Xiaomi is gearing up to release a brand new gaming smartphone — the Xiaomi Black Shark 2 Pro.

A follow-up to the Black Shark 2, the Xiaomi Black Shark 2 Pro is expected to have a few but major specs upgrade. From what it looks like, this device will be powered by the newly announced Qualcomm Snapdragon 855 Plus processor. 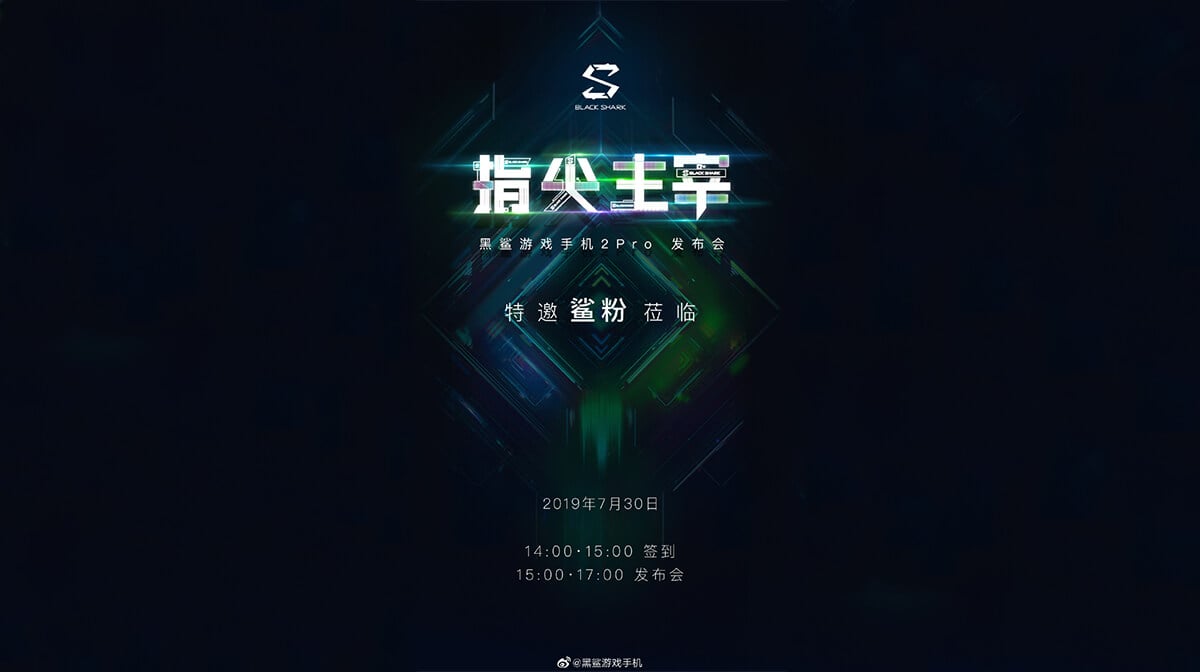 With this brand new chipset, you can expect a 15% boost in performance over the former. The core clock speed was boosted to 2.96GHz from 2.84GHz. The Adreno 640 GPU was overclocked too.

The Black Shark 2 Pro is expected to go against other Snapdragon 855 Plus-powered smartphones that are expected in the coming days and months. For one, the ASUS ROG Phone 2 is rumored to come with this powerful processor once it goes live on July 23.

Besides the brand new processor, we can expect everything to be left the same. The original Black Shark 2 came with a 6.39-inch FHD+ AMOLED display with a pressure-sensitive screen.

It also had a 4,000mAh battery with 27W fast charging support. A 20-megapixel selfie camera is seen on the front, while on the back there are a 48-megapixel and 12-megapixel (2x optical zoom) dual shooters.

We shall see what more the Xiaomi Black Shark 2 Pro has in store for us once it goes official on July 30, 2019.