Xiaomi has announced the list of smartphones that will get the Nougat upgrade.

After updating the flagship Mi 5 a week ago, Xiaomi has revealed the other smartphones that will get to taste the latest version of Android.

In a Weibo post, a company representative has confirmed that they are working on the development of Android 7.0 Nougat updates for the Mi Max, Mi 4c, Mi 4s, and Mi Note. 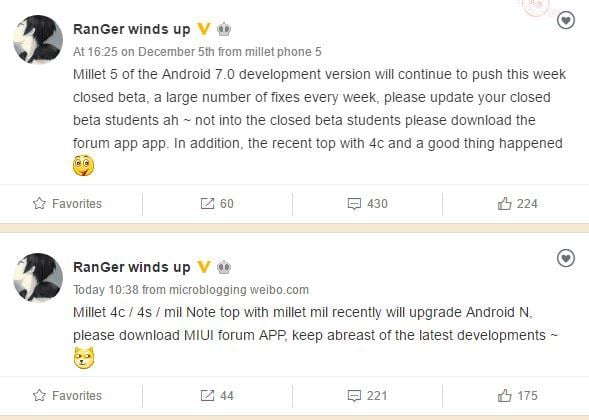 Other phones that have been recently confirmed to receive the upgrade include the high-end Mi Note 2, Mi 5s, and the bezel-less Mi Mix.

There’s no information on when will the upgrade push through, but some reports mention that it will be out by the start of 2017.