Smartphone manufacturers are trying their best on improving the design of brick style devices. Bezels get extremely thin, different materials are being used, etc. However, engineers can only do so much to make handsets look refreshing.

Which is why, for the longest time, brands are trying to come up with foldable smartphones. And in 2019, we expect these efforts to finally come into fruition.

We’ve already seen companies like Samsung and LG showcasing their attempts. This latest one is from Xiaomi, and it looks their foldable phone is already in its final stages of development as they were able to showcase it in a live video.

Check out this special video from #Xiaomi President and Co-founder Bin Lin, showing off a very special phone prototype… ?

What does everyone think we should name this phone? ?#InnovationForEveryone pic.twitter.com/1lFj3nM7tD

The video stars Bin Lin, Xiaomi president and co-founder, and the prototype device itself.

It shows Bin Lin confidently using the device as if it’s already the final product. He starts off using it completely flat. It looks like a tiny tablet that spans at around 7-inches diagonally.

Bin Lin then proceeds and changed the orientation to landscape, and folded both sides easily, transforming the device into a 5-inch-ish smartphone. 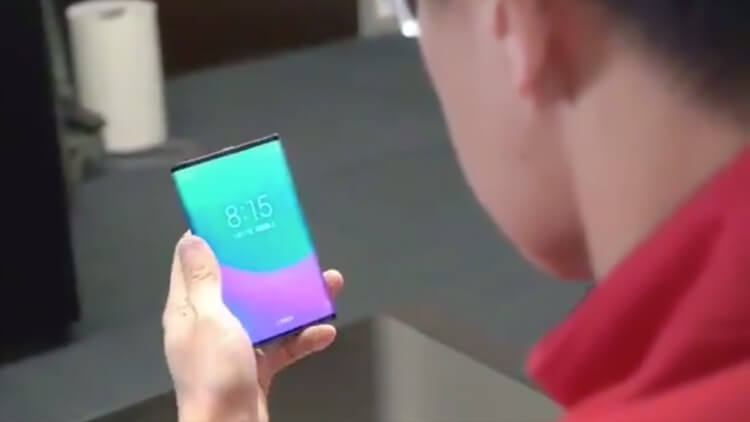 The company claimed that designing this smartphone encountered a lot of challenges. There’s the hurdles with MIUI interface adaptation, creating a flexible screen glass, the panel itself, and more. These are also the reasons why foldable smartphones, in general, is still in development.

Since customers opinion is always dear to Xiaomi, they are actually accepting suggestions for their upcoming foldable phone. They are also letting their fans decide whether to call it the Xiaomi Mi Mix Flexor or the Xiaomi Dual Flex.