The 2017 iPhones are already a few months old now. So, expect to see lots of leaks and rumors online regarding the upcoming successors.

With that, this first one that we have came from Mac Otakara, which is the same website who revealed that Apple was going to remove the headphone jack from the iPhone 7. It goes without saying that this site has some sort of credibility under its belt.

Mac Otakara was able to get their hands on the dummy units of the three upcoming 2018 iPhones.

As you can see, it appears that the entire line-up will now adopt the “bezel-less” design of the iPhone X. But disappointingly, they will still have the infamous display notch on top.

And now that we have truly bezel-less smartphones like the OPPO Find X and Vivo NEX S, it looks like Apple is now being left behind in the design game — something that they are prominently known for years.

Going back, Mac Okatara shows three dummy units. There’s the standard iPhone at 5.8-inches — which is expected to be the real successor to the iPhone X.

There’s also a 6.4-inch model, which we suspect to be the Plus model. Both models will be coming with an OLED panel, just like the previous model. 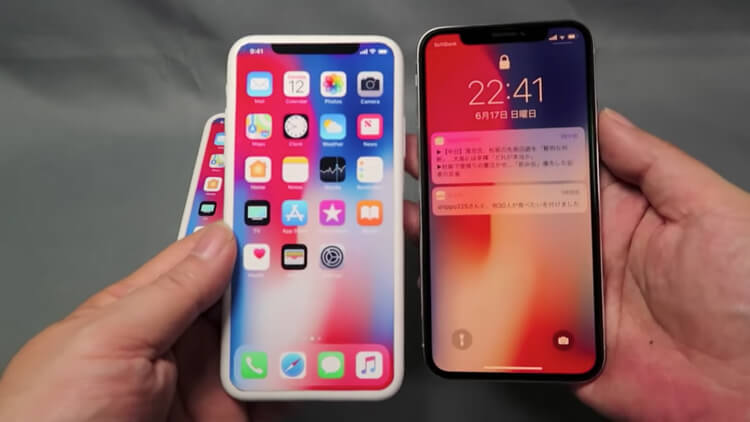 On the other hand, there’s the 6.1-inch iPhone sitting on the far left — which is said to be the budget model. Since it will be cheaper, the device might have an LCD screen which can also be the reason why it has relatively thicker bezels than the other two.

One of the main reasons why Apple finally opted to use an OLED screen for the iPhone X is because of its physical flexibility. These panels are bendable, which allows Apple to have the display controllers and connected to be placed around the actual screen. But with LCD, the connectors will be left on the bottom of the actual panel, hence, the thicker chin bezels. 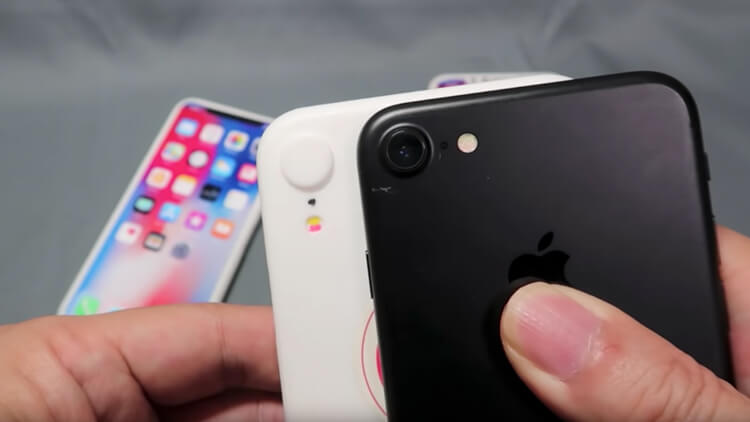 On the upside, budget iPhone is going to be one of the cheapest smartphones that Apple has ever made. Actually, the entire line-up is expected to be more reasonably priced than their predecessors.