There had been reports suggesting that Samsung is about to kill the Galaxy J series. Which is probably why we’re seeing a lot of news about their Galaxy A line-up, as it’s possibly going to be the sole bearer of Samsung’s budget-friendly line-up.

We already saw the Galaxy A30 and Galaxy A50 a few weeks back, followed by the more affordable Galaxy A10 a few days ago. But now, there are rumors that a Samsung Galaxy A60 is also on its way, and this latest leak has some of the important specs. 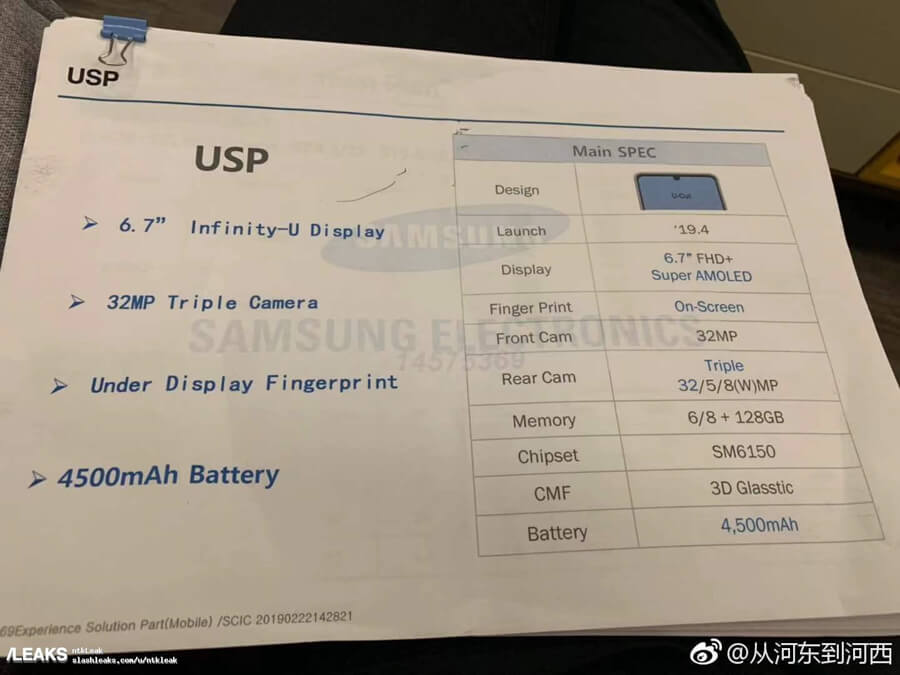 As per the pictured document posted on Slashleaks, the Galaxy A60 will feature three rear cameras. This first one will have a pixel-packed 32-megapixel primary sensor, followed by an 8-megapixel ultra-wide camera, and a 5-megapixel one, which we suspect is only used for depth-sensing.

In a surprising move, Samsung will be using Qualcomm’s chipset instead of their own. As per the document, the Samsung Galaxy A60 will feature the yet-to-be-released Snapdragon 6150 processor, with 128GB of storage and an option between 6GB or 8GB of RAM.

Being the top dog in the line-up, the device will also feature a gigantic 6.7-inch FHD+ screen with an in-display fingerprint scanner. And since it has a big chassis, Samsung was able to cram in an enormous 4,500mAh battery.

The official release details about this device is yet to be known.