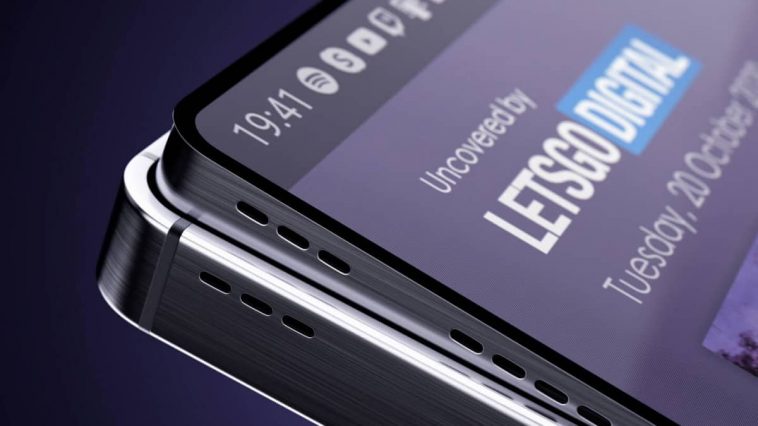 Known for its many innovations that make it one of the leaders in the tech space, Samsung is once again trying to push the envelope by patenting a design that seeks to differentiate the way we use our smartphone.

In a report by LetsGoDigital, Samsung is allegedly creating a schematic that incorporates a speaker chamber resonance within the device, consists of two different panels—front and rear.

Sandwiched in between the two panels are the smartphone’s speakers, selfie camera, microphone, and other sensors. The said components are bonded with the front panel and pop-out from the housing via a flexible screen.

See also: Vivo is working on a pop-up, detachable camera

The design, as it appears, is more than just for quirks. Rather, the blueprint is especially made with the audio in mind by enhancing its volume in a manner akin to how sounds are amplified when an audio source is placed in an empty glass.

While the overall layout is groundbreaking, the idea behind the concept is not, as previously seen with the LG G7 ThinQ.

Worthy of note is that this design is still just a patent application from Samsung and will not—at least, not in the meantime—see commercial release. However, it does present what could be a possibility with modern technology.