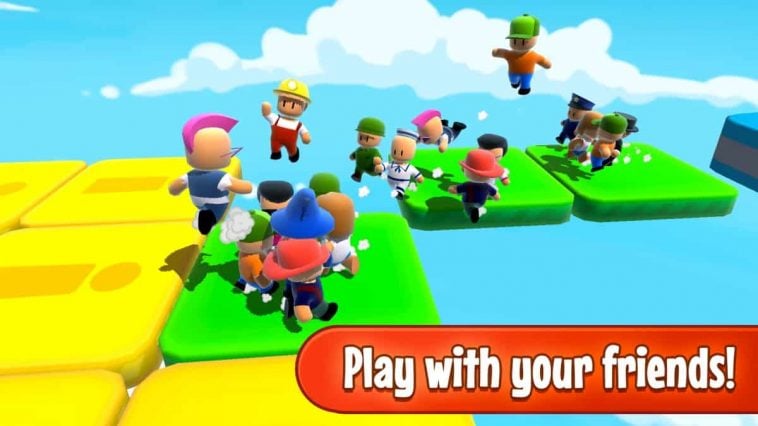 Borrowing the same formula that made the Wipeout and, more recently, the Fall Guys such a successful franchise, Stumble Guys brings the quirky multiplayer experience on mobile.

This is not to say that Fall Guys: Ultimate Knockout is not already slated to release on mobile. In fact, it’s set to release in China soon.

But as they say, the early bird catches the worm, and developer Kitka Games is taking advantage to find success in the genre before Fall Guys officially make its way into mobile, similar to what Rules of Survival and Free Fire did before PUBG Mobile was released.

Pretty much similar to Fall Guys in many ways, Kitka Games only adds its own take in the genre with its own flair on cutesy looks and ideas for a real challenging gameplay.

Sharing the same DNA as the aforementioned title, the Stumble Guys, at its core, is all about overcoming the trials and emerging victorious by being the first or the sole person to survive the overall ordeal—even if it means doing so at the expense of competing players.

Those who are interested in experiencing the same madness and amusement found in Fall Guys can download Stumble Guys on the Google Play Store. Since the game is still in its early stages, do expect some bugs.