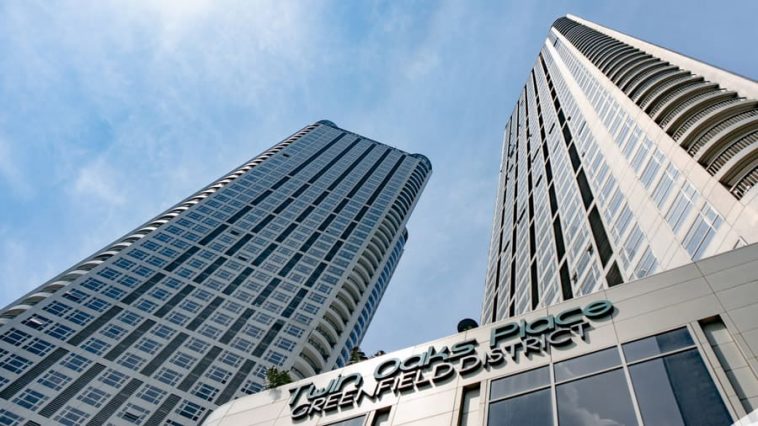 The Philippine Competition Commission fined a condominium in Mandaluyong for an apparent exclusive internet deal.

Apparently, Twin Oaks Place condominium in Greenfield District by the Greenfield Development Corporation only allows its residents to subscribe to internet services of its subsidiary, Leopard Connectivity Business Solutions Inc.

This means that its residents cannot subscribe to their preferred internet service provider (ISP) as their only option is the developer’s own internet company.

The Statement of Objections was filed back on December 29, 2020. Albeit, the charges were only made public by the PCC last Monday.

Greenfield Corp. owns both the condominium building and Leopard Connectivity. The latter operates the Twin Oaks Place Fiber Network, the provider for fixed-line internet service in all of Greenfield properties.

The residents of the said condominium building made a complaint to the PCC as they have no other alternatives than Leopard’s supposed slower speed, higher price, and unreliable internet connection.

Apparently, Leopard’s 20Mbps plan costs Php2,699 per month. Other ISPs can already offer 50Mbps to 70Mbps for the same price. Meanwhile, its Php3,500 plan only has 40Mbps, while others already offer 100Mbps to 150Mbps speeds.

As per the PCC Enforcement Office, Greenfield and Leopard Connectivity abused their dominance as the condo’s developer and fixed-line provider as they prevent other ISPs to provide services to their residents. Such a move violates the Philippine Competition Act.

PCC Chairman Arsenio M. Balisacan said that entities found guilty of abusing their dominance in the market could be fined up to Php110 million.

Internet in the Philippines