Huawei has announced a new addition to its growing smartwatch line-up. Meet the Huawei Watch GT 2e, a new accessory aimed for the young and sporty people.

The new Huawei Watch GT 2e is made of stainless steel with radial pattern designs on the bezels and integrated strap. Despite being integrated, it still has the signature quick release strap feature of its predecessors to make it more comfortable and easier to use.

Huawei says the new Watch GT 2e can last for up to 14 days on a single charge because of its highly efficient Kirin A1 processor. Workouts like running, hiking, and riding can be tracked for up to 30 hours. Meanwhile, continuous music playback can last for up to 24 hours.

For those who are focused on health and fitness, Huawei has a total of 100 workout modes and it also includes automatic detection for common exercises like walking, running, and elliptical machines. 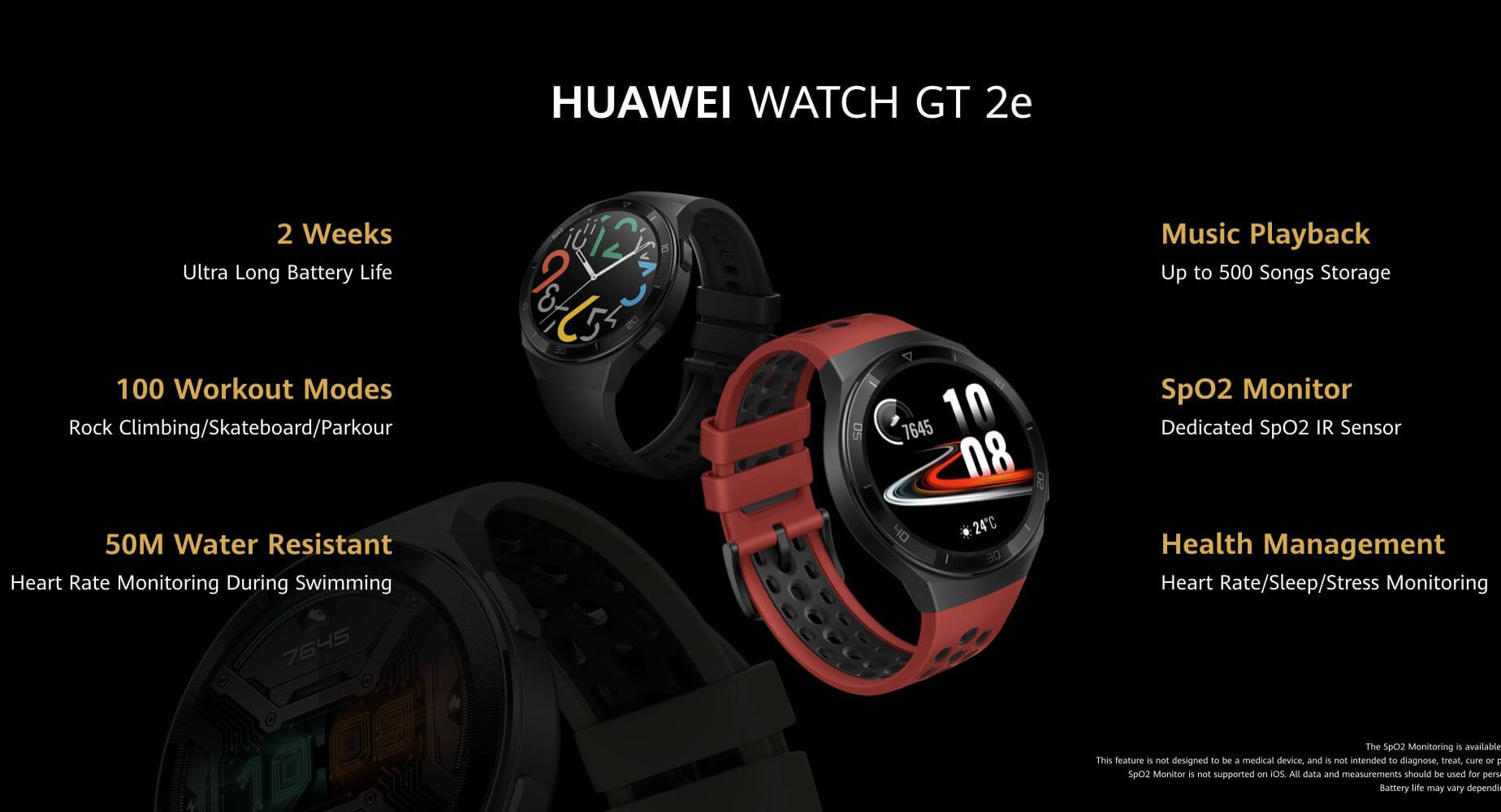 For the fitness focused, Huawei’s tracking options now include 100 workout modes, with added options like rock climbing, skateboarding and parkour as well as automatic detection for a few basic workouts like running, walking and elliptical machines.

Huawei Watch GT 2e can measure heart rate even while going on a swim. Speaking of which, it’s also waterproof for up to 50 metres so you don’t have to worry that it will break. In addition, a dedicated SpO2 can be used to measure the oxygen saturation of the blood.

When you pair it with a smartphone, you may use it as a shutter button remote so you can take pictures even without touching your handset. In addition, notifications will be sent directly to your wrist.

Like previous Huawei smartwatches, the operating system used is proprietary and generally health-focused.

The Huawei Watch GT 2e is priced at €199 (~Php11,200) but release date is currently unknown. But based on the Huawei P40 series’ upcoming April release, we expect it to come to the market shortly after.