Budget-friendly phones seem to be quite a trend in CES 2014, as Acer has also unveiled a new smartphone for the low-end market. The new Acer Liquid Z5 is a 5-inch smartphone with a dual-core processor, 5-megapixel camera, and Android 4.2.2 Jelly Bean.

The successor to the Liquid Z3, the Acer Liquid Z5 seems disappointing in terms of raw processing power—a 1.3GHz dual core MediaTek MT6572 processor with 512MB of RAM and Mali-400 MP GPU—given that even our own local offerings have already set quad-core processing as the standard. Screen resolution is also subpar when qHD resolution appears to be the accepted low-end norm. 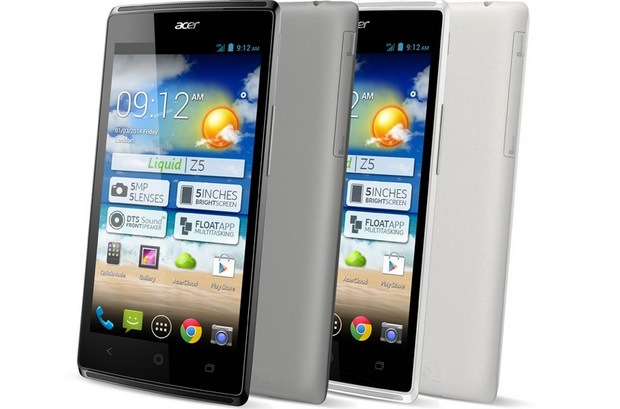 Certain features, however, do make the Acer Liquid Z5 a good buy. For one, the company is touting the 5-megapixel rear camera because of its better performance in low-light settings. Among the UI tweaks is the company’s own AcerFloat that helps with multitasking needs and AcerRapid for better controls in one-handed operations.

Other features include dual-SIM configuration and DTS sound enhancement. Available color variants are “Essential White” and “Gentle Grey.” There are also four predefined user profiles in Quick Mode, each of which is catered to different users (kids, seniors, and the Android novice vs. power users).

The Acer Liquid Z5 is first headed to select European markets sometime this month and will be priced at €169 (around Php10,250). No word on an exact release date and pricing for the Philippines is available.