There are a lot of areas where a smartphone manufacturer should give attention on to make sure their business generate revenue. One of them is by having a diversity in their product offerings.

That’s why we’re seeing a wide variety of devices that’s circling around the market; dual-cores’, octa-cores’, and the infrequent, the hexa-cores. By this strategy, these companies are able to hit almost every market available, from the ones who are looking for a low-end device, to an high-end one, and everything in between, all of them are being catered.

Now I’ll bring you a device that’s in between those market, a hexa-core device, the Gionee GPad G5. Priced at only Php 9,499, will this handset satisfy its prospected customers? Let’s find out!

Boy, this device is a one hell of a charmer. Well, I have praised this phone before on my unboxing and initial impressions, and you will see on that article how I fell in love in this device. This device has a 5.5″ display, which gives it a perfect height; not too large yet not too small in the hands. Plus, its width is also not too thick, nor too thin. The device has just the right thickness too make you feel as if you are holding an ultra-thin device, without sacrificing the ergonomics. 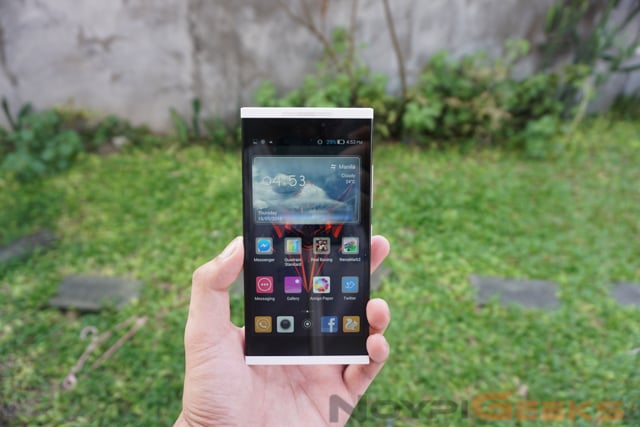 Gionee Gpad G5 is mostly constructed in plastic, which is actually advantageous as it made the device really lightweight. Note that, the G5 doesn’t feel any cheap because of this, the overall aesthetic has a matte finish, which gives it a pretty premium look. The top and the bottom part of the device were constructed with a brushed metal material, which gives it a more industrial and solid look. The device really look sumptuous.

Taking a tour, we got the a 5.5″ HD display in front that’s covered with DragonTrail glass. This device is really a stellar as the glass extends a little to the edges. We also have a 2-megapixel front-facing camera, capacitive buttons, and an earpiece, which is kinda lengthy to match the device’s exceeding glass frame. 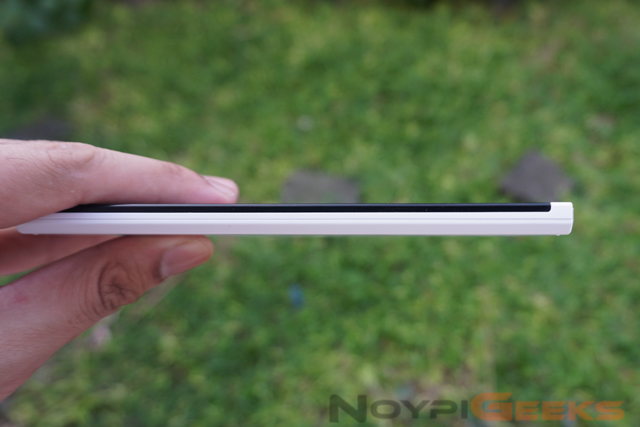 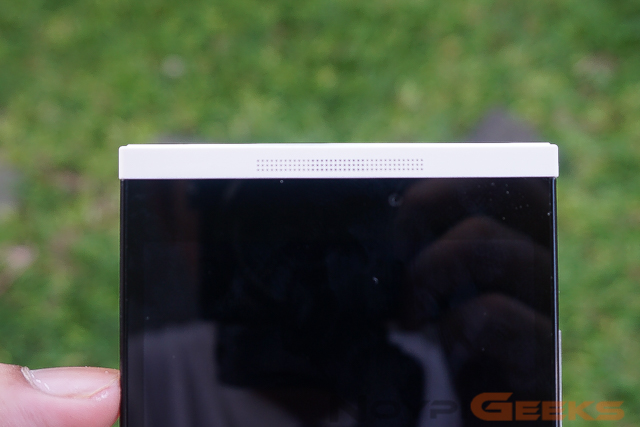 The left side is clean, while the right has the very tactile volume buttons and the lock/power switch. These buttons are also made with metal, which feels very nice when touched and pressed. 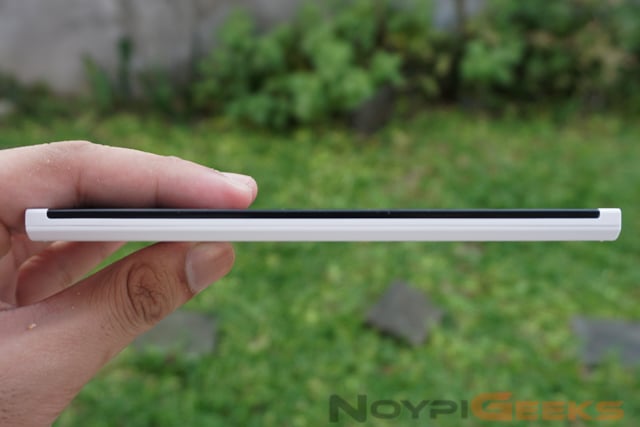 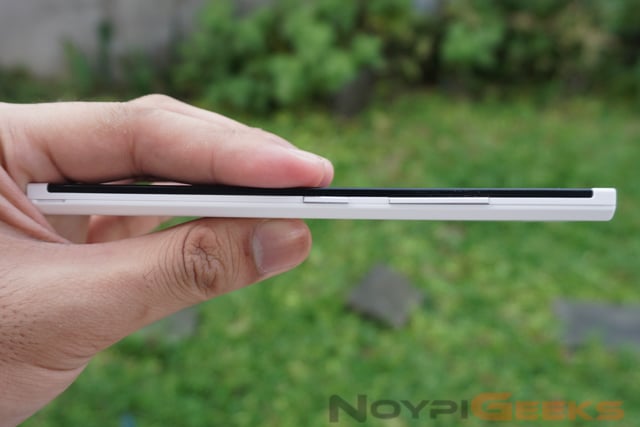 The top has the 3.5mm headphone jack, while the bottom has the built-in microphone and the microUSB port. 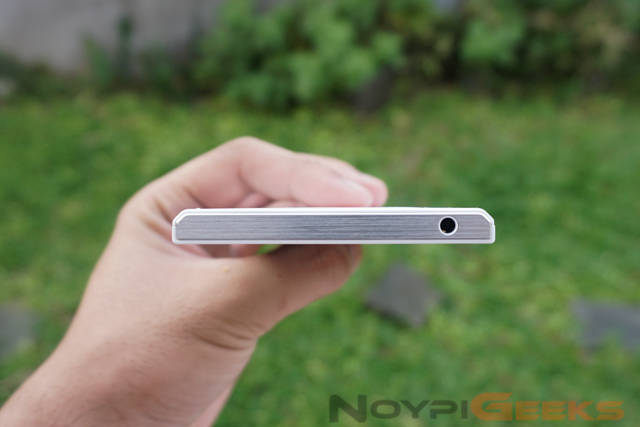 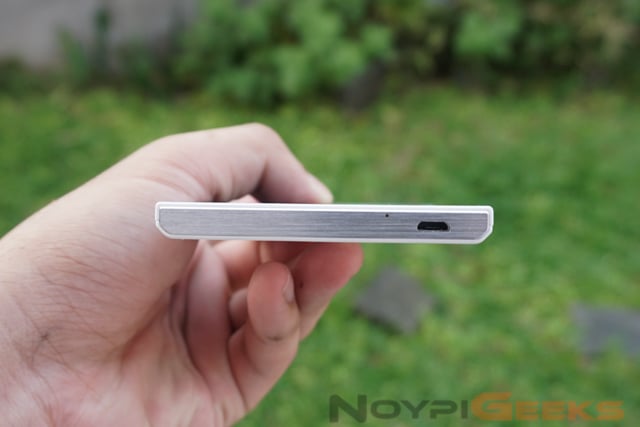 At the back we got the 8-megapixel primary camera with LED flash, and the stereo speakers. 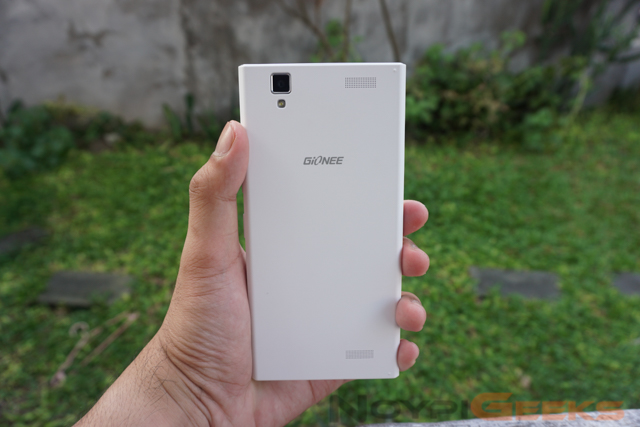 Talking about these speakers, well, they are just simply impressive. It boasts a YAMAHA drivers with DTS Surround Sound. The volume is loud, and there’s really a stereo effect on its outputs. You could actually hear when a vehicle on a movie move from the left side of the frame to the right side. It’s a bit identical with speakers that the HTC devices have, only that these are placed at the back, rather on the front, which is kind of a bummer, but still pretty amazing. 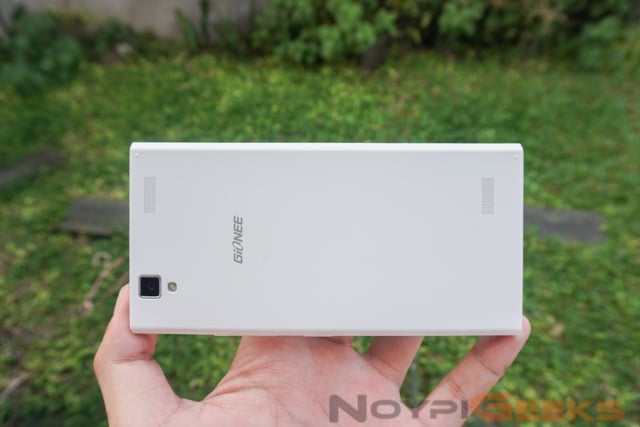 Popping out the removable back panel shall reveal the two sim card slots and a microSD card slot, which is unfortunately only capable of up to only 32GB. 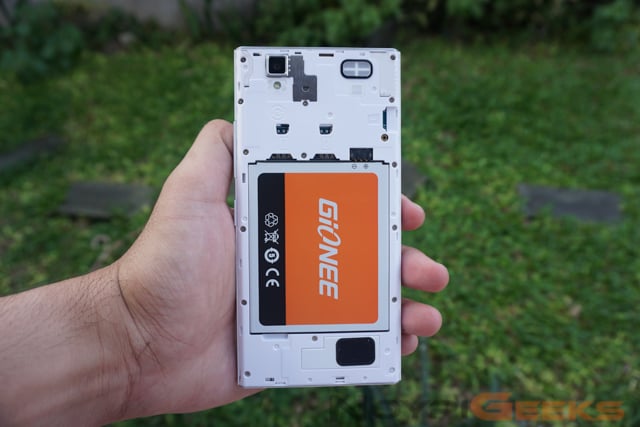 The Gionee Gpad G5 has a 5.5″ HD display, with 720×1280 resolution, and has a 320 pixels-per-inch density. The whole panel is also covered with Dragontrail  glass, which means it can withstand some light beating.

The display quality is middling on this one. It has some low contrast ratio and the saturation is a bit lackluster. The blacks aren’t deep black. As a result, viewing angles are also a bit awful on this one. 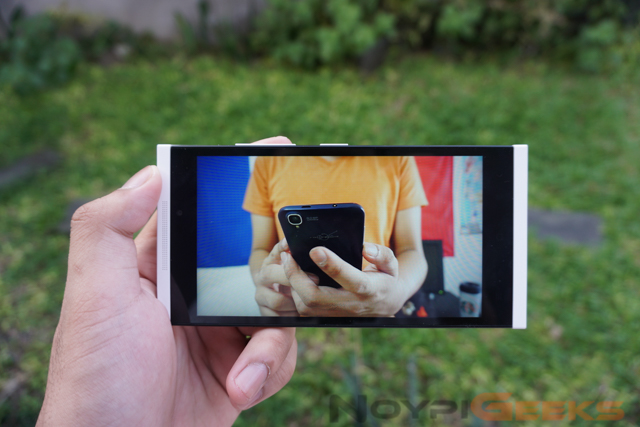 But there’s one thing to love on its display: the media playback is great. Watching movies or any other clips is a wonderful experience.  Of course, the display quality isn’t that great, but the broad 5.5″ display kind of mimics a widescreen TV, which is perfect for a cinematic experience. Also, some software tricks made every video being played as if they are all shot in 60 frames-per-second, so the movements are smooth and pleasing in the eyes.

The Gionee G5 is running under Android 4.4.2 Kitkat. The UI is aesthetically great, but performance have been quite sacrificed. The stock Android experience is buttery smooth itself, but trying to top it with a 3rd-party UI is a different story. There’s some tiny jerks when browsing the homescreen; it feels like some frames and dropping. This minuscule issue may not affect some, but if you’re a stock-Android kid, you’ll really hate the struggle. Hopefully, Gionee issues a future update to their Amigo UI to rectify the issues. 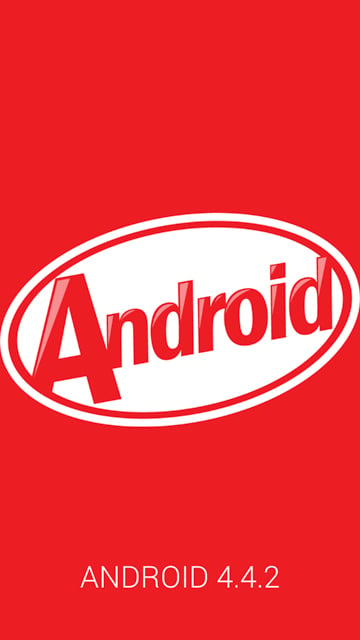 Nevertheless, the UI is still good-looking as ever. The company’s very own Amigo UI has been revamped and packed with more fundamental features. Probably one easily noticeable improvement is, finally, the addition of the App drawer. The App drawer is a significant part of the Android Software over the years, and removing it causes hassle and confusion. Also, another new-fangled feature is the preinstalled RAM cleaner, which can be found on the drop-down menu, complete with a single button, memory info, and a bizarre animation. This feature is very essential as the device only has a limiting 1GB of RAM. This is the same notification shade on the Gionee S5.5. 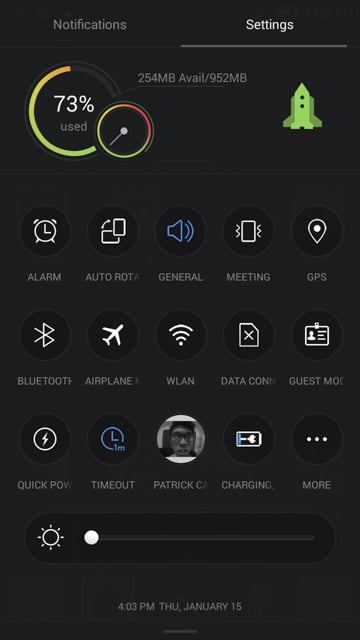 Other software features are very familiar. Smart gestures are present: Double tap to wake, Pick up the phone to answer the call autimatically, draw a special shape to wake the device or open an app instantly while the device is at sleep. An on-screen button is also present, which carries different shortcuts to any app or command.

Check out the some of the UI’s look:

Hexa-core devices are really here to stay. Like I said earlier, the diversity on the devices that are available in the market benefits the consumers that are coming from different purchasing capability. The device runs on MediaTek’s 1.5Ghz hexa-core processor, with 1GB of RAM and Mali-450MP GPU.

Performance have been fairly impressive. The six-core processor handled games well, no visible frames dropped. Stutters or hiccups may occur at times, but only in very rare occasions like opening a power-demanding app or a surprising explosion from an FPS game.

The only worry is, there’s only a 1GB of RAM that comes along with the device. This memory capacity may not be ideal for the device’s attributes, but considering the price tag, it’s hard to complain. Thus, multi-tasking is second-rate on this one. Switching between applications may be bumpy, and programs tend to restart when you switch right back to them. Of course, switching over from Chrome and social media apps are pretty doable as they’re just light on memory. I’d say it can handle around 3-4 apps simultaneously.

Check out some of these benchmarking tests results:

The device is powered by a 2400mAh battery which is quite small on paper. 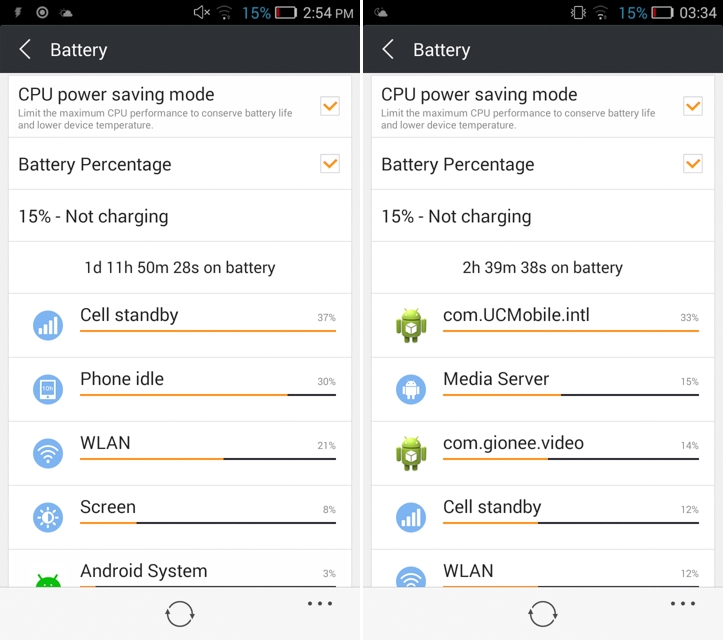 The phone was able to decently last for up to one and a half day with light to moderate use, and a disappointing two and a half hours of heavy use. I would like to note though, the test that I have ran on the latter was a loop of a video clip with the volume maxed out.  Mind that the device has a stereo speaker, which can dramatically consume a lot of juice, in contrast to only web browsing for hours or any other intensive  smartphone usage.

But on normal usage, I am always able to get a day’s worth of usage and I usually arrive at home with 20-30% left.

Gionee Gpad G5 boasts an 8-megapixel primary camera and a 2-megapixel front-facing one.  Given that the lighting is great, the snaps it can take are superb. It has great contrast and the saturation is well-balanced. It can also offer shots with shallow depth-of-field, but again, it requires some good lighting. 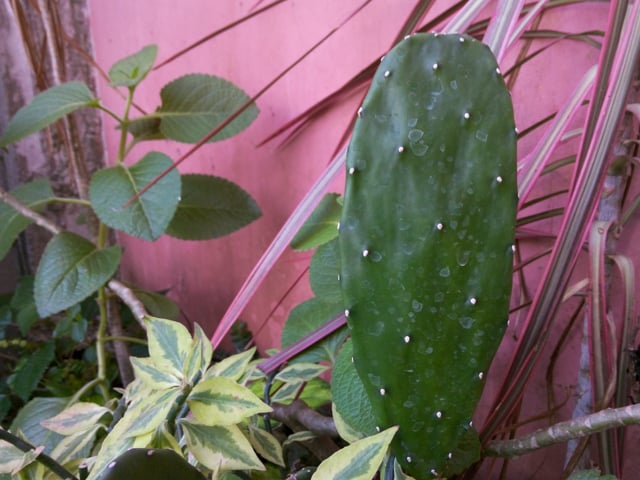 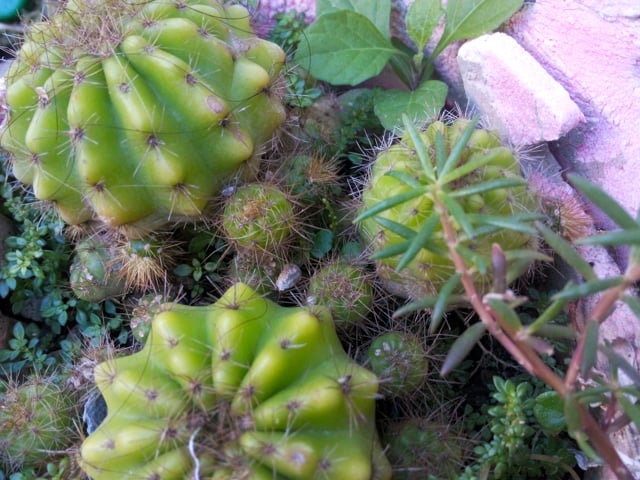 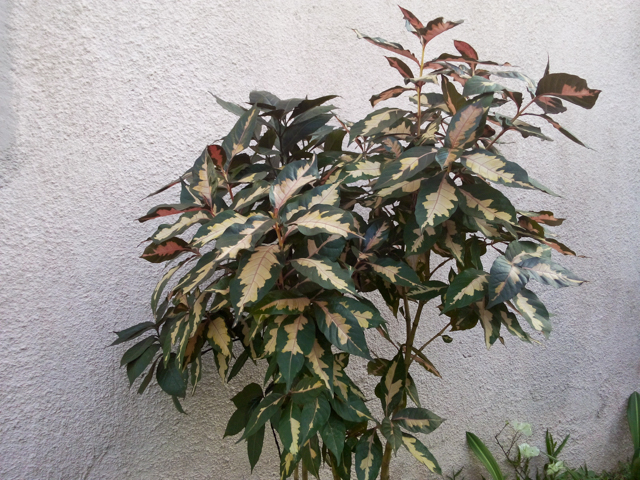 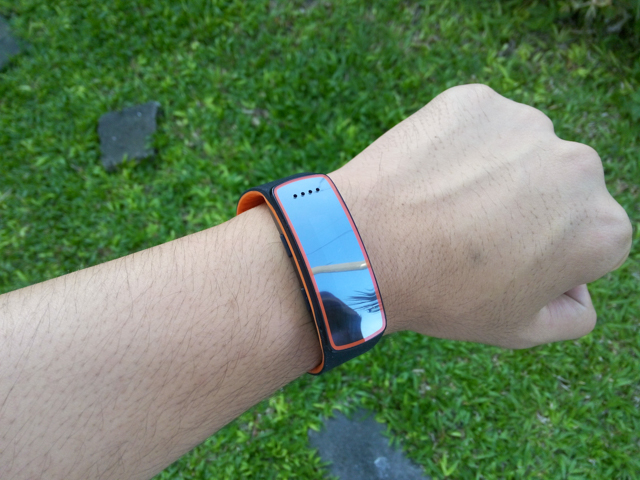 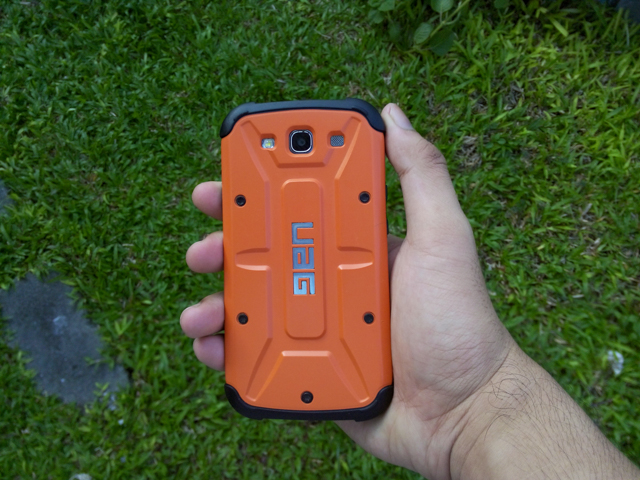 Indoor shots are also impressive. Of course, noise and grains are more visible during low-light scenarios, but the shots that this one can produce are still pretty usable. 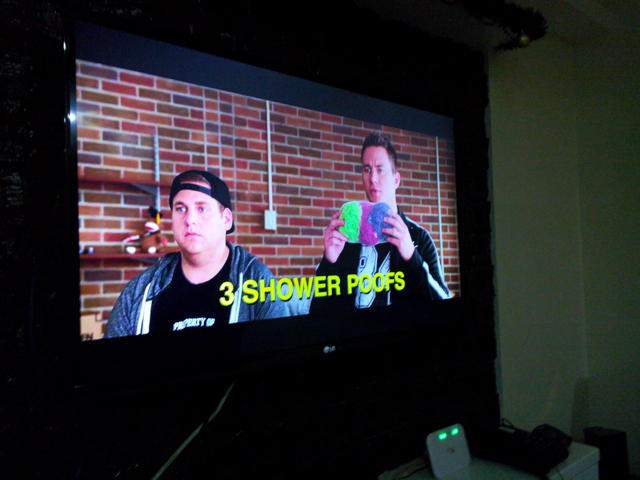 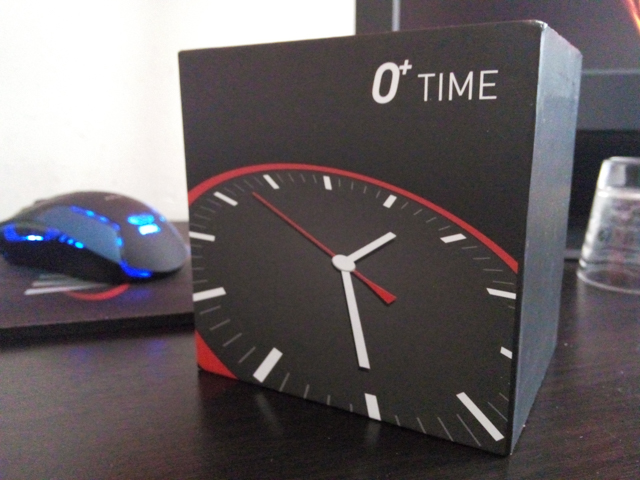 The device can also record videos for up to 720p with 30fps. The quality is fairly the same with the quality of the stills it can produce. There’s also an Electronic Image Stabilization present to give a leg up to those shaky, handheld shots.

Almost all of the devices that are on this price range tend to obtain some appealing spec sheet, but a hideous hardware and design. But, it’s a different story with the Gionee Gpad G5. You are getting a proportion of a smartphonewith potent performance, and a good-looking body. 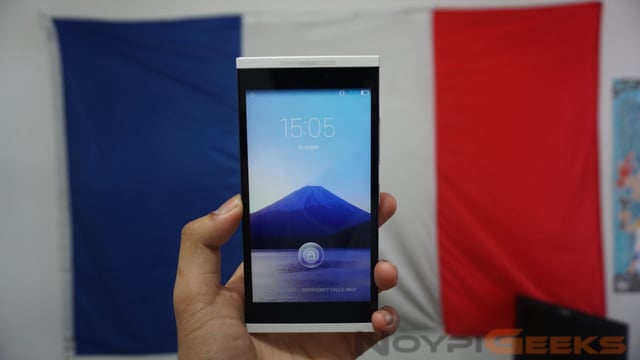 Right off the bat, you could really tell how wonderfully constructed this one it, aesthetically. The 5.5″ display, the Dragontrail Glass that exceeds to the sides, the metal bottom and up, and the matte plastic material that surrounds mostly of the device, which gives it a light weight that increases ergonomics. Also, we got the stereo speakers and widescreen display, which are great for media consumption.

Although, given that there are a lot of competing devices are packing an octa-core processor, some people might say that a six-core chip might be insufficient. Well, for me personally, the MediaTek’s 1.5Ghz hexa-core processor has been a good performer, and was able to deliver and cater my needs. Gaming, playing media, and any other day-to-day tasks were handled well.  The only thing is, the 1GB of RAM is really limiting, and multi-tasking is an average experience.

That having said, if you’re looking for a chic and stylish device without having to spend a fortune, this Php9,499 device is worth your penny. But, if overall snappy and monstrous performer is your liking, then you might better off with something else that has greater processors, at the same price tag.