Huawei took the wraps off two of its latest smartphones that landed the Philippines.

The two smartphones comprise of the flagship Mate 9 and the budget GR5 2017. The Huawei Mate 9 is the latest high-end smartphone from Huawei and it comes with dual-lens cameras with the Leica badge at the rear. The Huawei GR5 2017, on the otherhand, also features dual-lens cameras but with a far cheaper price tag. The GR5 is touted as the most affordable smartphone with dual cameras. We’ll take a closer look at the specifications of both smartphones.

The Huawei Mate 9 is a sophisticated device and it offers quite a number of important improvements over its predecessor. It adopts a sleeker look design wise with a rugged, yet premium build.  The handset features a 5.9-inch display with Full HD resolution and is powered by Huawei’s latest Hisilicon Kirin 960 chipset which has been discovered to be way ahead of other chip models in smartphones currently in the market. The Kirin 960 processor happens to be the first chipset to utilize a setup made up of 4-Cortex A73 and 4-Cortex A53 CPU. There is also an i6 co-processor and the Mali G71 GPU to go along with it. The phone also comes with 4GB of RAM, although there are reports that Huawei just released a 6GB RAM version. 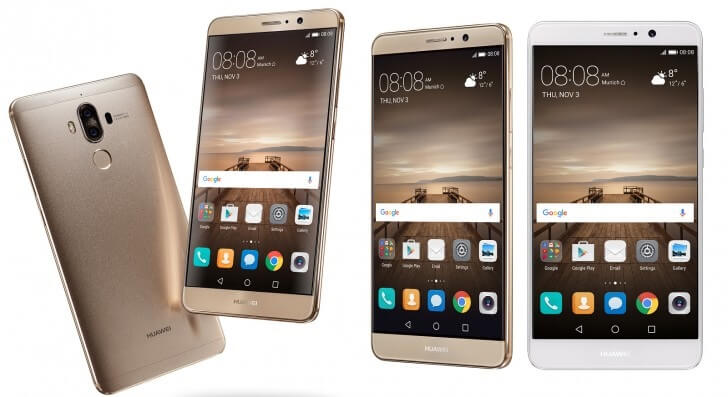 The Huawei Mate 9 doesn’t really disappoint. Not only that it’s packed with powerful internals but it’s also lit in the camera zone. Packing a dual camera setup at the rear co-engineered by Leica and comprised of a 20MP + 12MP sensors  with laser focus, phase detection focus, depth focus, and contrast focus, all geared towards producing stunning shots. The Mate 9 also packs an 8MP front-facing camera for stunning selfies. There is also a large 4,000mAh battery with SuperCharge despite the power efficient Kirin 960. So what you get is a powerful device which exerts less strain on the battery. Moreover, the SuperCharge technology gives the Mate 9 enough fire power to last for up to one whole day from just a 20-minute charge.

On the software angle, the Huawei Mate 9 runs on the company’s Emotion UI 5.0, the latest in the mix. The OS is based on Android 7.0 Nougat and it features Machine Learning Algorithm, which enables the device to understand and intelligently adapt to the user’s usage behavior.

The Huawei Mate 9 is available in Champagne Gold and Mocha Brown colors and is already up for grabs at all Huawei Experience Stores nationwide for Php31,990.

Huawei GR5 also comes with a dual camera setup and a premium build but Huawei made this one way more affordable than its flagship phones. The GR5 2017 comes with some important improvements over previous versions as well. 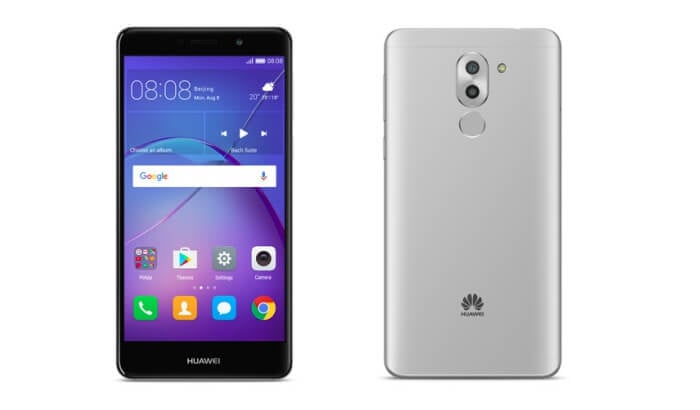 The smartphone comes with a slim metal design as well as a 5.5-inch Full HD display which gives users a great viewing experience. The phone sports a matte finish at the rear which makes it difficult for the phone to slip off the hands and makes up for an easy one-handed operation.

The Huawei GR5 2017 (aka Honor 6X / Mate 9 Lite) is powered by an updated Kirin 655 chipset with an octa-core processor and i5 co-processor. The processor is backed by 3GB of RAM which should allow the usage of multiple apps simultaneously without issues. There is also 32GB of storage space on the device as well as a modest 3,340mAh battery with intelligent power-saving technology which is touted as capable of lasting up to 1.5 days of heavy usage. There are three power saving modes available to help minimize the battery drain.


The dual camera setup onboard the GR5 2017 comprise of a 12MP main lens and a 2MP secondary lens which gives cool Bokeh effect. There’s also a 0.3 seconds autofocus speed and a Pro Photo mode for those who prefer more advanced setting adjustments.. In addition, the smartphone runs on Android 6.0 Marshmalllow from the get go and packs a rear mounted fingerprint sensor which unlocks the device in just 0.03 seconds and can function properly even with wet hands.

Coming to the price, the Huawei GR5 2017 carries a price tag of Php13,990 and is available at all Huawei Experience Stores nationwide. The phone comes in Gold, Silver, and Gray color variants.