Huawei just unveiled their latest flagship line-up that focuses on photography. Here we have the Huawei P30 Pro, the more interesting half of the powerful duo.

We’re yet to test this device for our full review. But for the meantime, we would like to share our Huawei P30 Pro hands-on review to give you our initial thoughts and first impressions with this latest smartphone from the Chinese tech giant. 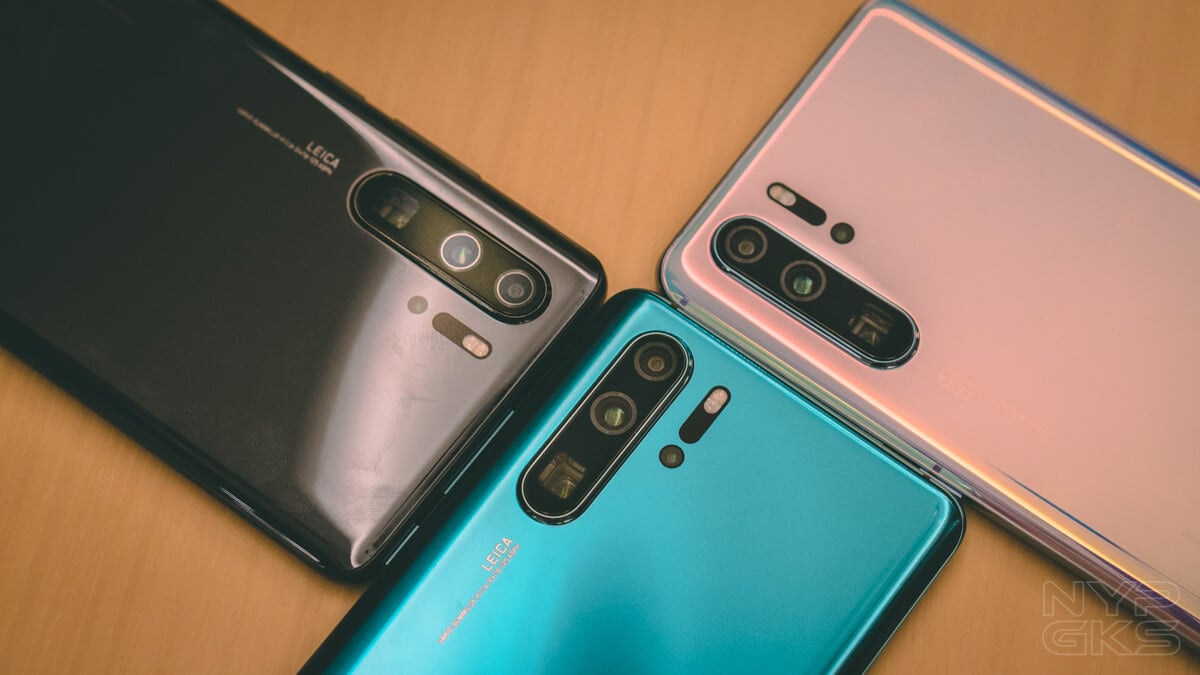 Obviously, the first thing that you’d notice on this device is its design. The P30 Pro looks and feels the same on the hands as the Mate 20 Pro from a couple of months ago. Thanks to its ultra-thin design, curved edges and corners, and tall screen, the P30 Pro feels extremely premium and ergonomic design.

Speaking of the display, what we’re dealing here is a 6.47-inch OLED screen with an FHD+ resolution. It also has a fingerprint scanner embedded right on the display. A 1080p+ resolution might be slightly inferior to the QHD+ panels that flagships like the Galaxy S10 have, but I doubt that most people would notice the difference. 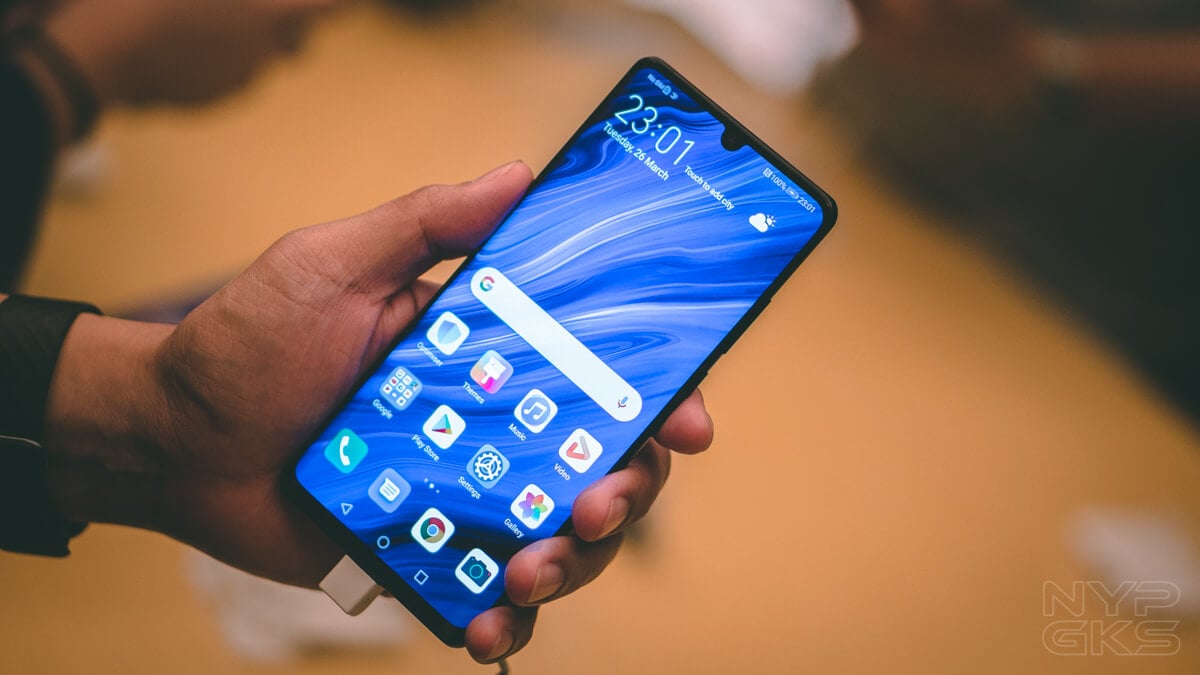 Also, having a lower-resolution screen is good for the battery. This thing has a 4,200mAh capacity, with an impressive 40W SuperCharge technology, and Reverse charge feature that allows you to share battery power with other wireless charging devices.

Being part of their P-series of smartphones, Huawei made a huge deal about the P30 Pro’s cameras. Which is why we’re excited to test it out during our initial time with it. 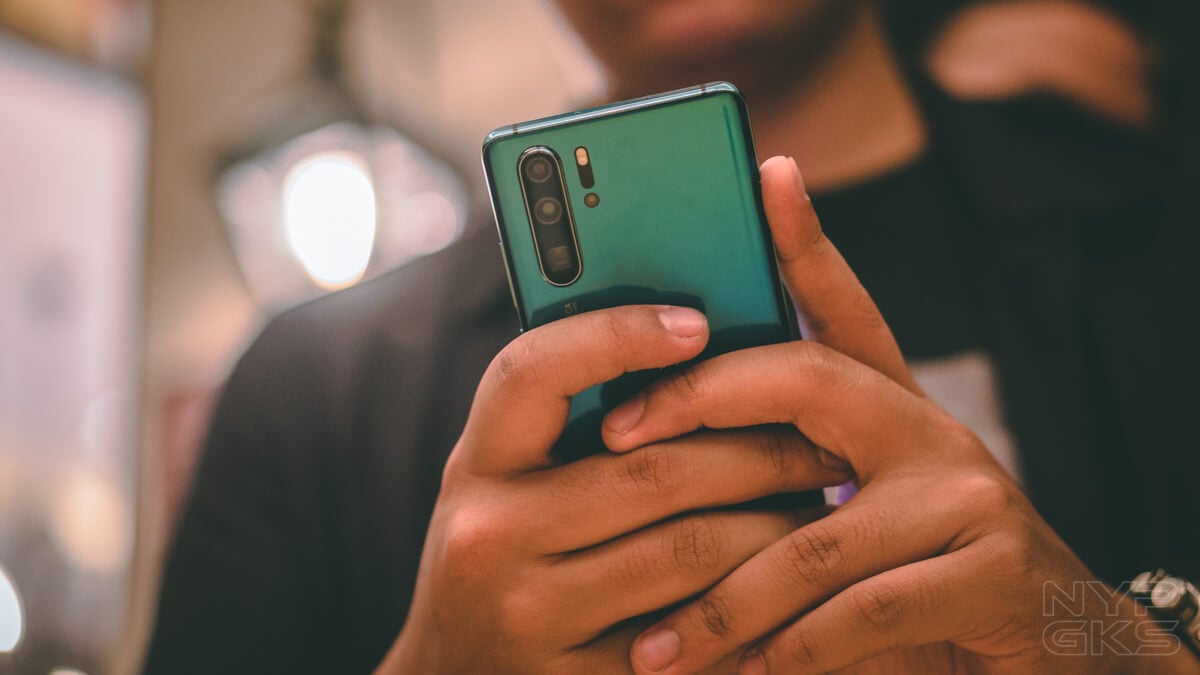 The initial shots that we’ve taken with its 40-megapixel camera were unsurprisingly good. The 20-megapixel ultra-wide angle shooter also performed well. However, what really blew our mind was its 8-megapixel periscope zoom.

When the 5x telephoto and digital zoom join forces, you can get an impressive 50x of hybrid zoom. Stretching it to 50x zoom results to a pretty grainy photo, but the image is still workable. Plus, the fact that this much zoom is plausible on a smartphone is really impressive.

There’s also the 32-megapixel front-facing camera that sits on the dewdrop notch on the front. The initial selfies that we took looks good so far, however, we still have to test it further to give a final verdict.

Huawei was also bragging about the P30 Pro’s maximum ISO of 409,600, which basically allows you to see in a really dark environment. We shall test that feature, plus all the camera marvels of the Huawei P30 Pro, in our full review.

Well, that’s it for now. Make sure you stay tuned as we’ll be publishing our full review of this device in the coming weeks. For the meantime, you can check out more details about the Huawei P30 Pro and its smaller brother here.