The world’s first Tango-enabled smartphone makes its way to PH.

The Lenovo Phab2 Pro is the outcome of the partnership between Google and Lenovo. While its main feature is probably the next generation augmented reality implementation, it also boasts a great set of specifications.

There’s a 6.4-inch Quad HD IPS screen in front together with an 8-megapixel camera at the top. Flipping the device around shows the three rear cameras placed at the back – making the Lenovo Phab2 Pro the first ever smartphone to sport a total of four cameras. It’s meant to help elevate the VR and AR performance of the phablet. 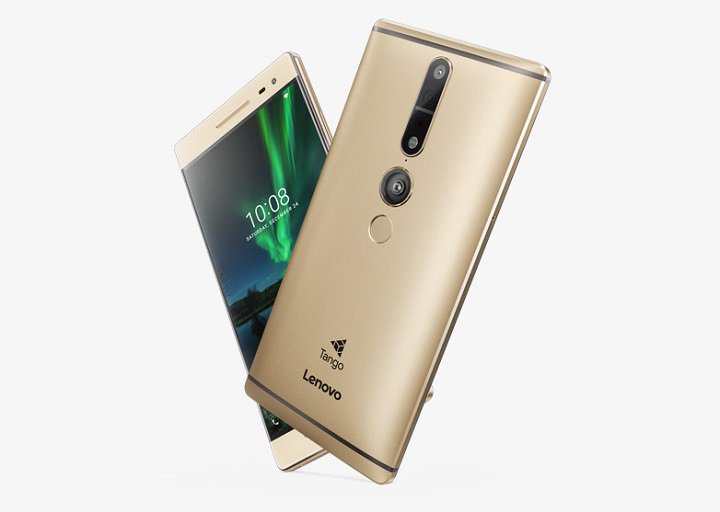 Qualcomm’s Snapdragon 652 powers the device together with an Adreno 510 GPU and 4GB of RAM. There’s no shortage when it comes to storage, as it comes with 64GB out of the box with the option to further expand it up to 256GB. It’s quite thick at 10.7mm, but that’s probably due to the multiple camera setup. It would have been great if Lenovo placed a bigger battery inside, considering its QHD resolution and VR/AR usage would quickly drown the battery.

Even though it’s supported by Google, it’s currently running on Android 6.0 Marshmallow which is a step older than the latest version. Whether this handset would get special treatment for updates from Google remains to be seen. But as of now, it seems like the Tango technology is their main focus.

The Lenovo Phab2 Pro official suggested retail price in the country is Php24,999 and it’s now available on Lenovo stores nationwide. The package comes with JBL earphones as a freebie.