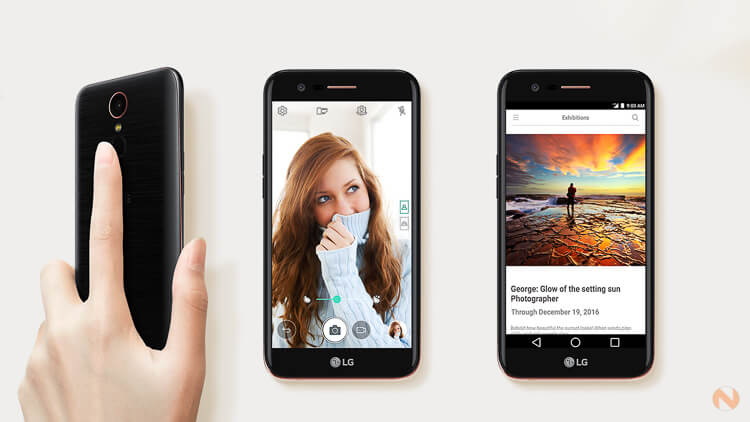 Another day, another selfie smartphone. Popular Chinese brands like OPPO, Huawei, and Vivo are populating the local market with devices that have some ridiculously spec-ed out front-facing cameras, with the actual primary camera at the back being left behind.

And here comes the LG K10 2017, a budget device that’s marketed with a good front-facing camera, but still made sure that its users would still use the rear shooter often. This thing has a single 5-megapixel sensor at the front, which is covered by a 120-degree wide-angle lens. This camera and lens combo make it ideal for taking group shots, or as the kids would call it – “groufies”.

However, due to its wide field-of-view, I’m not entirely sure if the single camera at the front will work well with self-portraits (selfies) as images tend to appear slightly distorted with this kind of lens. That’s the reason why some manufacturers go with the dual front-facing camera route, so the users can easily switch between two different lenses that will be fitting to the picture they will be taking. But despite the impressive front camera, the rear camera of the LG K10 2017 still takes the spotlight, unlike most smartphones today that somewhat neglected it in the expense of the users having a better selfie experience. The primary camera sports a 13-megapixel 1/3-inch sensor with an f/2.2 lens.

Other than the cameras, the LG K10 2017 also has other impressive features. For one, it has a fingerprint scanner at the back, one of the staple features of any recent LG smartphone. There’s also a 2.5D Arc glass at front which is said to give an “amazing: feeling when holding the device.

The LG K10 2017 will be available for only Php8,990. And for that price, LG has created a pretty compelling device. The handset looks very appealing – at least on paper. The only possible compromise I have noticed is the second-rate processor brand and the not the best-in-class display resolution. But considering the price tag, getting an octa-core chipset and a 720p panel isn’t so bad at all.