Nubia, one of the many Chinese smartphone manufacturers, announced a new device that’s included in their M2 series. Meet the Nubia M2, a smartphone that’s currently available only in India.

This device comes out a few weeks since the company made the Nubia Z17 mini official. Nubia’s release after release of new devices is an evidence that clearly shows the aggressiveness of this Chinese aspirants.

The Nubia M2 Lite‘s higher-end brother, the Nubia M2 shares almost the same characteristics with it but only with some compromises to help it achieve the “Lite” title. For one, the Nubia M2 Lite only has a MediaTek octa-core processor rather than the Qualcomm Snapdragon octa-core that the standard M2 has. Also, the M2 Lite is being powered by a 3000mAh battery, while its counterpart enjoys a 3630mAh capacity. 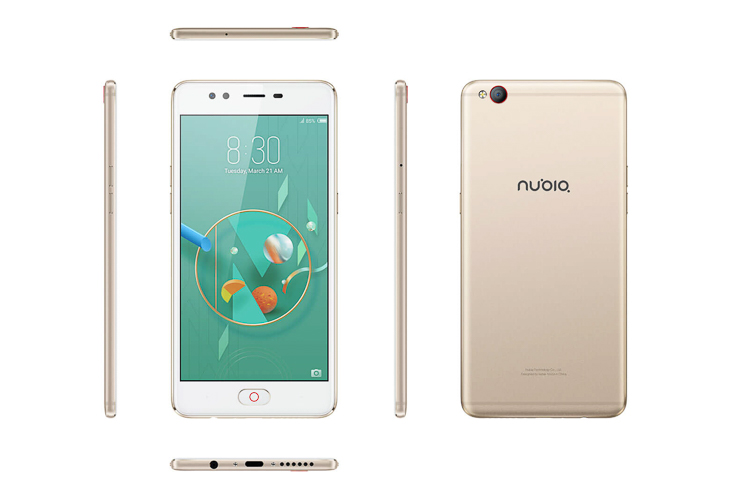 Probably one bizarre difference is the display. Like most Lite-ified devices, manufacturers would usually shrink down the display size of the Mini/Lite version. And obviously, that’s not the case here.

Both of the standard and condensed version still share the same 5.5-inch screen size, and what Nubia did to differentiate the two is change the screen resolution. The Nubia M2 Lite only has a 720p display, while the other one has a sharper 1080p panel.

Both of these handsets also has different camera setups so you can clearly tell them apart. The Nubia M2 has a dual-camera thing going on at the back to make for those Bokeh-licious shots. While the Nubia M2 Lite’s claim to fame is its 16-megapixel BSI CMOS sensor in front, with a 5P lens that’s also backed with a Skin Retouching 2.0 in the software.

But other than those compromises, everything that this phone has looks pretty much the same than the more expensive Nubia M2. Both of these phones share the same metal unibody design, has a fingerprint scanner, same network compatibilities, and will both be available in Black/Gold or Champagne Gold.

Disappointingly, the Nubia M2 Lite is only currently available in India. It has a price tag of Rs. 13,999 (around ~Php11,000). And with that, matched with its pretty competitive set of features, this device might just take off here in the Philippines. But considering the events from the past, it is highly unlikely that this smartphone will arrive in the country.