O+ has has recently released the successor of the very successful O+ 8.16 smartphone: O+ 8.17.

The device sports some pretty appealing spec sheet. Another appealing aspect is the device’s interesting form-factor. A 5-inch device, clearly gives me an idea on how this device will look and feel in my hands. Other appealing features are the hexa-core processor, IPS HD display, 8MP camera, and Android 4.4.2 Kitkat.

I’m pretty excited about this one. Let’s start!

Still the same O+ box: red and white theme. Snapshot of the device in front followed by some details and specs of the device at the box. 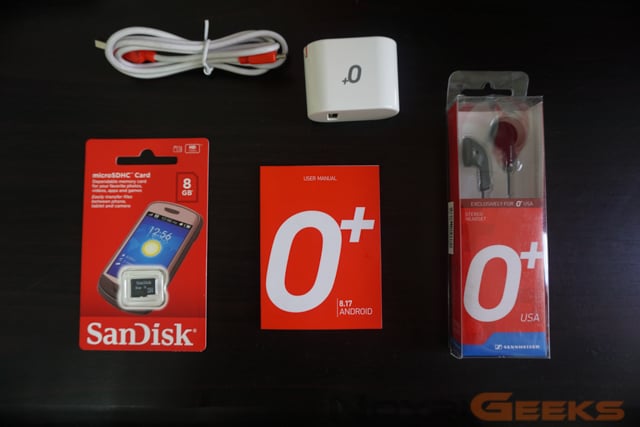 Opening shall pop the device itself right at the top. Beneath it are the accessories included. microUSB cord, wall adaptor and user manual are present. Other included bonus are the 8GB SanDisk memory card and a pair of Sennheiser headphones. O+ have always been generous with their packages. I have tested this earphones before, and it’s, if not the best, one of the most nice-sounding stock earphones bundled on local phones as of the moment.

This new device from O+ has a very high-quality feel to it, as it is framed with an exquisite metal strip that appears to be of costly material, but when the device is turned around, we are greeted by a solid plastic back cover. Of course, the back panel doesn’t feel the same as the metal strip, but it doesn’t feel cheap either. These materials contributed to the device’s feather-like weight. The device remained solid and comfortable in the hands, without sacrificing the overall look and build quality. 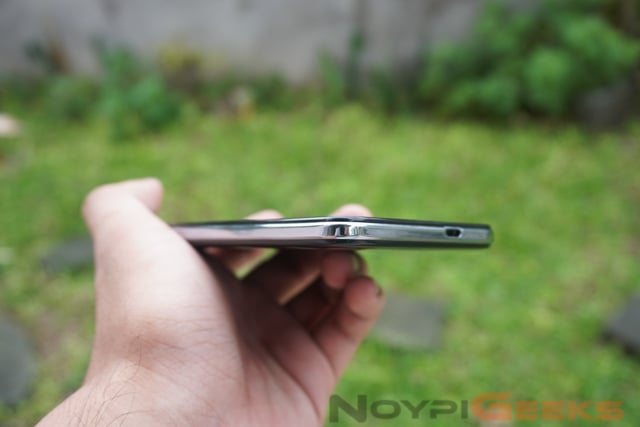 Looking at the front of the device we got the 5″ IPS HD display, together with the 2MP front-facing camera. At the bottom, we have the capacitive buttons. The home button also doubles as a notification indicator, which changes on different hues, depending on what notification you got (Facebook, Twitter, eMail, SMS, etc.). A cool and neat feature, but something that’s not new (Remember the breathing light from O+ Imagine?). 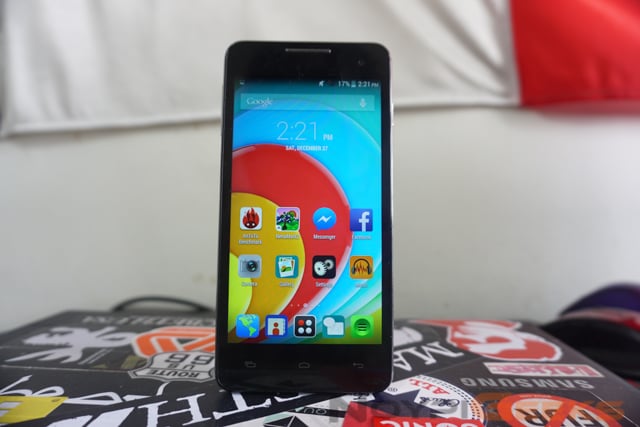 The left side has the volume controls while the right contains the lock/power switch. 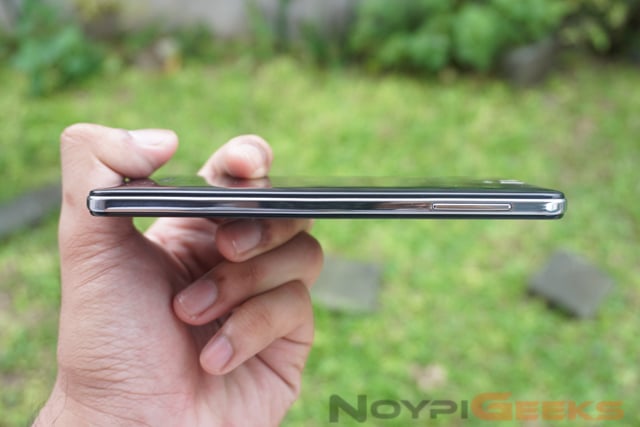 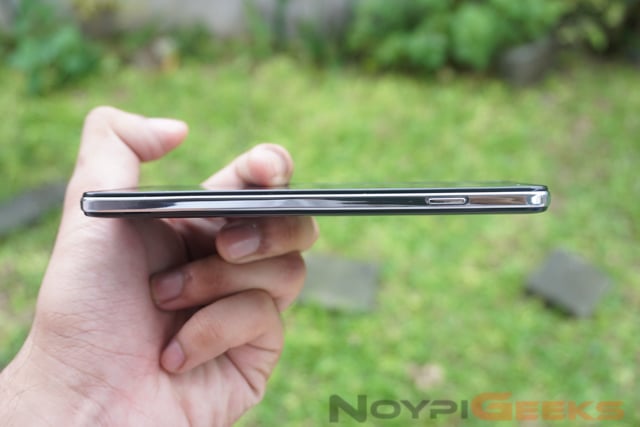 The top has the 3.5mm headphone jack and the bottom has the microUSB port. 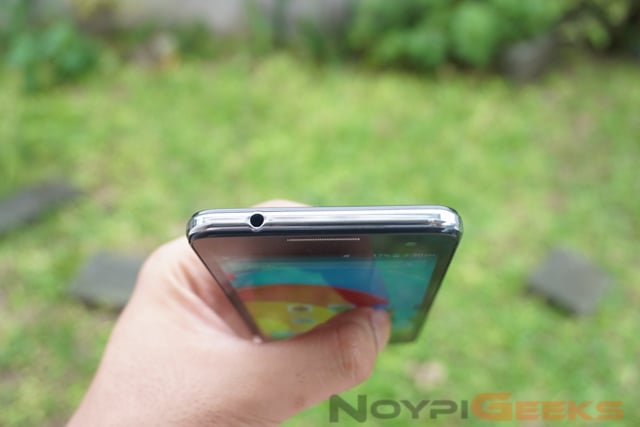 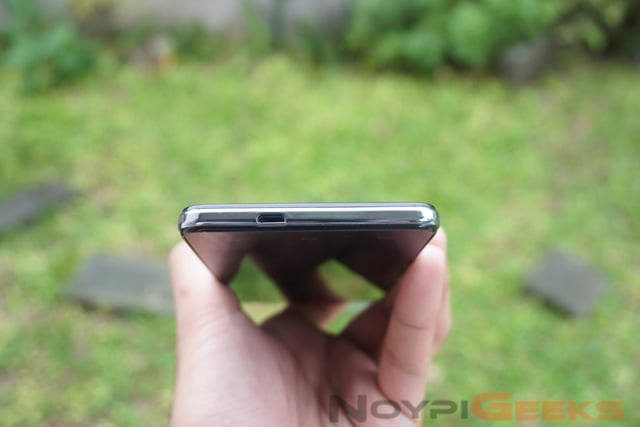 The back has the 8MP primary camera with LED flash, loudspeakers, and the built-in mic for noise-cancellation. 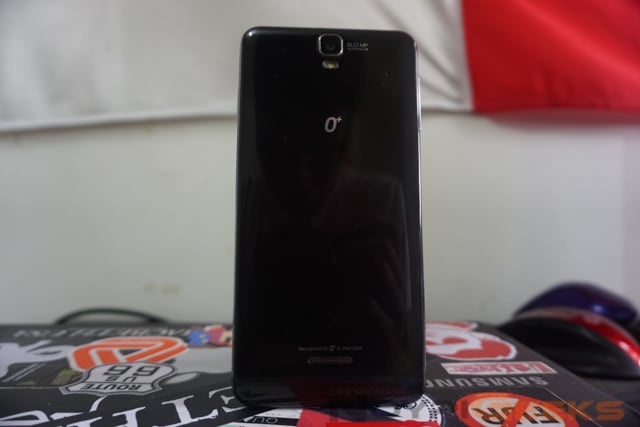 Also, there’s a primary microphone that’s placed at the very bottom, edge side, in front of the device. As what I have tested, the person I’m talking to during calls can hear my voice clearly and free of background noise.

Overall, I would say that the O+ 8.17 is definitely one of the best designed handsets O+ USA has released – just a notch lower than our favorites – the O+ Air and Imagine. 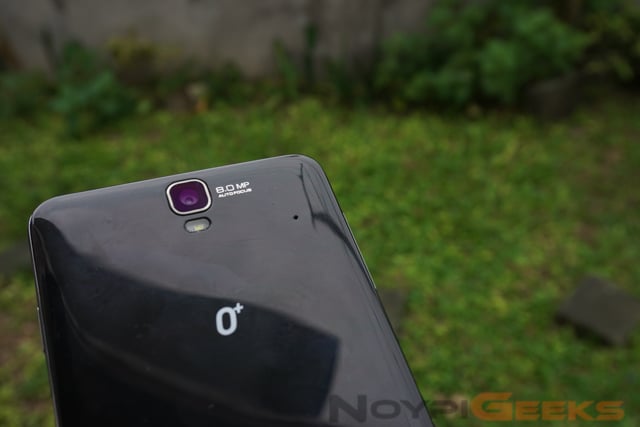 The O+ 8.17 device has a preculiar hexa-core processor clocked at 1.5GHz each, partnered with 1GB of RAM and Mali 450MP GPU. If you’re not sure what “hexa” means, it’s six. That means that it’s quite inferior over its octa-core siblings – but not so much.

But still, be worry-free, as the device was still able to perform impressively. Games ran well with no visible frame-drops. Multi-tasking is also seamless, but only to the basic apps. Shifting from heavy applications like games will restart the program if you have 4-5 running at the same time.

For better reference, here are some of the benchmarking tests I ran on it:

The device sports a 5″ IPS HD display, with a resolution of 720 x 1280 and 320 pixels-per-inch. That’s pretty respectable for a device that’s on this particular category, if you ask me. The contrast and saturation are great. Vividness is also very evident. Details from movies to photos taken are crisp and clear. 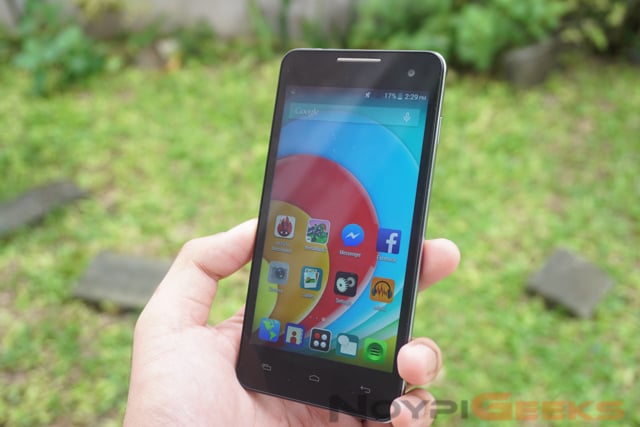 The device also sports ClearMotion technology, which gives you a 1080p feeling. Any movie, recorded video or clips online looked like were all shot at 60fps (video quality varies).

Outdoor visibility is also great, which means you can really flaunt this beautiful device outside.

The handset runs on Android 4.4.2 KitKat, a software version that’s starting to become a norm to the local devices. Android KitKat was tailored to serve low-end devices to help them deliver optimized performance; these are devices that have decent processing power, so you could only imagine how more powerful it is on a six-core device like this. 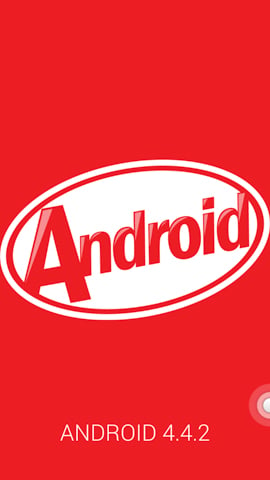 That having said, the UI felt so light and finesse during browse and multi-tasking. Everything looked not only good, but also feels fast.

There are really not much to talk about the UI, but here are some user-experience boosters that are worth-noting: First is the Air Share feature, which allows you to instantly share, store, and upload files and share it with your friends. Air Shuffle,  allows you to easily access and control your photo gallery, camera shutter, music, and FM radio. Encrypted Messages, save private messages in a folder that is password-protected. Visitor Mode, this feature allows other individuals to browse your phone except your messages and contacts.

There’s also a side button that’s planted on the device. The button greets you with a beautiful animation and complete with shortcut icons from different apps and tools. What app and it’s order that are displayed are customizable. 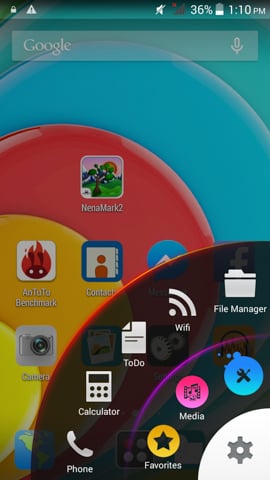 Since ClearMotion technology is also integrated into the OPlus 8.17, it really helps make videos appear like they were recorded on 60fps, which makes everything look more realistic.

O+ 8.17 boasts an 8MP primary camera and a 2MP front-facing one. Something a bit usual for the device’s price, but with a plus. Both cameras sports BSI sensors, which allows you to take good low-light photos and make it less prone to shaking/blurring. The photos I’ve took looked imposingly good. Great saturation and vividness, and the details looked tight.

Taking photos on low-light scenarios are also, of course, impressive, I’ve compared it with a Samsung Galaxy S4, and the results are slightly more favorable on the O+ 8.17. Photos looked more illuminated, but no visible noise as what expected from brightened photos that were taken on shady places. 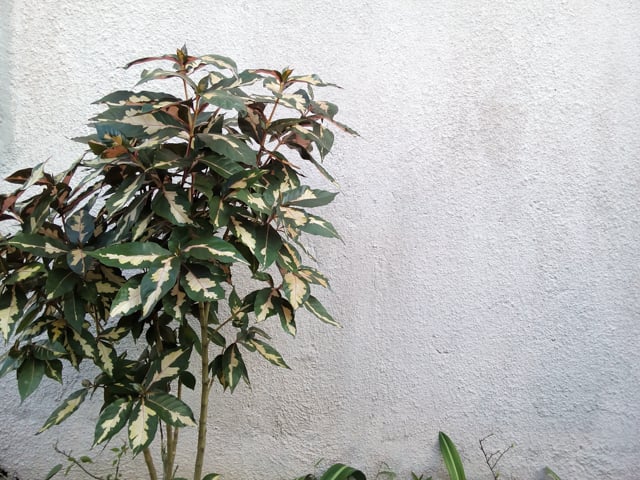 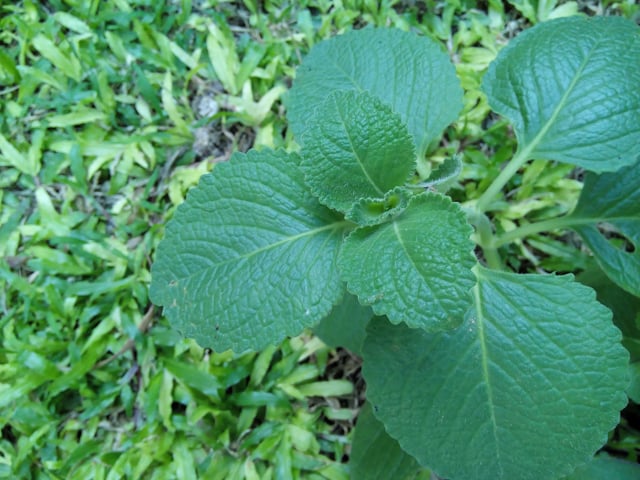 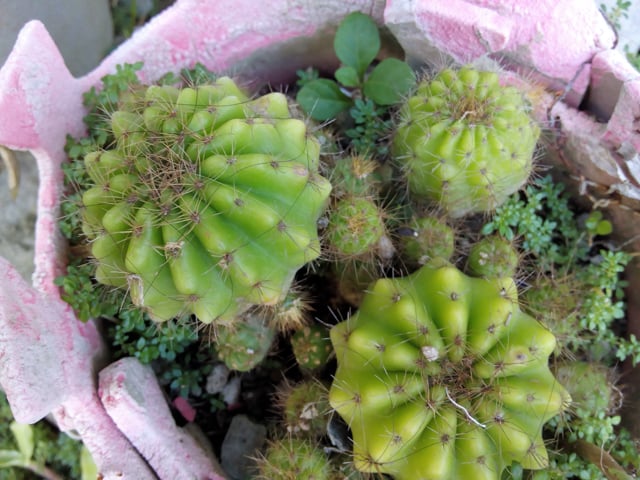 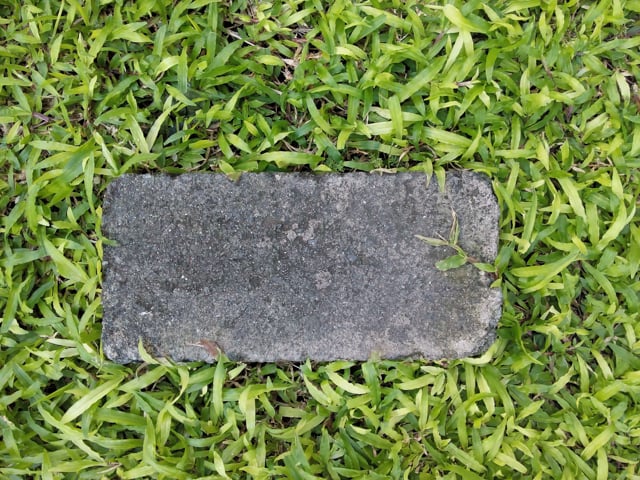 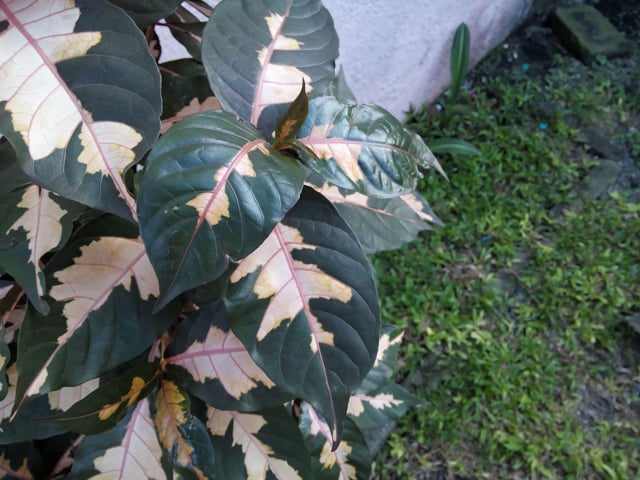 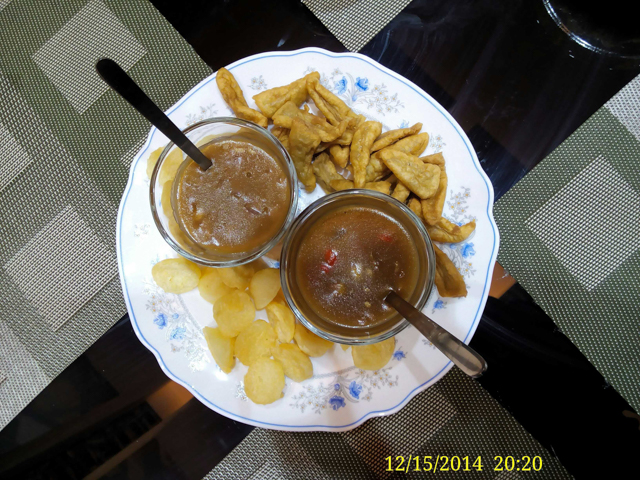 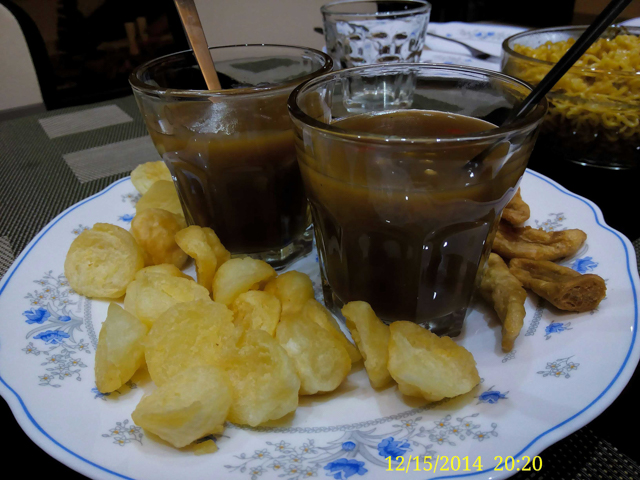 The device sports a 2000mAh Li-Polymer battery. This particular capacity is really not ideal, specially on a hexa-core device. For a perspective, the typical battery capacity for a quad-core device ranges from  2100mAh to 2600mAh and above. 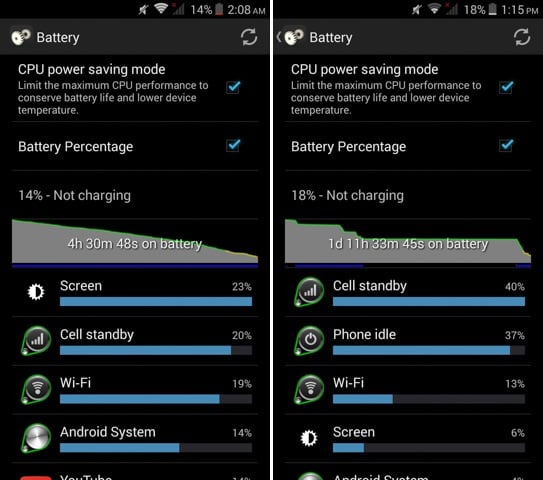 But nevertheless, the device was still able to provide enough juice to supply my needs. Casual web browsing and exchanging text messages lasts the for up to one and a half to two days. Screen-on time fully extracted the battery for about three to four hours.

There’s nothing much to say, O+ 8.17 is a good smartphone. The beautiful design and appealing form-factor feels not only good in the eyes, but also in the hands. The device’s dramatic display is also perfect for media, or even just on day-to-day screen interaction. Camera can take striking photos, even on low-light. Android Kitkat also made the user-experience a good one. 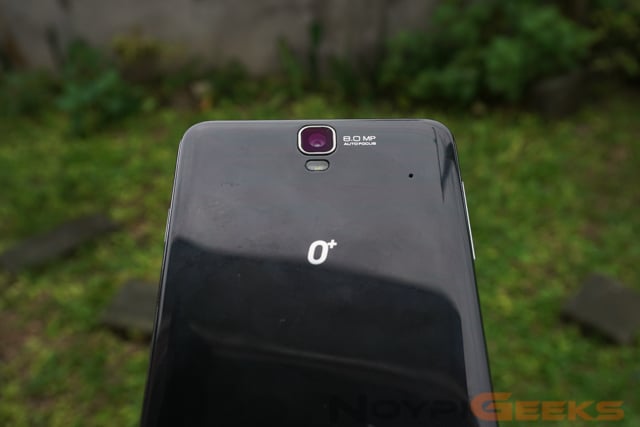 There are just few areas that I wish O+  improved on this one, like giving it a 2GB of RAM instead of only 1GB and a larger battery capacity. But, I’m still pretty thankful that these are just the few compromises, considering the price.