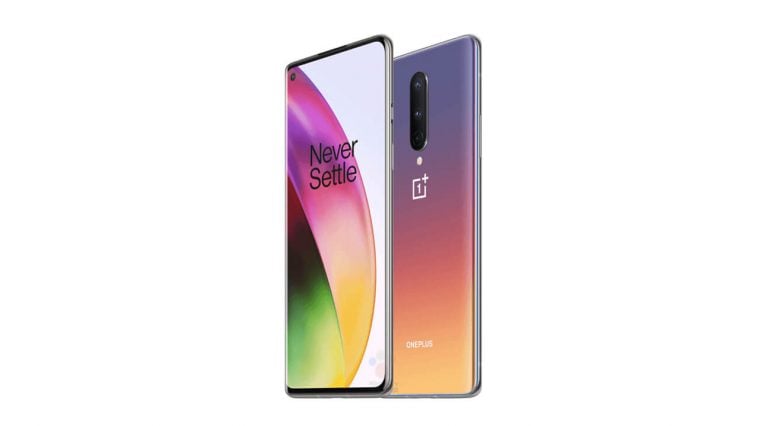 We’re only about a month away until the OnePlus 8 and 8 Pro 5G will be unveiled.

Just like upcoming smartphone releases, the leaked information about these devices has been coming out as we come near its release — which is said to be in May 2020. With that, here are the things we expect from the OnePlus 8 and 8 Pro 5G.

Rumor has it that the OnePlus 8 series will have the same design from the OnePlus 7T. It has an almost bezel-less screen, which was made possible by the pop-up selfie camera. There’s also the triple cameras in the middle, with the OnePlus logo below it.

Although, we also suspect it to use some of the design cues from the OPPO Find X2 Pro, the latest flagship from OnePlus’s sister company. The renders by Roland Quandt (via WinFuture) also points to this theory.

This sleek device also has an all-screen look, but with a punch-hole on the top left for the selfie camera — no sketchy pop-up mechanism. Albeit, the back panel design will be the same.

We’ve already seen the first breed of flagship smartphone for this year, which is why we already know what to expect from the OnePlus 8 series.

It’s no surprise that rumors point out to the OnePlus 8 devices coming with a Qualcomm Snapdragon 865 processor. The same processor found on powerful devices today, like the Nubia Red Magic 5G, a known gaming smartphone.

The processor will be bundled with a Qualcomm Snapdragon X55 modem, which will enable the devices’ 5G feature. They are also expected to sport new connectivity standards like WiFi 6 and Bluetooth 5.1.

As for memory and storage, the OnePlus 8 and 8 Pro 5G is expected to start with an 8GB/128GB configuration and can be maxed out to 12GB/256GB. Although the no microSD card support can be a big bummer for file/media hoarders.

Another new trend for 2020 is having a fast refresh rate on smartphones. It’s said that the OnePlus series will sport up to 120Hz screens, just like the Galaxy S20 series.

The Pro model’s display will use a 6.78-inch Fluid AMOLED display, with a sharp QHD+ resolution at 3120 x 1440 pixels. Meanwhile, the vanilla OnePlus 8 will get a dialed-down 6.55-inch FHD+ screen with a 90Hz refresh rate.

OnePlus is known for its Warp Charge technology. We might get the same 30W charger from the last generation or OnePlus might double it down to 65W, just like what most Snapdragon 865-powered devices have right now.

The OnePlus 8 Pro will also get an 8-megapixel telephoto lens that can do 3x of optical zoom and up to 30x of digital zoom. Plus, an advanced 5-megapixel ‘color filter’ sensor for enhanced Night Portrait mode, cinematic look, and more.

Those two cameras on the Pro model will be replaced with a macro camera on the OnePlus 8.

Other differences between the OnePlus 8 and 8 Pro includes wireless and reverse wireless charging, LPDDR5 memory (LPDDR4X for the OnePlus 8), and official IP water and dust resistance rating.

Information is scarce about the devices’ pricing details. But if we look back from last year’s models, the vanilla OnePlus 8 might have a starting price of USD599 (~Php30,600).

On the other hand, the OnePlus Pro might costs USD200 more at USD799 (~Php40,700). We expect OnePlus to keep their pricing the same as a cheaper OnePlus 8 Lite model is also expected to arrive.

Release date and availability of the OnePlus 8 Pro

Rumor has it that the OnePlus 8 and 8 Pro, as well as the budget OnePlus 8 Lite, will be unveiled on May 2020. Considering the effects of the COVID-19 pandemic, we expect the launch event to be streamed online.

Also, due to the virus, we’re also expecting the availability date to be delayed. But then again, we can never know for sure. Make sure you tune back as we’ll be updating this article as more information become available.