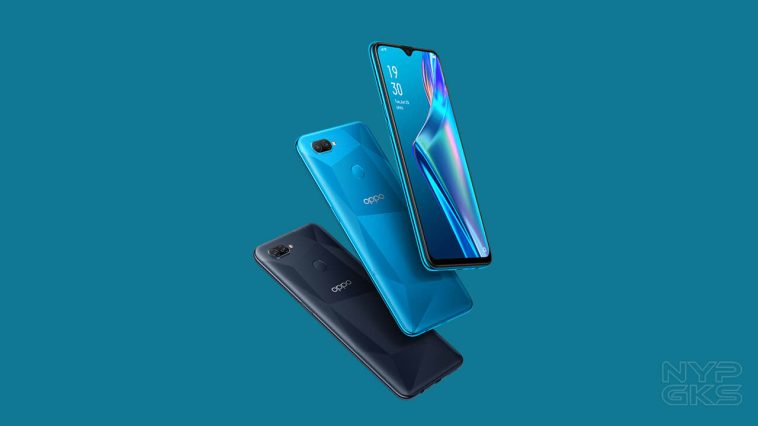 OPPO has added a new device in its budget A-series of smartphones with the new OPPO A12.

Just like the Find X2 Lite, the OPPO A12 was discreetly announced almost at the same time. This thing has all the usual specs and features that you can expect on an entry-level smartphone, but with an interestingly familiar design.

OPPO borrowed the diamond cut design of the Realme C2 from last year. But unlike the former, we have the OPPO logo on the middle and a fingerprint scanner on top of it.

The dual-camera setup is also back here. The 13-megapixel primary shooter and 2-megapixel depth-sensor or on a vertical orientation, with the LED flash sitting beside them.

On the front, we have a 6.22-inch HD+ IPS screen with Corning Gorilla Glass 3 protection. There’s a waterdrop notch on the top for the 5-megapixel selfie camera.

It’s obvious that this device is aimed to compete in the sub-Php5k price segment. However, compared to devices like the Realme C3 that comes with an Helio G70 chipset, the MediaTek Helio P35 processor on the OPPO A12 feels outdated and underwhelming.

The A12 also ruins on outdated ColorOS 6.1.2, instead of the newer ColorOS 7. Hopefully, it gets updated soon.

On the upside, the device comes with a relatively large 4,230mAh battery. Although, you’d be charging it using a dated microUSB cable.

The OPPO A12 is available in Indonesia for IDR2,499,000 (~Php8,200). Its pricing and availability in the Philippines are yet to be revealed.