It’s almost the holiday season so smartphone brands are now filling-up their line-up to gear up for the occasion. Unsurprisingly, each and everyone of them wants to be your choice to give out as a Christmas gift in December.

OPPO has released a new low-end smartphone dubbed as the OPPO A71 — the company’s budget-friendly offering.

But for its Php8,999 price tag, is the A71 worth it? Would it be able to handle day-to-day tasks well? Would your loved ones appreciate it as a gift this coming Christmas? Let’s figure that out in our OPPO A71 review.

The new OPPO A71 feels just like any other OPPO smartphone out there, but only with some noticeable changes in the design. It has an all-metal, unibody build with curved corners and edges which makes it really comfortable in the hand. And with its sufficient 5.2-inch screen, the OPPO A71 feels really compact and easy to carry, without sacrificing too much on usability. The device is also very light.

However, it’s overall dimensions could have been smaller if its top and bottom bezels aren’t too thick. 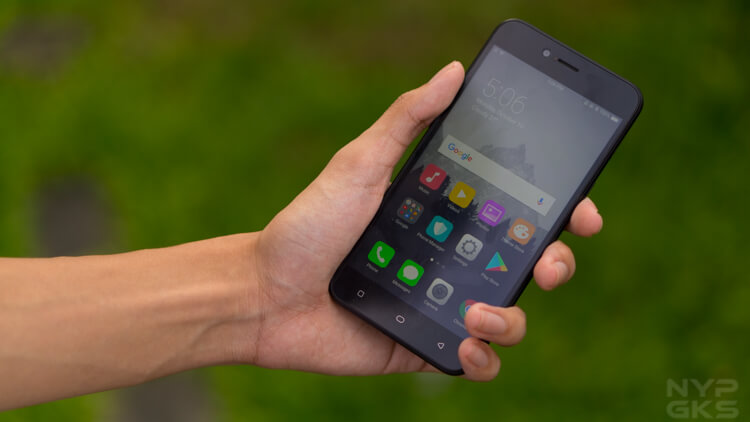 It’s also a bit identical to the OPPO R11— minus the iPhone-like antenna bands and the home button/fingerprint scanner.

And speaking of the fingerprint scanner, the OPPO A71 doesn’t have one. This is an obvious compromise that the company took to keep the price down. Instead, what we get are three capacitive buttons that don’t have backlighting.

At the left side, we have the volume controls while the right houses the lock/power button below the SIM tray. The buttons aren’t the most tactile of all, but they are still satisfying to press. They are also positioned well so they are easy to reach. On the other hand, the SIM tray can sport two micro SIM cards and a microSD card slot that can hold up to 256GB of storage. Thankfully, no hybrid tray nonsense.

We have the 3.5mm headphone jack on top, while at the bottom we have the microUSB port and the loudspeaker. The grills at the left side has the built-in microphone, while the other end houses the actual speaker drivers. The loudspeaker delivers decent performance with ample volume, and balanced sound. It does get a bit distorted at max volume, but it’sstill usable.

The OPPO A71 features a 5.2-inch screen with 1280 x 720 pixel resolution. The handset’s display is just at the right sweet spot, as it’s not too big nor too small.

The screen projects decent colors and contrast, pretty typical to most IPS displays. It’s also not overly saturated, with no noticeable software tricks. 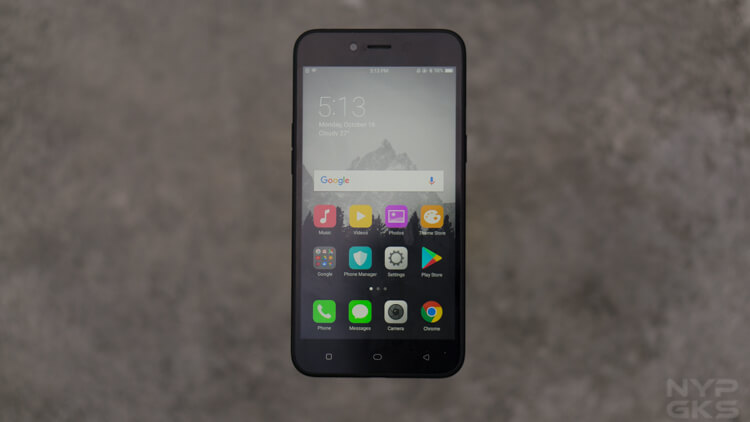 The viewing angles are also decent. I’ve noticed some minor color shifting when rotating it at different angles, but nothing too alarming to get worried about.

Inside the OPPO A71 is a 1.5GHz MediaTek octa-core processor, with 3GB of RAM, and 16GB of expandable storage. That’s pretty much the standard configuration you’d get from a sub-Php9k smartphone nowadays.

Performance wise, the OPPO A71 was able to meet my expectations. The processor was able to handle game titles well. I was able to play NBA Live and Need  For Speed No Limits with no noticeable frame drops. The entire system gets warm over extended period oftime, nothing worth complaining about. 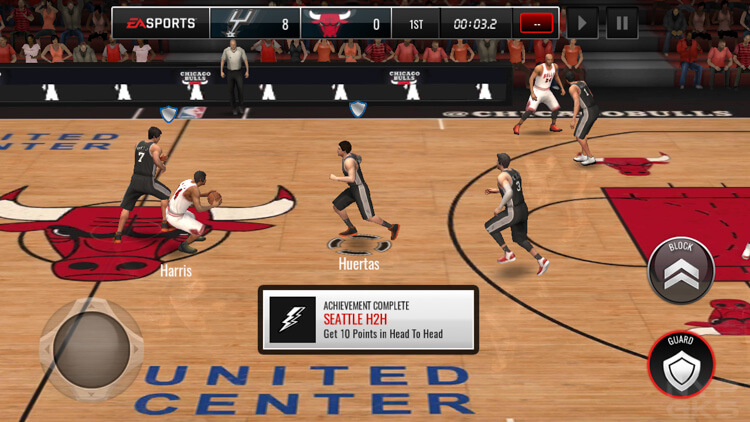 The 3GB RAM of OPPO A71 also handled multitasking really well. Opening an app was fast, and switching between them was a breeze. On the downside, the 16GB of internal storage only lets you use 9.20GB of it. In case you’re wondering where the spare GBs are, the other half is reserved for the system files.

But nonetheless, 9-gigs was still enough to store several games, apps, and my entire Spotify library. If you’re really a media junkie, you can throw in a microSD card up to 256GB. 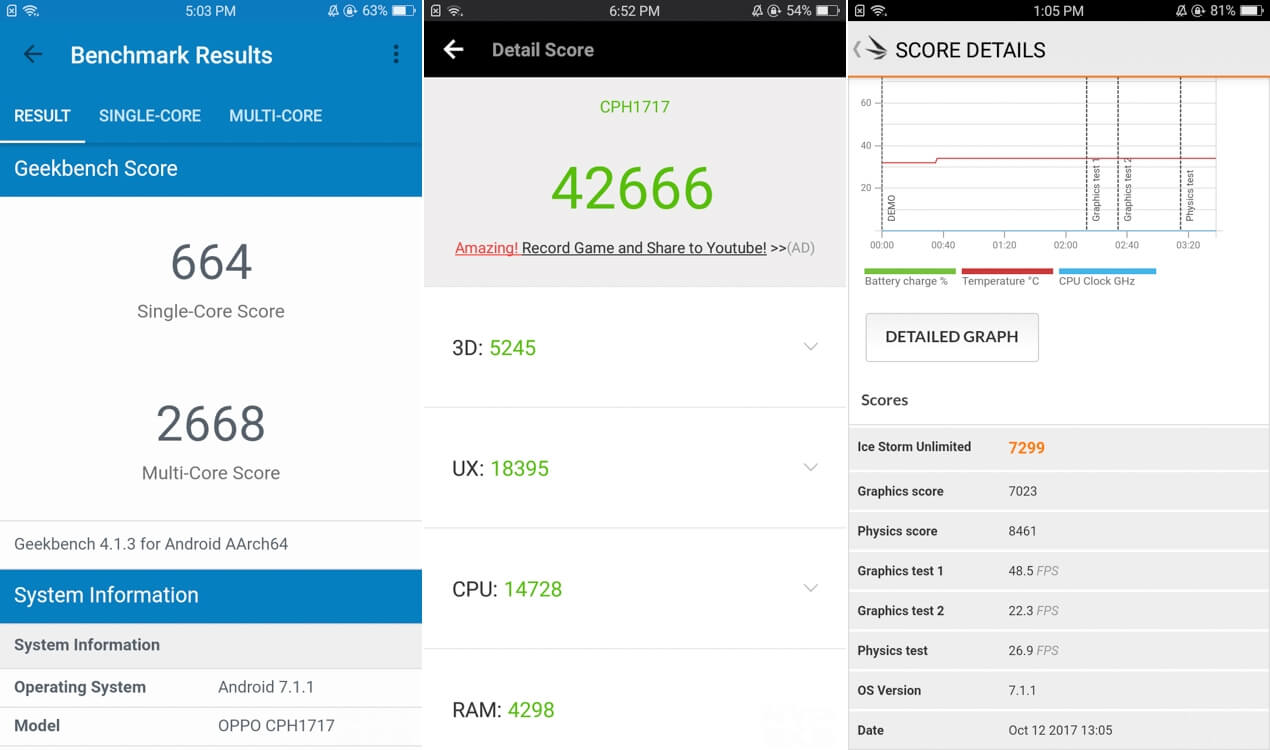 The OPPO A71 comes with their new ColorOS 3.1 that’s based on Android 7.1 Nougat. This is a welcome, and long-overdue update from the outdated Android 6.0 Marshmallow found on the OPPO F3 and F3 Plus.

The new ColorOS 3.1 brings new features and aesthetic changes to the interface. A lot of native apps have new icons and minor tweaks in the Settings app.

For the most iOS-like move ever, the Control Panel is unsurprisingly moved at the bottom. This leaves the Notification’s tab alone at the top. Personally, I find this more user-friendly. You can just easily swipe up to gain quick access to some commands. No need to reach all the way up.

Moreover, OPPO is also introducing their own “OPPO Share” feature. This is OPPO’s take on iOS’s AirDrop file-sharing service. It utilizes both WiFi and Bluetooth so it can receive files from every compatible device, not just from OPPO.

The ColorOS 3.1 also has a split-screen mode. However, it doesn’t support most apps just yet. You can have YouTube running on while typing a text message on the side. It works with most native and Google apps, but the support for popular apps like Facebook, Instagram, and more still needs working out. 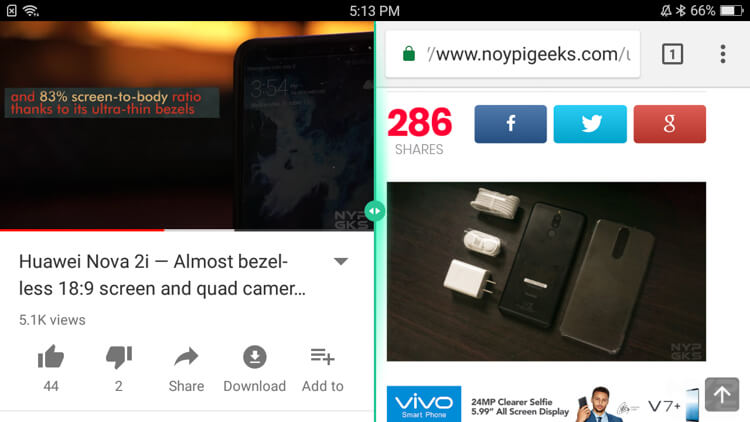 The feature works by holding the Recent apps button while you’re on the first compatible app.

Overall, I’m satisfied with the new ColorOS 3.1 on the OPPO A71. It looks clean, with no compromise in features. I just hope it would receive future software and security updates.

OPPO slightly departs from its “selfie-centric” roots for the A71. The truth of the matter is, OPPO’s A-series isn’t really meant for that. The entire OPPO F-line became really popular in the country that we often forget that OPPO smartphones aren’t just for selfie addicts.

With that in mind, don’t be surprised that the OPPO A71 only has a 5-megapixel front-facing camera. Meanwhile, the shooter at the back gets to enjoy a 13-megapixel sensor.

But despite the low-resolution, I was still able to take good selfies with this one. The details are soft, but at least the colors aren’t so dull. Taking pictures at low-light scenarios are also passable and can be aided by an on-screen flash.

Of course, the camera app also has Beauty mode. This lets you adjust the fairness of your skin that’s projected by the camera. The software also has a front-facing panorama, which lets you take extra pictures in both left and right to ensure everybody is in the photo. This is a substitute for the lack of a wide-angle feature.

The 13-megapixel primary camera can also take decent pictures.  Just like most smartphones, it can take impressive photos in well-lit scenarios and degrade in quality as the sun goes down or when there’s not much light around.

With that said, the images taken by the OPPO A71 has good colors and contrast. The dynamic range isn’t the best, but not the worst either.

The pictures were taken at low-light scenarios are still usable, but this is where you’d see its real weakness. Noise and grains are now more visible, the colors are losing its fidelity, and the dynamic range goes down the drain.

The rear camera also has this “2x zoom” shortcut button. But unlike the ones we saw on dual-camera equipped smartphones, this thing only enables digital zoom instead of an optical one. This translates to a closer subject, but with a huge sacrifice in quality.

Thanks to its humble specs, the 3000mAh battery that’s powering the OPPO A71 delivered impressive performance.

During light to moderate usage, the device was able to last me for a whole day, with still 10% to 15% charge left before I go to bed at night. 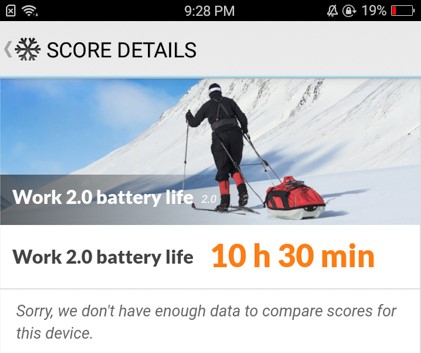 On the other hand, the OPPO A71 lasted for around 10 hrs and 10 mins on PCMark’s battery test. For a quick reference, most devices only have an average score of 6hrs. This goes to show the A71’s battery prowess.

OPPO delivered a pretty interesting deal with the A71. The company’s offering for the budget market is thoughtful, but it might struggle to survive in this saturated market.

The OPPO A71 has a solid, compact, and slightly refreshing design — a factor that I really admired about this device. It also packs a decent processor, a revamped interface, and a good battery life. 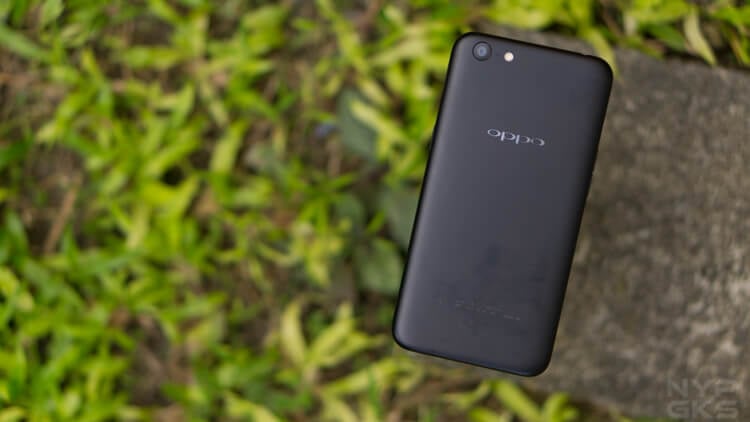 For its Php8,990 price tag, the OPPO A71 can be easily outshined by the competition. Other brands are now offering smartphones with a 1080p screen, a fingerprint scanner, or even an extra large battery at the same price range.

But still, it’s not hard to recommend the OPPO A71. If you’re looking for a solid, compact, and a workhorse for your day-to-day tasks, then you might want to consider this one out.

Pricing and Availability of OPPO A71

The OPPO A71 retails for Php8,990 and it’s now available online and in all OPPO stores and third-party retailers nationwide. It’s also available for 0% interest installment plans via Home Credit. You can have it for as low as Php927 per month for 6 months, with 40% downpayment (until January 31, 2018).