OPPO is not yet done with new releases. To complete the 18:9 line-up, the company has announced the OPPO A83 — the budget alternative for those who don’t want to spend too much on a smartphone.

The OPPO A83 has all the essentials and looks that its bigger brothers have, save for the screen resolution and pixel-packed cameras. Instead of a 1080p display, it has been toned down to 720p to save up on costs.

Powering the device is an unnamed 2.5GHz octa-core chipset which we believe to be the MediaTek Helio P23. There’s 4GB of RAM and 32GB of storage that can be expanded to an additional 128GB using a micro SD card. 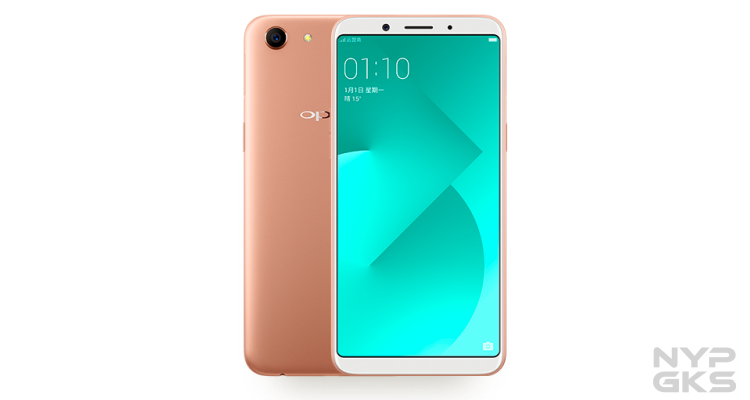 The cameras have fewer megapixels baked in, with only 13-megapixel at the back and 8-megapixel in front. OPPO’s AI facial recognition is also here to help make selfies stand out even more with its advanced technology which automatically adjusts the settings according to the users face.

There’s no clear information regarding the Face ID feature, but since it has the AI technology built-in, we can assume that it’s here. Besides, the image above suggests that there’s no fingerprint scanner at the back. If that’s not the case, then maybe it’ll resort to PIN and pattern unlock all over again?

OPPO A83 has a retail price of ¥1,399 (around Php10,700) in China. There’s no word yet on about the availability and pricing in the Philippines.

Interestingly, despite the higher model number, the A83 has lower specifications than the A75 and A75s which were introduced in Taiwan a couple of days ago.