Are you shopping for a smartphone in the sub-Php13k category? Well, our comparison today might help you.

Today we’ll be comparing two of the most popular smartphones in this category. First, we have the OPPO F11 which is possibly one of the most interesting midrange devices that the company currently makes. 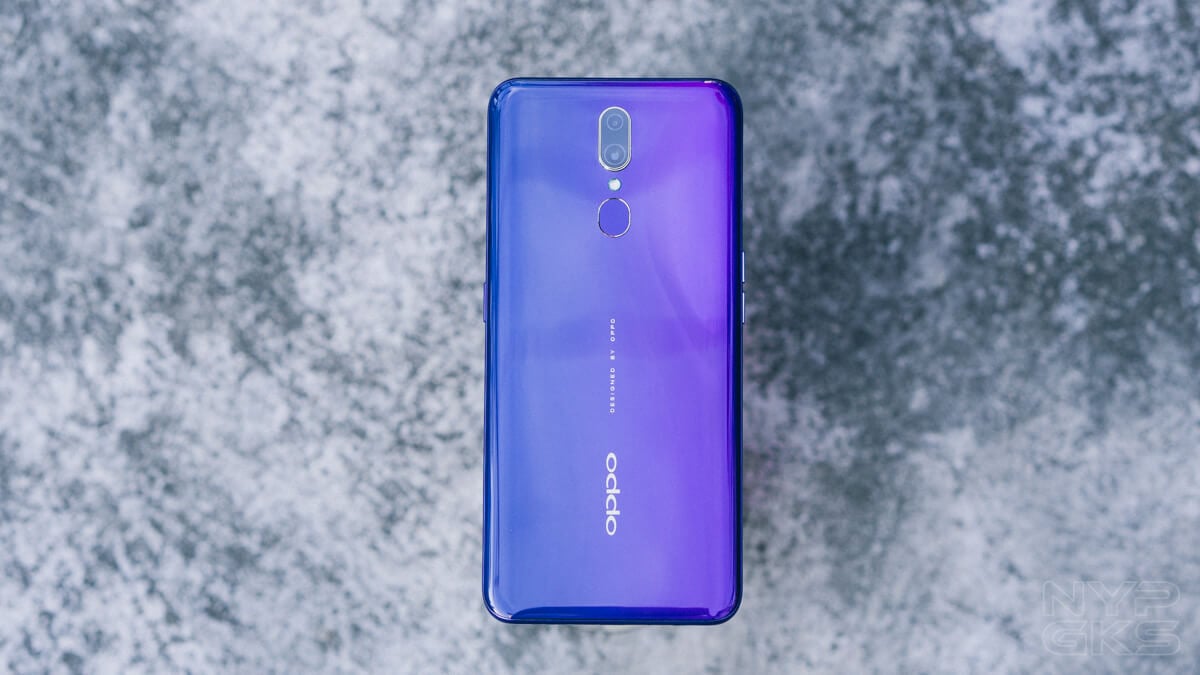 We’ll be stacking up that device to the Samsung Galaxy A30. This is the smaller brother of the popular Galaxy A50, which is a really popular entry-level offering of the South Korean tech giant.

With that, here in our OPPO F11 versus Samsung Galaxy A30 specifications and features comparison, we shall see which between the two is worth your hard-earned cash. Let’s begin. 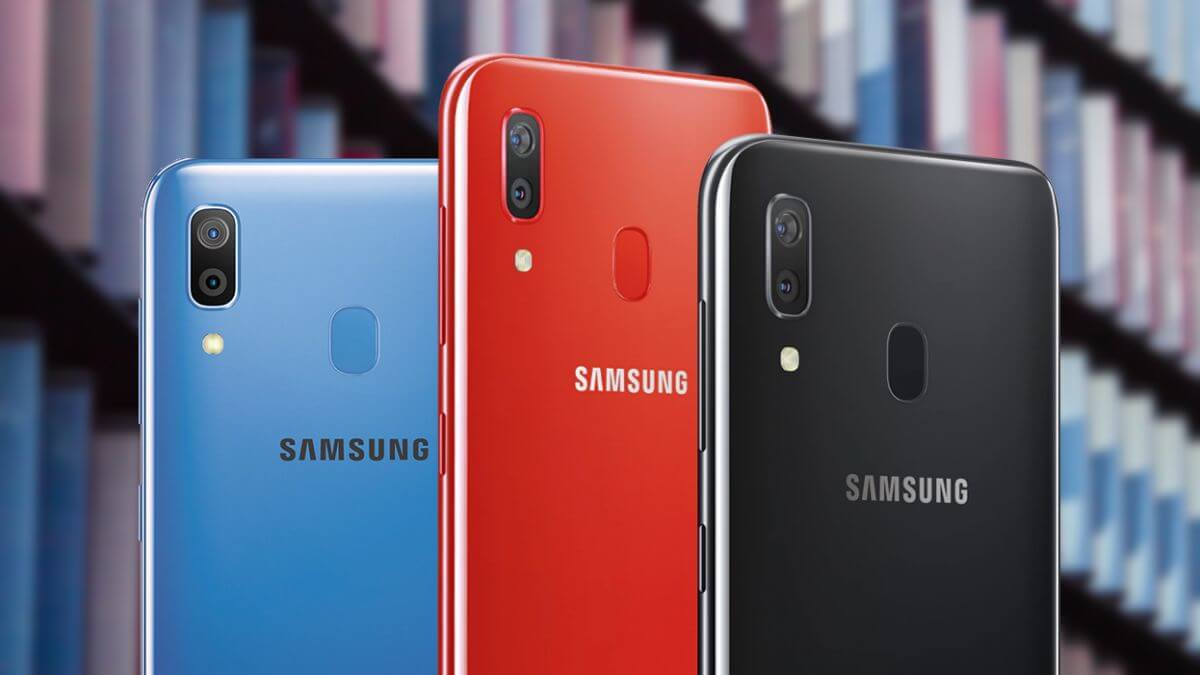 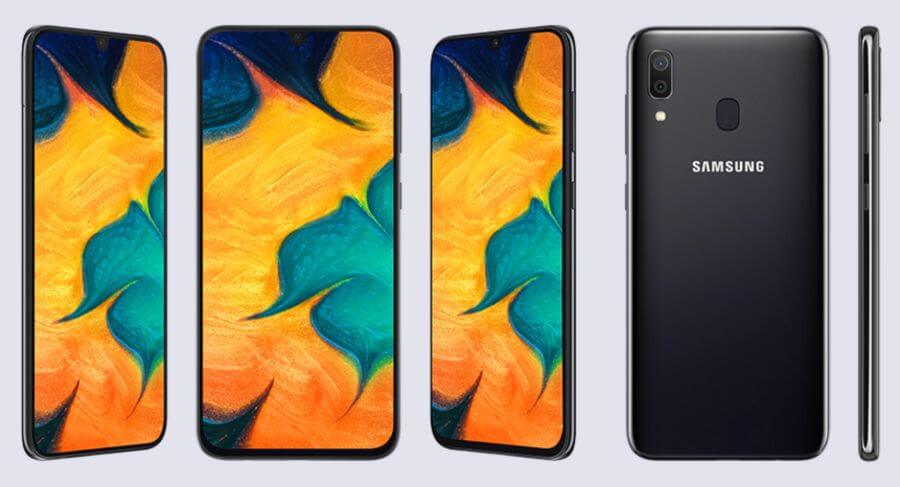 Now that we have all the details, let’s start digesting them. Both the OPPO F11 and the Samsung Galaxy A30 offer great features for the price, but only one of them has to win.

If flashy and dated features are what you’re after, then you should go with the Samsung Galaxy A30. This one brags a Super AMOLED display, which delivers better colors and contrast over the IPS panel that the OPPO F11 has. 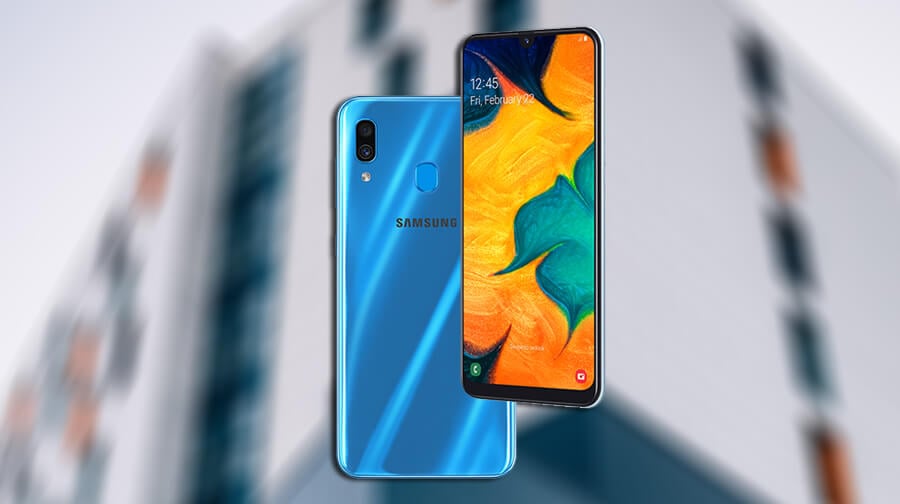 It also has newer connectivity features over the OPPO F11. The Galaxy A30 has Bluetooth 5.0, while the F11 uses the older 4.2 version. And more importantly, a USB Type-C connectivity, while the F11 is still stuck at microUSB for some reason.

Lastly, Samsung is stepping up the durability on the OPPO F11 by making it IP68 water and dust resistant — which is a rare feature in entry-level like this. 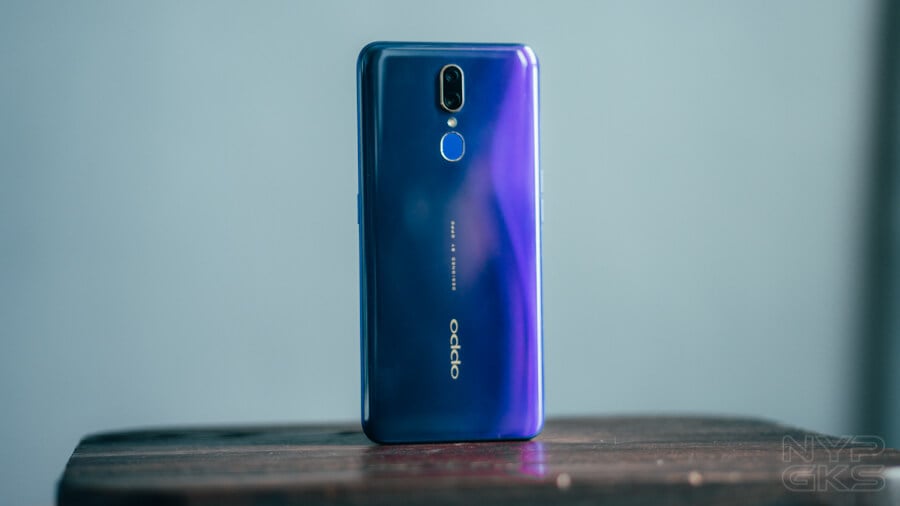 But if overall processing, battery, and camera performance are what you’re after — which I think most of you are — then you might be better off with the OPPO F11.

For starters, it’s powered by a MediaTek Helio P70 processor, which is proven to be fast and reliable in our full review. Also, its Mali-G72 (vs Mali-G71 on the A30) with HyperBoost technology reassures everyone that it can provide better gaming performance. 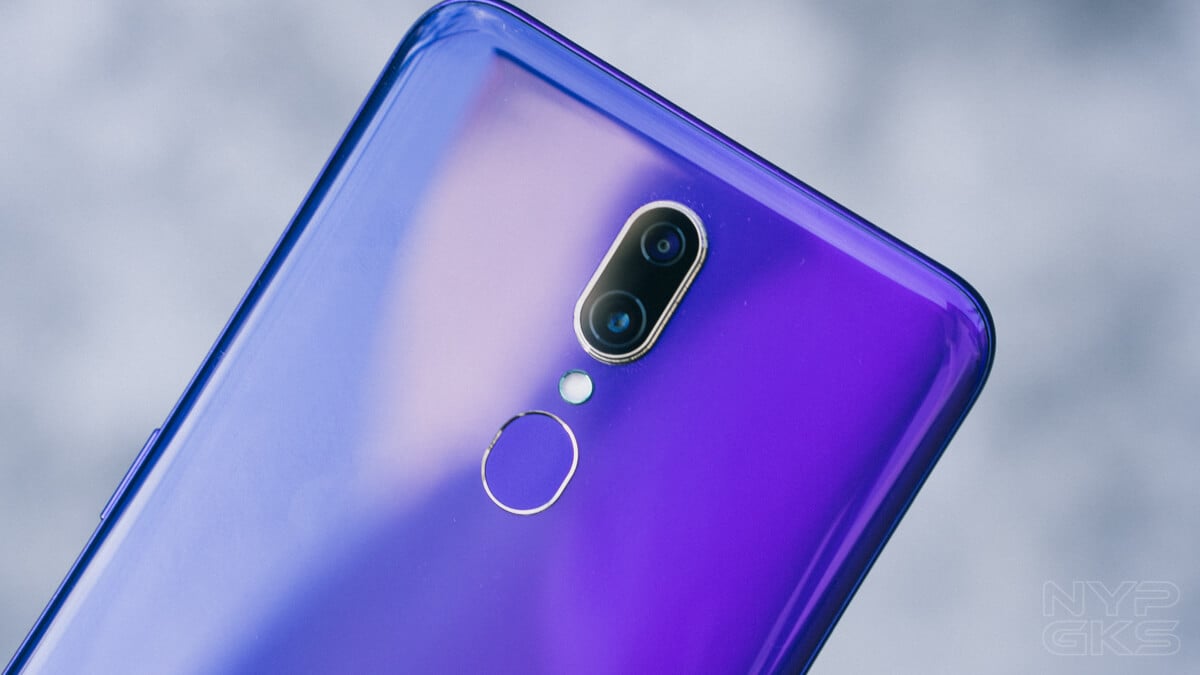 Of course, we also have the 48-megapixel primary camera, which is obviously better than the 16-megapixel sensor of the Samsung Galaxy A30. The interesting part is, it also comes with software features like Ultra Night and Dazzle Color mode that allows you to take even better pictures. We have a complete camera review of the F11 Pro (which has the same camera features) that you can check out. 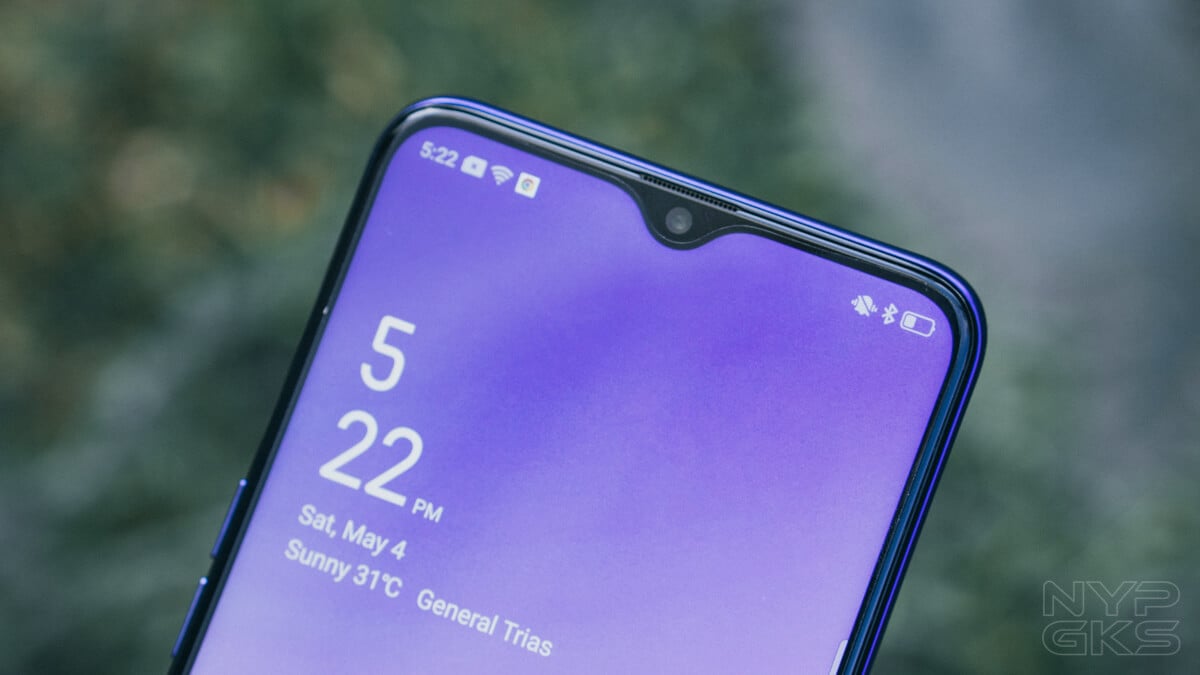 Both devices do have a 4,000mAh battery. But the key difference here is their charging technologies. The Samsung Galaxy A30 uses a standard 15W charger, while the F11 uses OPPO’s VOOC 3.0 charging. It can churn out around 20W of power, resulting in a 100% charge at only around an hour.

Although it’s not part of the comparison table above, it’s also apparent that the OPPO F11 wins the design department. Its sleek color gradient design, which is available in Flourite Purple and Marble Green, looks way better than the slightly boring, plain color options that the Galaxy A30 has. 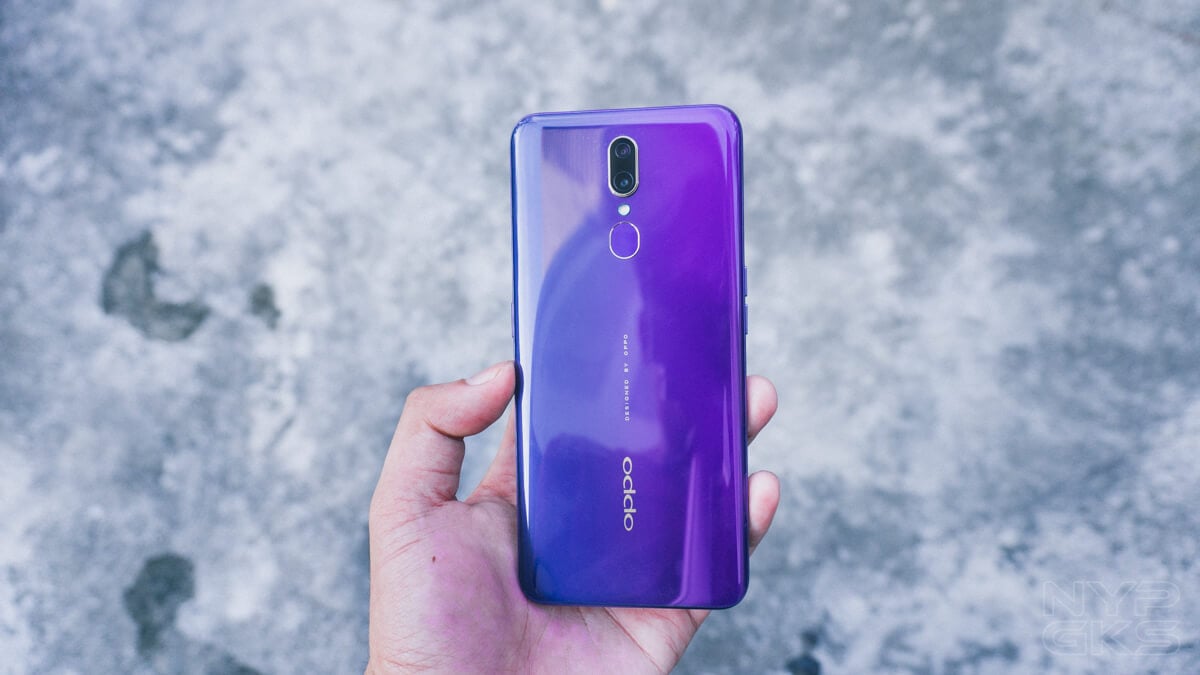 Lastly, another great thing about the OPPO F11 is its price. Its base model, which has a 4GB/64GB configuration, retails for a price of Php12,990. That’s Php1,000 cheaper than the Galaxy A30, which costs Php13,990, and is only available in the 4GB RAM and 64GB storage configuration.

You can also bump up the memory of the OPPO F11 to 6GB by paying an extra Php2,000. Both devices are now available in their own respective stores and kiosks both offline and online. However, do take note that the OPPO F11 4GB model is an online-exclusive release at Shopee.