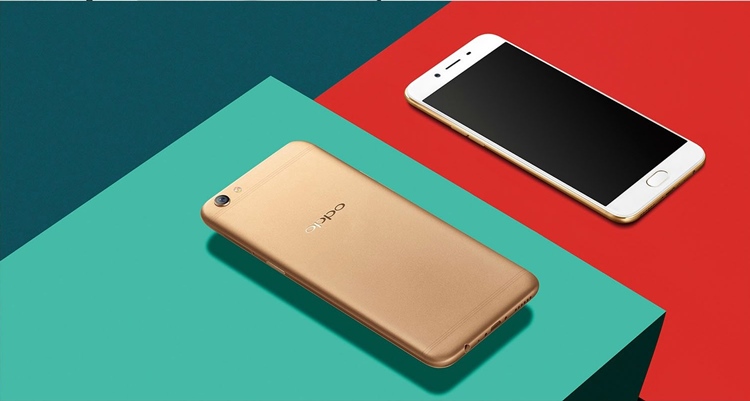 There have been numerous leaks and teaser for the last couple of weeks regarding the newest high-end handset from the popular Chinese mobile manufacturer. As it turns out, a lot of them are on point.

In an event in Shanghai today, OPPO officially took the wraps off their latest flagship smartphones.

Internationally known as the F1 and F1 Plus, they’ve managed to make a mark in the industry by providing great design, excellent cameras, and value for money. Now, OPPO is looking to emulate the success by using the same formula they did for the previous smartphones. OPPO didn’t reinvent the wheel for the R9S. It features a similar design as its predecessor, but improved with a sleeker looking split antenna design. In contrast to other antenna lines, this is significantly less visible because it features three extremely narrow lines as opposed to one thick line like on the iPhone. This move also made the phone 98.8% metal, an outstanding number compared to other handsets. The company claims that this design also improves the connectivity prowess of the phone.

Although it bears a strong resemblance in the design, the specs department is a different story. The front is still dominated by a 5.5-inch 1080p screen, but OPPO hardened it with the new Gorilla Glass 5. OPPO R9S is running ColorOS 3.0 on top of Android 6.0 Marshmallow. There’s no mention of an Android Nougat update of the moment, it’s expected to come very soon.

Moving on the internals, it’s now being powered by a Qualcomm Snapdragon 625 processor. This is a surprising change considering the first generation used a Helio P10, but it’s very much welcome nonetheless. The move to Qualcomm also improves the GPU to an Adreno 506. There’s also more memory this time, increasing from 3GB to 4GB RAM. One of the highlights of the R9 is its camera, so OPPO made sure that they got it covered. The OPPO R9S contains a sensor reported to be developed in partnership with Sony – the Sony IMX398. It’s claimed to be “comparable to SLR camera speeds”. It’s said to be 40% quicker in focusing compared to phase-detection auto-focus. Just like before, the front camera is also a 16-megapixel shooter.

The OPPO R9S has a slightly increased 3010mAh battery compared to its predecessor. While that’s a bit low for a 5.5-incher, the Chinese brand’s proprietary VOOC charging is extremely fast that even a 15-minute plug-in time can last for a couple of hours.

OPPO R9S is priced at 2799 yuan (~Php19,900) and it will be available starting October 28. There are three colors to choose from: black, gold, and rose gold. From the looks of it, the black version was probably inspired by the new iPhone’s matte and jet black colors.