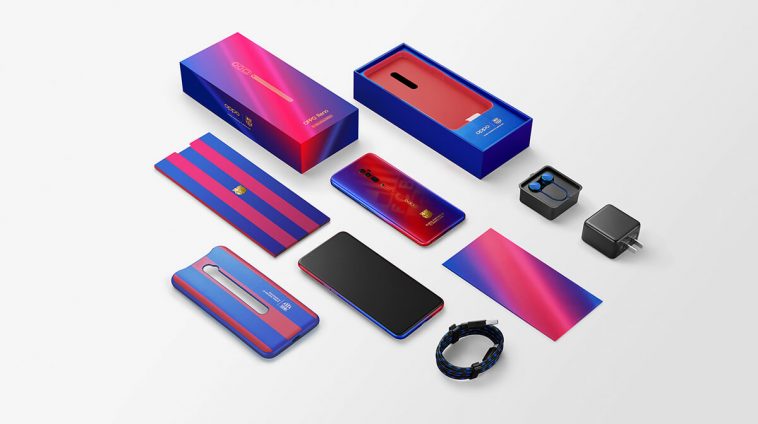 OPPO has renewed its four-year partnership with a renowned football team, FC, Barcelona, for another three years. And to commemorate this new chapter for both entities, the OPPO Reno 10X Zoom FC Barcelona Limited Edition smartphone was released.

The long partnership of the two is the reason we had the special edition OPPO R11 and F1 Plus models in the past. Now, it gets renewed with the OPPO Reno 10X Zoom FC Barcelona. This new variant is repainted to feature the team’s signature garnet and blue colors. A gold emblem of the team is seen at the bottom and an FC Barcelona logo subtly inked in the back that shows as it reflects with light.

Other than that, it’s still the same device as yesterday. In our full review, we liked the snappy performance provided by its Snapdragon 855 processor, the reliability of the 4,065mAh battery, and the flexible set of cameras that it has. With this renewed partnership, expect to see OPPO’s name in every FC Barcelona games. You can also see them in tandem on online and offline fan activities, workshops, and more.

OPPO said that the new Reno 10X Zoom FC Barcelona will arrive in select European and Asian countries soon. Hopefully, the Philippines is one of them.