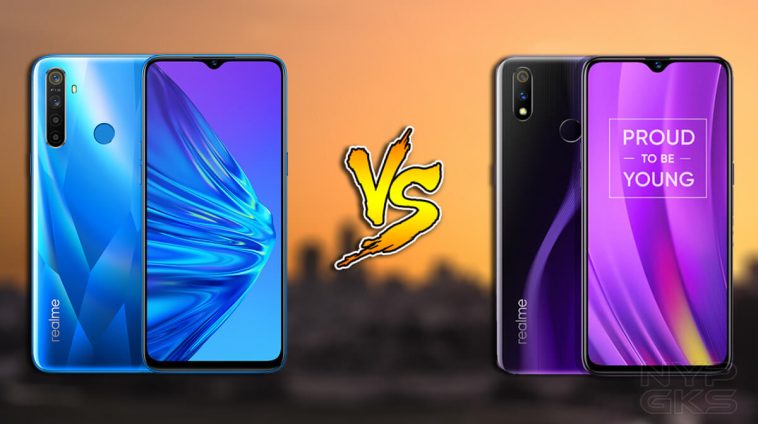 Realme was recently hailed as the fastest-growing smartphone brand in the industry.

So to keep the momentum going, the company announced the Realme 5 Pro.  This one brings improvements over its predecessor. It will also give them a chance to introduce themselves to more people in the market. The device comes out just a couple of months since the Realme 3 Pro went live. This device offers a lot of great features for the price, as what you can see in our full review. With that, in our Realme 5 Pro vs Realme 3 Pro specs comparison, we want to see what the company was able to come up in just a couple of months. Should you upgrade? Is the newer model actually better, or should you just get the old one and save money? Let’s figure that out. Before we digest the table above, bear in mind that the Philippine peso prices of the Realme 5 Pro that you saw are direct conversions. It’s still subject to local taxes and importation costs once it gets here.

Chances are, the Realme 5 Pro will be priced higher than its predecessor. But if we’re lucky, Realme Philippines will discount the Realme 3 Pro to keep the newer model within the familiar price territory. Now, let’s answer the question: which one should you get? The answer is simple, get the Realme 5 Pro. As what you just saw, this device offers an appealing upgrade over the Realme 3 Pro.

But if you already own the former, and you’re hesitant on spending money again on a new smartphone, then you should just settle. The Realme 3 Pro is still one of the best devices that you can get for the price. However, if you really plan on upgrading, here are the upgrades that you’d be getting.

The major one is the cameras. From having two rear cameras, you now have four cameras with the Realme 5 Pro. This one comes with a 48-megapixel Sony IMX 586 primary camera, an 8-megapixel ultra-wide snapper, 2-megapixel depth sensor, and a 2-megapixel macro camera. But to the Realme 3 Pro’s credit, it has one of the best cameras in this category, as what we found out in our camera review. The Realme 5 Pro’s design refresh is also noticeable. The Realme 3 Pro already has a unique color gradient design, but with the Realme 5 Pro, the company is stepping it up with its new diamond-like design. The newer model is also splash resistant for extra protection.

You’d be also getting a slight bump on performance with the newer model. This one has a Qualcomm Snapdragon 712 processor, which is a refined version of the Snapdragon 710 on the former. It also has a faster UFS 2.1 storage solution. The gaming performance should be identical since they both come with an Adreno 616 GPU.

Probably an underrated upgrade that the newer model has over the older is the inclusion of USB Type-C. The former still uses the microUSB. Other than that, everything else is pretty much identical. The two have a similar 4,000mAh battery with VOOC 3.0 fast charging. There’s also the same 6.3-inch FHD+ IPS screens.

Well, that’s it. Before making the purchase, we suggest that you wait for the newer model to arrive, even when you’re actually going for the Realme 3 Pro. Chances are, you can get it at a cheaper price once the Realme 5 Pro gets here.