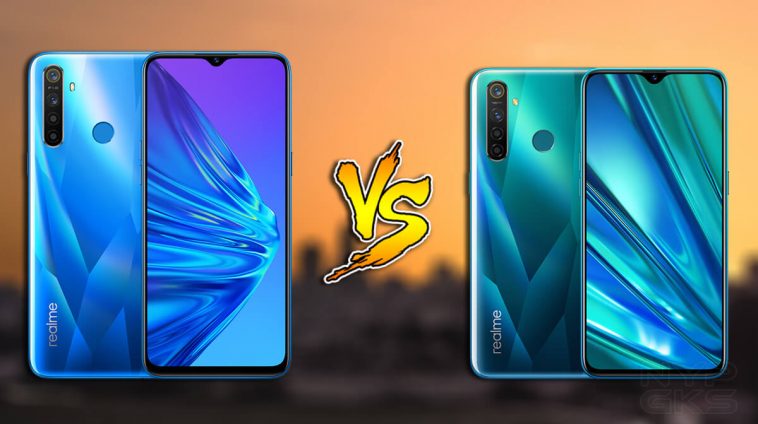 Realme has revealed the follow-up to their popular entry-level line-up with the Realme 5 and Realme 5 Pro.

Both the Realme 5 and Realme 5 Pro took from where their predecessors left off and gained a couple of substantial upgrades that may entice those who just got a Realme 3 or 3 Pro, even though these devices are only a few months old. This is also a chance for Realme to show off to those to those who are underestimating their existence. Which shouldn’s be that hard since they’ve been just hailed as the fastest smartphone brand to enter the top ten list.

So, if you’re interested in checking them out, here are two of the best smartphones that they make right now. Here in our Realme 5 vs Realme 5 Pro specs comparison, we will also be discussing the main differences between the two. This shall help you decide which one to get should pursue on going with this brand. As what you just saw, the Realme 5 Pro is obviously the more premium option than the vanilla Realme 5.

With the Pro model, you’d be getting a sharper FHD+ screen than the HD+ resolution on the non-Pro variant. It’s also sleeker and lighter thanks to its 6.3-inch size. But if you want a bigger screen real-estate for gaming or watching movies, the 6.5-inch screen on the Realme 5 might be better for you. Since it has a larger body, Realme was able to put a bigger 5,000mAh battery on the Realme 5. The premium model only comes with a 4,035mAh capacity. But to make up for it, the Realme 5 Pro does come with a faster VOOC 3.0 20W fast charging, while the former only comes with 10W.

Another edge that the Realme 5 Pro over the former is its processor. This one comes with a more powerful Qualcomm Snapdragon 712 chipset, which is also a step up from the Realme 3 Pro.

But the thing is, the Snapdragon 665 processor is not too shabby either. Especially in day-to-day tasks and gaming. However, you can get up to 8GB of RAM and fast UFS 2.1 storage if you go with the Realme 5 Pro. Both models come with a quad-camera setup. There’s the 8-megapixel ultra-wide snapper, 2-megapixel depth-sensor, and a 2-megapixel macro lens.

The main difference here is in the primary cameras. The Pro model has a high-end 48-megapixel Sony IMX 586 sensor, while the former only has a 12-megapixel shooter. The capable sensor on the Pro model also provides up to 960fps of slow-mo recording. Another underrated feature of the Realme 5 Pro is its USB Type-C port. While the Realme 5 is still stuck with microUSB. Other than those, the Realme 5 and Realme 5 Pro are pretty much identical. They both share the same diamond-like design with vibrant color-gradient paint jobs. The chassis is also well-sealed, achieving splash-resistant protection.

They also come with the new Android 9 Pie OS with ColorOS 5 interface and a rear-mounted fingerprint sensor. Personally, we think that you’re better off with the Pro model. The better camera, better processor, and faster storage could really justify the extra few thousand bucks that you’d be paying.

But, going with the Realme 5 is not a bad idea either. If you really want to save money, you can still expect to get reliable performance on this thing. The camera quality should also be great. The best part is, you’d be getting a bigger battery.

The local pricing for both devices in the Philippines is yet to be announced, so stay tuned for that.