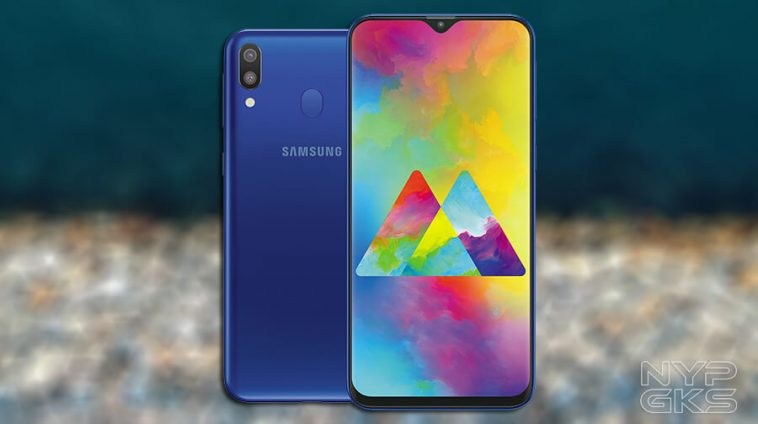 Samsung’s is finally bouncing back. Just recently, the company announced the Galaxy M10 and M20, their attempt to take on the emerging Chinese brands. Now, we’re taking a look at the Samsung Galaxy M20, the more exciting device between the two.

As expected, the specs list of the Samsung Galaxy M20 is meant to impress. It boasts a large 6.3-inch FHD+ IPS display with an Infinity-V notch on top, identical to the waterdrop ones that we have already seen before. Now, on to the important part. The Galaxy M20 will feature the latest Exynos 7904 octa-core processor. A chipset that Samsung really prepared to deliver high-end-like performance for budget-friendly devices. The processor is backed with either a 3GB/32GB or 4GB/64GB RAM and storage configuration.

Finally, we have the Samsung Galaxy M20’s other highlight feature, the battery. It has 5,000mAh worth of it and can be filled up by a 15W fast charger.

It will be available in Amazon and Samsung stores in India starting February 5. Meanwhile, its official release details here in the country are yet to be announced, so be on the look out for that.