Vivo has officially introduced the V5s in the Philippines.

In an event, the company has announced the arrival of the Vivo V5s – the follow-up to last year’s V5. It’s been less than a month since it has been released in India before making its way here in the country. This is also the same path that its predecessor took.

As expected, it’s also a selfie-centric smartphone that’s poised to join the ocean of pixel-packed handsets. The Vivo V5s has a 20-megapixel front facing camera with f/2.0 aperture and a range of new software features. There’s Face Beauty v6.0 and Moonlight Glow which enhances selfies by providing continuous diffused lighting.

In terms of display, it’s still a 5.5-inch screen with HD resolution. It would have been great if Vivo stepped it up to 1080p, but they decided to keep it the same. The CPU is still a MediaTek MT6750 and it’s still partnered with 4GB of RAM. What’s been upgraded is the storage, which now comes with 64GB out of the box. 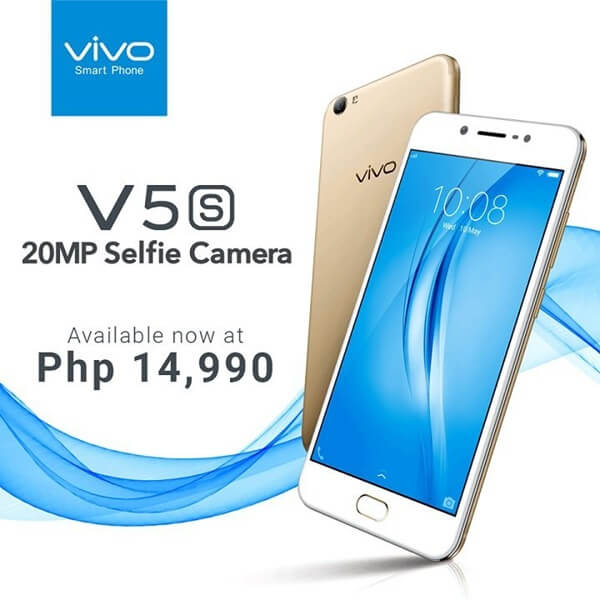 Probably the most noticeable difference here is its design. It’s now more sleek and elegant looking compared to the previous generation. The antenna bands are now gone, making the back of the device look more attractive. The matte black color, which is obviously borrowed from the iPhone, is really gorgeous.

Initially, we suspected that this phone will go head to head with the OPPO F3, but it seems like that’s not the case here. For Php1,000 more, the F3 offers a better screen resolution and battery. Of course, there are also some departments where the V5s excels at. We will be publishing a specs comparison article soon.

The Vivo V5s has a price of Php14,990 in the Philippines. You can now get it on all Vivo stores and authorized dealers nationwide.