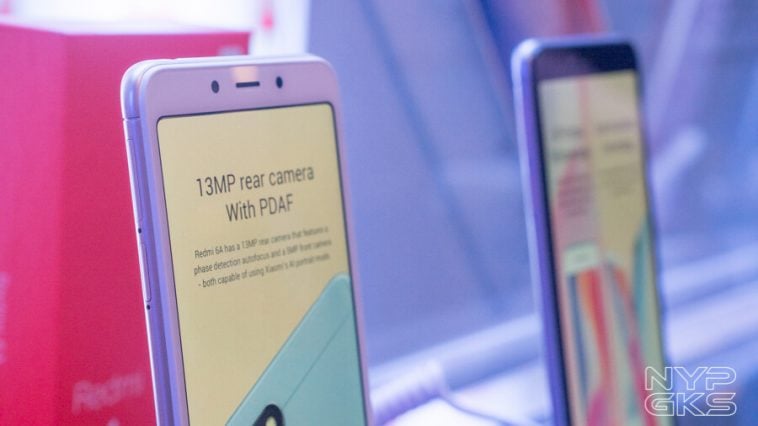 Together with the Redmi 6A, Xiaomi has made the Redmi 6 official in the Philippines.

Xiaomi is covering all bases in the smartphone industry. For those who find the Redmi 6A a little too underwhelming, there’s a lot of other options to choose from. Previously, the entry-level segment is dominated by the Redmi 5 series. But with the launch of the new refresh for 2018, they’re now taking a back seat.

Comparing it to its predecessor, it’s quite odd to see that the Xiaomi Redmi 6 actually has a smaller screen. But even if that’s the case outside, the hardware on the inside got a fairly decent bump. The Xiaomi Redmi 6 features a more powerful octa-core MediaTek Helio P22 processor, assisted by either 3GB or 4GB of RAM and PowerVR GE8320 GPU. Its screen measures 5.45-inches diagonally and it comes with a resolution of 1440 x 720 pixels. For security purposes, Xiaomi equipped the Redmi 6 with both fingerprint scanner and face unlock feature. In the camera department, there’s a 5-megapixel sensor for selfies while a combination of a 12-megapixel and 5-megapixel shooters at the back handles the more serious photography stuff.

The latest version of the MIUI 10 doesn’t come installed out of the box, but the Xiaomi Redmi 6 would definitely get the update as soon as it’s ready.