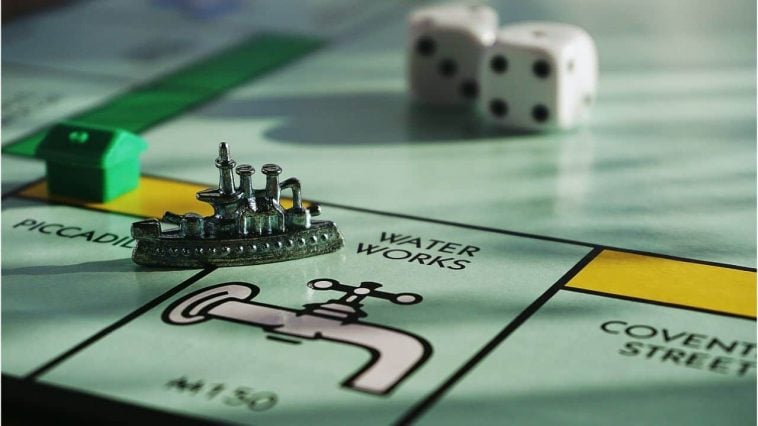 Video games have successfully relegated the beloved physical board games for those who were born before the 21st century. But its transition to the digital space made the millenials love it for its brain-teasing features. Developers have successfully recreated classic board games and innovated new ones to give an exciting gaming experience for all.

Dice, cards, boards, and mini balls are some of the pieces that you can hold, toss, and move when you play board games physically. While the social gaming aspect is lost in the picture as your challenger is on the other end of the screen, it’s still a fun experience when you play with your friends and loved ones.

Here are our top 7 choices for virtual board games this 2021.

The Game of Life

With its classic version created since 1860, The Game of Life is rooted in a progressive story as you culminate your college education until you get to retirement. The game’s goal is to ‘gamify’ the path of life that you may take. In 1960, a modern release of the game was made as commemoration of its century-long anniversary.

Players will be experiencing their teens, mortgages, job openings, romantic relationships, marriages, and even having kids. You will be given a certain amount of money at the beginning of the game than as it progresses, you will be paying for certain facilities, responsibilities, taxes, or even fines.

The winner of the game will be determined by whoever gets the most amount of money once every player reaches the end. It is currently available for all iOS and Android users with three-dimensional landscapes, virtual coins, and a journal to keep yourself tracked while playing. For iOS users, you can sync your favorite song using your account in iTunes hear it while playing.

Taken from its original Indian version, Snakes and Ladders is one the cheapest physical board games to be played by children since kindergarten. Instructors from the United States replaced it with ‘chutes’ as American kids reacted to the snake graphics badly.

The virtual board game version has the same hundred boxes or squares on the field with the same objective to progress from the first box to the 100th before your opponents do. However, you will still get hindered and aided by the ladders and chutes (snakes).

Currently, the game can be downloaded for free for both iOS and Android users with the option to play it without the use of mobile data or Wi-Fi. There is also a ‘survival-arcade’ mode to get the best gaming experience while having fun including a multi-player mode.

Known as the godfather of the virtual modern board games, Catan has both browser and app-based version which follows its traditional rules on a physical game. It requires both strategy and warfare with a maximum of three opponents (four players in total including you) or an AI. It also supports multi-player cross-platform online.

You can explore many terrains as your game progresses from one to infinity. Make sure to complete each challenge to expand your territory and money against your challengers. You can also strategize your trading or selling methods to get ahead of everyone.

If you are looking for the best virtual board game with fantasy creatures involved, going with the Small Word is the right choice. The gaming experience is filled with high-quality animations from the characters to each landscape. It is even boosted by the special abilities that you can use which are automatically upgraded as your game progresses.

Each level is considered a civilization where you need to collect treasures and fight your opponents to win the gameplay. Your movement will be determined by a virtual dice that you have to roll for each turn you will get. At the end of it all, the person who reaches the final level with the most number of treasures and pieces will win.

When we think of board games, Monopoly should always be part of your top five. Invented in 1903, the ‘King of Board Games’ demonstrates the economic shortfall of the monopolistic minds which sold more than a set of 300 million. You will take the role of a ‘monopolistic person’ to bring your challengers to the state of bankruptcy.

The virtual version of the Monopoly has been remodeled for the smartphone era where you can play with another user or an AI. But, the good news is that you can still deposit money in your bank, use character pieces, roll dices, be jailed, pay taxes & fines, and auction the properties you are entitled to.

Once you download the game via the App Store or the Google Play Store, you can choose among the three difficulty levels and customize it the way you play it physically. In addition, you have the choice to start with the hardest level and make your opponents suffer from the rules you set.

Some people consider Scrabble as the ‘Queen of Board Games’ as it goes hand in hand with Monopoly. Released by EA, a renowned gaming corporation, the game was first created in 1930 and bought together with Monopoly on physical stores with promotions bundling them up together. The app has a pre-installed dictionary to validate your words and avoid making up of words unintentionally.

Just as how it’s played physically, the virtual version of Scrabble will still require you to form valid words from each of your turns. Still, each tile has a particular score so the longer or more complex the word you create from the tiles, the higher the score you can get. If you intersect on a multiplier in the box, your points will also be multiplied.

The game is currently available for all iOS and Android users with an ‘instructor’s mode’ to get the best available word on every turn. Luckily, you can invite your Facebook friends for an exciting challenge and choose the ‘speed mode’ to quickly finish the round.

Tracing the game’s history 5,000 years back from the civilization of Mesopotamians, Backgammon is known as one of the ancient games across the globe. Its digital version still has the same gaming elements and goal which is to remove all checkers from the board through strategy and luck.

You will still be using a rectangular board so we suggest playing it on devices with bigger screens such as tablets like iPad, etc. Various versions are available for free on both App Store and Google Play Store, so playing won’t cost you anything.