Google recommends avoiding Android apps from third-party sources, but even its own Play Store is laden with malicious apps according to Avast.

The card game app known as Durak is Avast’s prime example. Downloaded over 5 to 10 million times, this app is free to play and decently designed. But keep it in your Android device for a couple of days and things start to get strange.

Out the blue, the affected device will show up warnings claiming that the system has been compromised. And as a suggested fix, these fake warnings lead gullible users to malicious websites. Victimized users won’t suspect the app to be the culprit, because it will have remained dormant for days (making it harder for users to trace back to it after having done other stuff to their phones since then). 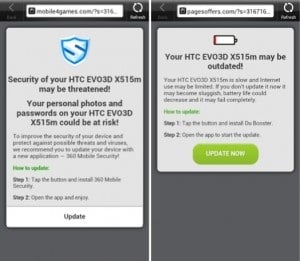 Avast offers protection against these threats. Better yet, users ought to be careful with what they just download. Even if it’s a free app, there’s always some sort of price to be paid.