In case you missed it, Apple just unveiled the newest version of iOS at the company’s WWDC 2014 keynote address in San Francisco. While it’s not the evolutionary leap that iOS 7 was over its predecessor, iOS 8 still brings a lot of new features and functionality that iPhone and iPad users are going to love. Here are the iOS 8 features that you’ll really care about.

Messaging and the iMessage platform are the most used features within iOS, so it makes sense that Apple would focus so much effort into giving them a boost. And with so many alternative messaging apps out there that are competing with it, Apple is actually feeling a bit threatened. So what did the folks at Cupertino do? Why, they “borrowed” some of the best features from their competitors.

The first best example is the ability to send a quick voice message instead of having to type out a text. This is a favorite feature in WhatsApp and one that was also recently borrowed by Facebook Messenger. In addition, you can quickly add friends to a group and then remove them just as easily. And it’s not just the functionality, but the implementation that gets borrowed here. To send a voice memo, you hold down the onscreen microphone button while recording your message, then let go to send.

In iOS 7, Apple finally “borrowed” Android’s notification area, however, it wasn’t nearly as interactive. That’s changed in iOS 8 as you can now reply to messages from the notification tray, interact with calendar invites, and more. That way, you never have to leave the app you’re in, and it even works in the lockscreen area.

What’s more is that the notification tray now supports widgets! If there’s one thing that easily separated iOS from Android, it was widgets. Now that iOS is getting them, there are fewer reasons not to choose an iPhone or iPad over an Android phone or tablet. 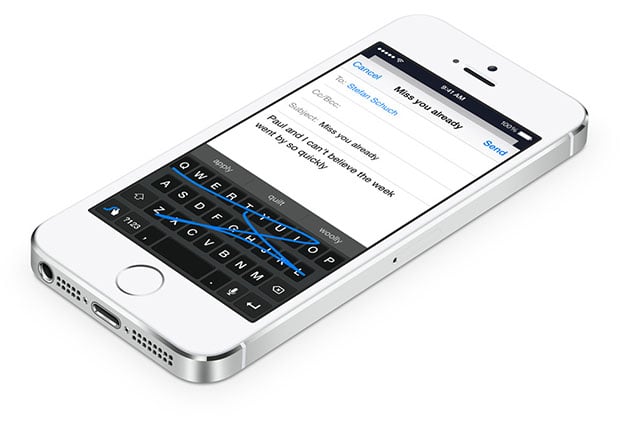 One favorite thing of mine about Android is the ability to install third-party keyboards. I’ve pretty much gotten used to Swiftkey on all my devices, so whenever I borrow my wife’s iPhone, it takes me a few minutes to get used to typing on it, assuming I last that long. Well, now iPhones and iPads are getting that ability too and Swiftkey, Fleksy, and a number of other third-party keyboards have already started development for iOS 8!

Apple’s virtual assistant gets an upgrade in a number of ways, most notably the ability to call her up by saying, “Hey, Siri”. If you’re familiar with “Ok Google” on Android, then this is basically the same thing on iOS 8. Of course, Siri has learned more tricks as well, some of which isn’t already baked into Android.

Siri can learn to identify a song that’s being played by listening to it, thanks to Shazam integration. It’s even better now that it’s been integrated into Siri because it isn’t a pain to launch. Now, you can just hold down the home button and Shazam will start recognizing whatever song you’re playing in the background.

Spotlight is basically a one-stop resource for finding anything on your iOS device, and that includes web searches. iOS improves its functionality by including restaurant reviews, news and even apps in the search results. Spotlight can even go into your library and let you search for any songs in there that match your query.

Apple was one of the first to include a fingerprint scanner on a smart device, but it’s no longer the only one on the market. Now, it has to compete with the likes of Samsung and HTC in offering that kind of functionality. This is why TouchID has been opened up to third-party developers, which would allow you to use TouchID in other apps. Imagine being able to quickly log into your Facebook or Twitter accounts by just pressing your thumb against the TouchID scanner.

HomeKit is pretty neat because it allows you to control upcoming smart home products, such as doors, lights, alarms and the like. Imaging being able to dim the lights by talking to Siri. Neat! Unfortunately, it’s just a promise right now, more than anything else. But hey, it’s pretty exciting to think what developers will be able to do with it in a few months. 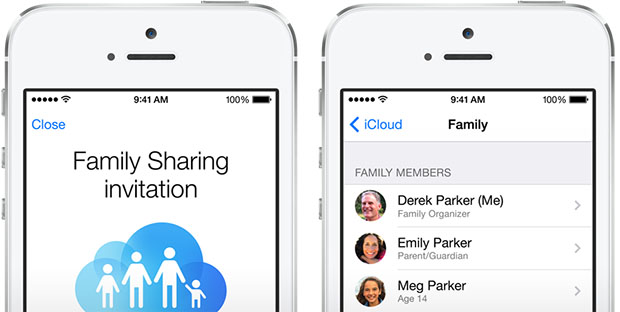 We humans are social creatures and within most households, family members are bound to share anything with each other. So why not extend this concept to iOS 8? That’s exactly what Family Sharing does. You can now share purchased content with up to 6 family members, as well as enable parental control so that any purchases by your children will have to go through your approval first before they can push through. Neat!

So What Will These New iOS 8 Features Mean to You?

Apple’s biggest advantage over Android is its streamlined experience. It’s a much shorter learning curve that a lot of casual users appreciate. This is why despite Android offering more control and customization over its platform, more people simply gravitate to the iPhone and iPad. And it certainly doesn’t hurt that they’re gorgeously designed devices when it comes to both hardware and software.

However, iOS 8 brings a lot of overdue features that should have been on the iPhone and iPad and can be found on any modern Android smartphone. Widgets, third-party keyboards, and enhanced messaging services are pretty new to iOS users, and will open up a host of new options that should improve the user experience. There’s no doubt in my mind that both platforms are about equal in the battle of smartphone OS supremacy, but iOS 8 becoming a hybrid of iOS and Android will definitely put things in its favor.