Realme has launched the Buds Air in the Philippines a couple of days ago. But for those who want an even cheaper true wireless earbuds (TWS), we have some good news.

Based on a certification from the Taiwan National Communication Commission (NCC), Realme is believed to be preparing an even more pocket-friendly TWS variant dubbed as the Realme Buds Air Neo.

First spotted in the teaser video of the official unveiling of Realme UI, Realme Buds Air Neo is undeniably the more affordable version of the Buds Air because they look identical. Thanks to these real-life photos, we’ve seen that it sports a microUSB port instead of USB Type-C, which clearly indicates that there are some cost-cutting involved in its development.

Another great feature of the regular Realme Buds Air is its wireless charging capability. Although they have a similar-looking case, it’s expected that wireless charging feature would not be present in the Buds Air Neo probably because of budget constraints. 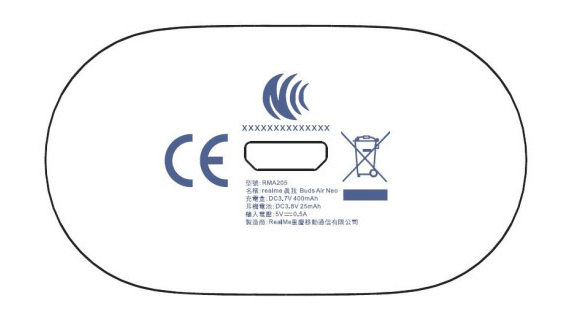 See also: Realme 5i to launch in PH on January 29

Based on the illustration above, the earbuds’ case is loaded with 400mAh battery capacity and each headset comes with 25mAh on its own.

Aside from that, there’s really not much information yet regarding this new true wireless earbuds. But what’s important is we know there’s something coming, so you can hold off buying the Php2,990 Realme Buds Air for now if you’re willing to wait for something cheaper.