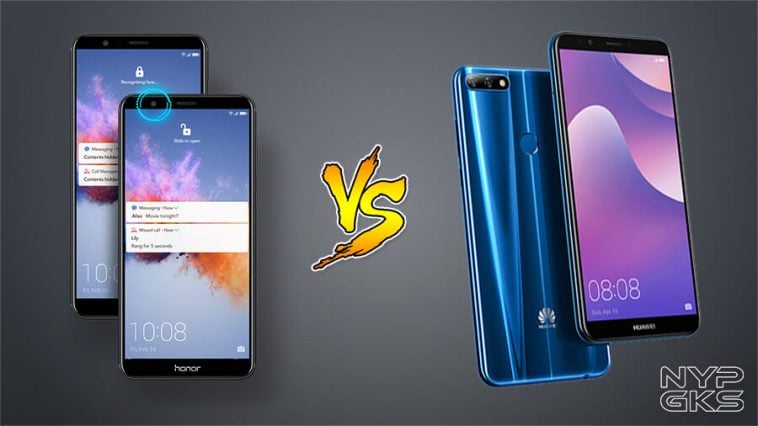 Honor has officially announced its formal comeback in the Philippines. While they are technically a brand under Huawei, since they are releasing different devices under the same price category it’s inevitable that these two names will have to go against each other.

An evidence to this case is the Honor 7X and the Huawei Nova 2 Lite. Both devices are in the sub-Php10k price bracket and are also offering some pretty compelling features for the price.

The Huawei Nova 2 Lite, as we noted in our full review, has all the necessary characteristics that may lure customers. And besides that, Huawei has a relatively better brand familiarity. On the other hand, Honor is still testing the waters here in the Philippines, which means they are still taking early steps and has a long way to go in introducing their name in the local market.

With that said, can the Honor 7X help them build a reputation in the country? Or will the Nova 2 Lite prevent that from happening? Read our Honor 7X versus Huawei Nova 2 Lite specifications and features comparison to find the answer to that question. Judging by the table above, it looks like Honor clearly has a chance to shine here in the Philippines. While it is slightly more expensive than the Nova 2 Lite, it’s evident that the extra cash you’d be spending is justifiable.

To start, the Honor 7X has a 5.83-inch FHD+ screen that is obviously sharper than the 5.99-inch HD+ screen found on the Nova 2 Lite. The table also shows that it packs a higher-clocked CPU — which is actually the same chipset found on some of their midrange offerings.

The Honor 7X also offers bigger RAM capacity at 4GB, twice the storage at 64GB, and a newer Android 8.0 Oreo version. That’s undeniably better than the 3GB RAM, 32GB storage, and the Android 7.0 Nougat running on the Nova 2 Lite. And to finish it off, the Honor 7X steals the win with its sharper 16-megapixel + 2-megapixel dual rear cameras, and a bigger 3340mAh battery.

As stated earlier, the Honor 7X will be exclusively available on Shopee, which is probably its only weakness. On the other hand, the Nova 2 Lite is much easier to get as it is available in tons of Huawei stores, kiosks, and authorized resellers nationwide.

The Honor 7X will be available starting May 5 for a price of Php10,990. Meanwhile, the Huawei Nova 2 Lite is available nationwide for Php9,990.