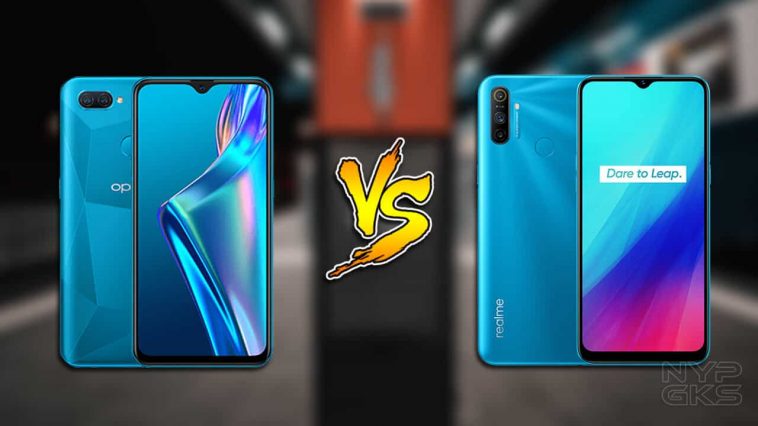 Looking for a capable smartphone under Php10,000? This latest comparison is for you.

Just recently, OPPO has released the new OPPO A12. It may not be the most imaginative smartphone that the company ever made, but it sure is packing a lot of interesting features that should be enough to cater to your daily needs.

But as you know, OPPO is facing a lot of competition in this price category. Even from its own sister company, Realme.

Here we have the Realme C3. Since its release, this budget smartphone has become really popular with people who want to game but don’t have the cash for a more capable midrange phone.

So, here in our OPPO A12 versus Realme C3 specifications and features comparison, we’ll help you decide which between these budget phones is right for your hard-earned money. Let’s start.

Well, I guess we have a clear winner here. Realme is quickly becoming known as makers of value-oriented smartphones, and the Realme C3 is proof of that.

As you just saw on the specs comparison table above. The Realme C3 has better features to the OPPO A12 — all that while maintaining a cheaper asking price.

For one, the C3 is powered by a MediaTek Helio G70 octa-core processor, the first gaming chipset made for entry-level smartphones. On the other hand, the A12 settles for an aging Helio P35 processor.

Along with the large screen is a generous 5,000mAh battery. This should easily provide better longevity than the 4,230mAh capacity that the competition has.

The Realme C3 also has the current Android 10 operating system with the company’s new Realme UI. Meanwhile, the OPPO A12 ships with outdated Android 9 Pie with ColorOS 6.1.2 for some weird reason.

If those are not enough, the Realme C3 has also overtaken the more expensive OPPO A12 in the camera department.

The 12-megapixel primary camera might look inferior to the 13-megapixel shooter of the latter, but we expect the C3 to take better images with its wider f/1.8 aperture. There’s also the 2-megapixel macro camera, which the A12 lacks.

Bottom line is, the Realme C3 was able to win this competition with its faster and more powerful processor, bigger screen and battery, and better cameras — all of that while having a cheaper price than the OPPO A12. You can learn more about it in our Realme C3 full review.