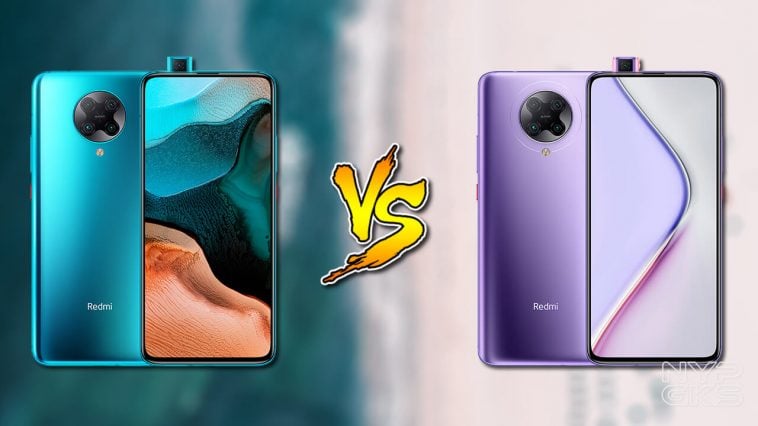 Their predecessors were highly popular thanks to their impressive price-to-performance ratio. Those were high-end devices with midrange price tags. And with the new Redmi K30 Pro 5G and K30 Pro Zoom, we’re expecting nothing less.

But as you have noticed, the branding is a little different now. With the addition of a “Zoom” model, we’re expecting Redmi to have a bigger focus on photography with this year’s iteration.

As the name suggests, both devices are a big step up over the vanilla K30 and K30 5G. Unlike the former, the newer model now comes with flagship specs and features.

With that, we’re curious to see what does the Zoom model has in store for us and how it differs from the 5G model. Our Redmi K30 Pro 5G versus K30 Pro Zoom specifications and features comparison starts now.

Well, as you just saw, the Redmi K30 Pro 5G and K30 Pro Zoom are basically the same exact devices.

The only main difference is, obviously, the cameras. But even in that area, they are not too different from each other.

What makes the Redmi K30 Pro Zoom special is it’s 8-megapixel telephoto camera with OIS, which does 3x of optical zoom, and up to 30x of hybrid zoom. On the other hand, the vanilla Redmi K30 Pro 5G settles for a 5-megapixel macro lens.

Other than that, they are pretty much one and the same. They even use the same 20-megapixel selfie camera, inside a glowing pop-up mechanism, like what we saw on the Mi 9T.

It’s even harder to tell them apart since they share the same design. There’s the rounded camera bump on the back, with an X shape on the middle that divides the quad cameras.

You can also spot the almost bezel-less 6.67-inch AMOLED screen on the front, made possible by the said pop-up mechanism that hides the selfie camera.

As stated earlier, the Redmi K series is known for their flagship specs, without the flagship price. That’s why we have the Qualcomm Snapdragon 865 processor that’s powering both devices.

It’s also equipped with a beefier vapor cooling chamber to keep the temperature down while gaming. Rest assured that the chipset is performing at its best — even after hours of playing.

Probably the only downside we found is the lack of a microSD card slot on both devices. This could be a huge bummer for power users who demands storage expandability on their smartphones.

It would also be nice to see a fast 120Hz refresh rate screen on this one, or even 90Hz, just like what the Realme 6 series and other devices have.

But other than that, it looks like Xiaomi has come up with another killer line-up with the new Redmi K30 Pro and K30 Pro 5G. Hopefully, it arrives in other markets too, especially here in the Philippines — possibly as the Xiaomi Mi 10T Pro and Mi 10T Zoom.