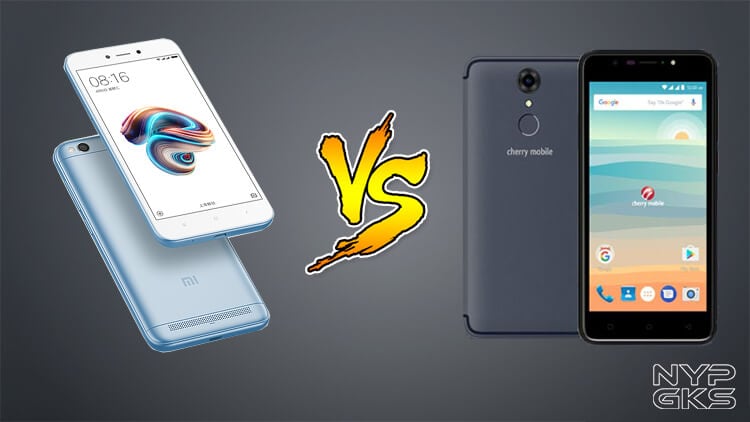 The low-end smartphone market has always been a tough ground to step on. For such limited resources, manufacturers are tasked to come up with a device that can hit as many items on the consumer’s checklist.

As simple as it may look, doing such task is really difficult. However, if you’re a brand and you’ve been doing it for quite some time already, I guess it wouldn’t be so hard.

Two of these brands are Xiaomi and Cherry Mobile. Both companies are known for their budget-friendly smartphones, something that they have been creating since day one. Today, we’ll be comparing each of the two’s most capable budget offerings to see which among Xiaomi and Cherry Mobile was able to check off the most boxes. Check out the specs comparison of Xiaomi Redmi 5A and Cherry Mobile Flare S6.

Unlike what most people might have anticipated, the fight between the Xiaomi Redmi 5A and the Cherry Mobile Flare S6 didn’t completely favor a single party.

As it turns out, despite being the underdog brand, the Flare S6 still managed to level with the Redmi 5A in a lot of specs. For one, the Cherry Mobile device offers a slightly bigger screen at 5.2-inches, although both of them has the same HD resolution, so Xiaomi has the edge in pixel density. The Flare S6 also has more pixels in its front-facing camera, a fingerprint scanner, and USB Type-C connectivity.

However, the Xiaomi Redmi 5A was able to take home the bacon in the major areas. For one, it runs on a slightly newer Android 7.1.2 Nougat, instead of the Android 7.0 found on the Flare S6. Xiaomi also used a faster and more efficient 1.4Ghz Qualcomm Snapdragon 435 processor. It also has marginally smaller dimensions and overall footprint. But despite that, the Redmo 5A is still heavier, which is actually due to its larger battery. To wrap it up, both devices appear to be really compelling for the price. But bear in mind that you’d be paying a little bit more for the Redmi 5A as it retails for Php4,590, while the Flare S6 is sold for only Php3,999.

You can also check out our full review of the Cherry Mobile Flare S6 to help you on making the purchase decision. Our review of the Redmi 5A is also in the works and it will be published in the coming weeks.