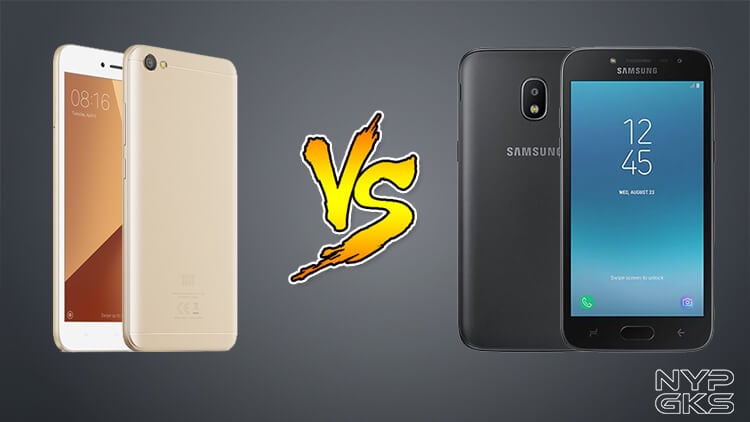 Today, we’re going to pit the Samsung Galaxy J2 Pro against the Xiaomi Redmi 5A.

Xiaomi has finally made their much-awaited comeback in the Philippines a week ago, and they launched the budget-oriented Redmi 5A yesterday. This creates a lot of conflicts in the competitive Philippine smartphone market, which is currently dominated by Chinese brands and Samsung.

While the two may have a significant price difference of up to almost Php3,000, we find the Xiaomi Redmi 5A capable enough in terms of hardware to go up versus Samsung’s Galaxy J2 Pro. Right off the bat, the cheaper Redmi 5A trumps the Galaxy J2 Pro in the operating system and screen resolution. Its software is a little bit newer while the 296 pixel density is miles better compared to its competitor. However, the Galaxy J2 Pro wins in terms of display quality with its Super AMOLED screen and Corning Gorilla Glass 4 protection.

In terms of processing power, the two handsets are equal because of them are carrying the Qualcomm Snapdragon 425 chipset and Adreno 308 GPU. But, the Redmi 5A has a slight edge in multitasking and other tasks as it has 25% more RAM than the J2 Pro (2018). Both have the same capability when it comes to storage with 16GB built-in plus an option to expand it up to 256GB by using a microSD card. Moving on to the camera department, the Samsung Galaxy J2 Pro takes a quick lead with its LED flash in front which could help in taking selfies in low lighting conditions. The Redmi 5A gets an advantage with its f/2.0 aperture. The two have 5-megapixel sensors in front. At the back, the Redmi 5A has a more pixel-packed 13-megapixel shooter with phase detection autofocus. Meanwhile, the Galaxy J2 Pro is equipped with an 8-megapixel rear camera. Both come with LED flash help out when taking pictures during night time.

Samsung was still able to include a fingerprint scanner in the J2 Pro. On the other hand, Xiaomi had other things in mind. There’s no fingerprint sensor in sight, and there are only the typical security options like PIN unlock and Lock Pattern. Hopefully, face unlocking feature would get pushed in a future update. The Xiaomi Redmi 5A has a bigger 3,000mAh battery compared to the 2,600mAh capacity of the Samsung Galaxy J2 Pro (2018). But considering that it has a sharper 720p resolution, and J2 Pro’s Super AMOLED efficiency, we can assume that the battery life of the two won’t be too far off. Redmi 5A’s battery is not user-removable while Samsung J2 Pro’s battery can be easily replaced when it gets busted.

Overall, we could definitely say that the Xiaomi Redmi 5A is a great value for money smartphone. Samsung’s offering isn’t bad either, but its competitor’s aggressive pricing can’t be overlooked.

This comparison would have been a close call if they have identical pricing, but Xiaomi’s offering is almost 40% cheaper than Samsung. That alone makes it an easy choice, since they don’t have many differences anyway.

How about you? Which smartphone would you pick? Let us know in the comments section below.