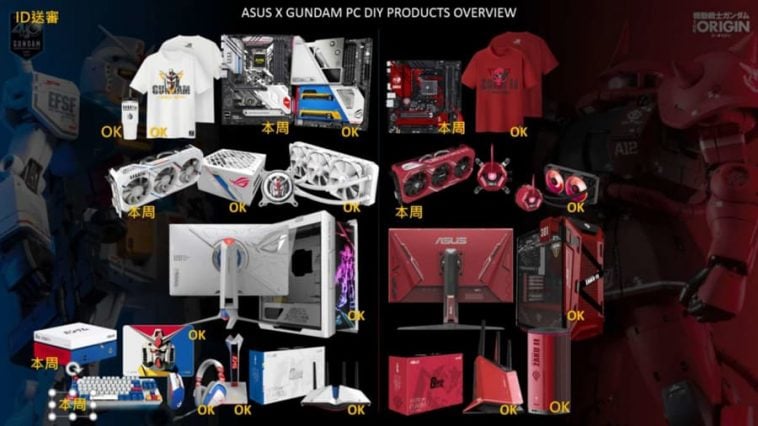 If you’re a big fan of the Gundam animated series and collects a lot of Gunpla figures, then you might want to check out this latest update from ASUS.

A new report suggests that ASUS is making Gundam-themed PC parts, peripherals, and accessories. Part of the line is rumored to be an ASUS XII Extreme Gundam motherboard, which has an LGA1150 socket to support Z490 chipsets like the powerful Intel Core i9-10900K.

An ASUS GTX 1660 Ti Gundam model is also expected to arrive. And if we’re lucky, a special Gundam versions for the latest RTX 3000 series cards.

Clearly, you can deck out your entire gaming setup with Gundam swag. However, their pricing and availability in Japan, and whether it will arrive in other markets like the Philippines, are yet to be announced.