Having a fast internet connection is indeed a boon for any household. Not only does it facilitate an efficient interaction between the user and the internet, it also ensures that multimedia is delivered without lag as well. At the right pre-configured setup, this means being able to stream videos on the internet, among other things.

In the Philippines, that day is already ripe which brought a handful of streaming or video on-demand services to the locals. However, dissimilar from YouTube, this kind of service does not come for free. It is like having subscription to a cable which provides you your wanted media entertainment, but only better in some ways.

Streaming or video on-demand services provide subscribers a convenient means of amusement by giving them control of what to view and whenever, among other perks, which is much unlike what the traditional pre-programmed TV does. More than anything, to stream has become synonymous to total control binging which many of us like to do during our free time outside of work.

Here are 9 of the best streaming services you can avail in the Philippines:

Netflix is a “giant” brand when it comes to its streaming services, primarily influenced by its own-produced movie titles that are also exclusive to its showcase. But these are not your typical “B-movie” films that were made simply for the sake of just film-making.

Whether its TV series favorites like House of Cards, Stranger Things, etc. or movies like 1922, Triple Frontier, Outlaw King, etc., if you see “Netflix” at the start and around the credits, you bet such a film is amazing. 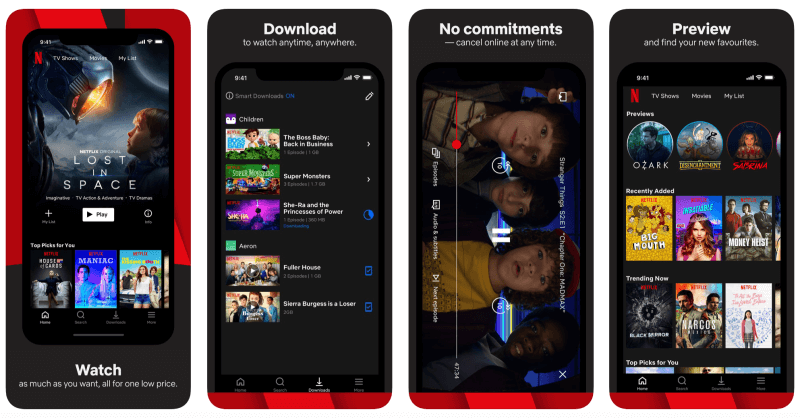 Now, for a company which spends lots and lots of money trying to make high-quality films to add to its list of exclusive titles, you can expect Netflix to ask for “premium” prices for its service—ranging between Php370 to Php550, depending on the scope of service.

Pros: The exclusive Netflix-produced titles and tons of other new contents being added.

Cons: Licensed contents are constantly in the state of being added and removed, not just aggregated.

Sharing an almost the same business model as HOOQ, iFlix is a streaming service which caters to both local and international films. In addition, iFlix also showcases a handful of foreign language films which adds interest to a broader open-minded demographics. As of 2017, iFlix is the exclusive provider of the applauded titles, Fargo and Mr. Robot. 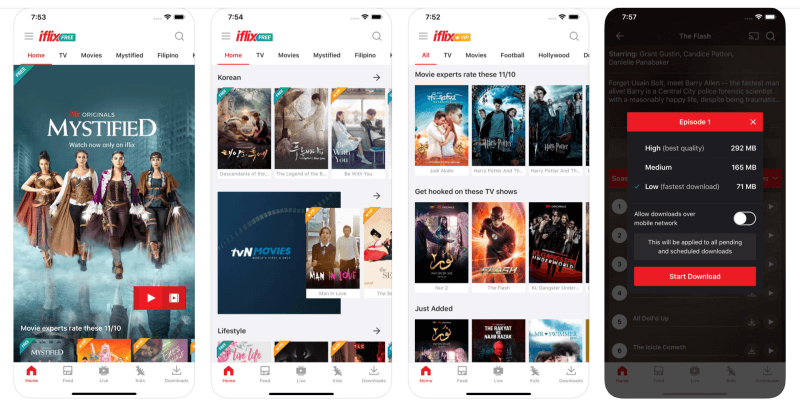 Pros: Enables simultaneous viewing for up to two unique devices; considered very cheap in cost when compared to other streaming services in the list; enables download for later offline watching.

Featuring not only shows aimed for the international market, HOOQ also showcases a gallery of locally-produced movies, like the highly-anticipated sequel to Erik Matti’s “On the Job” film of 2013 which is due for release on June, 2019. 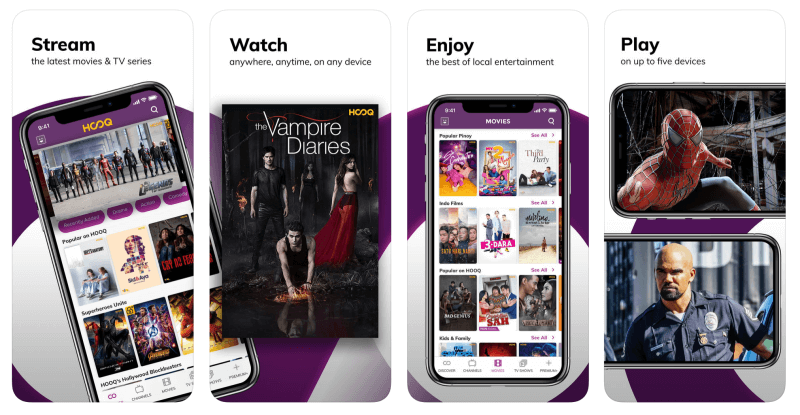 Pros: You get the best of both worlds (local and international films); Allows for simultaneous streaming for up to two unique devices; Enables offline viewing.

Essentially ABS-CBN’s, the largest TV network in the country, entry into the foray of streaming services, iwantTV curates all of the networks own produced shows, movies, etc. while also giving subscribers the ability to livestream all of the network’s channels through mobile devices. 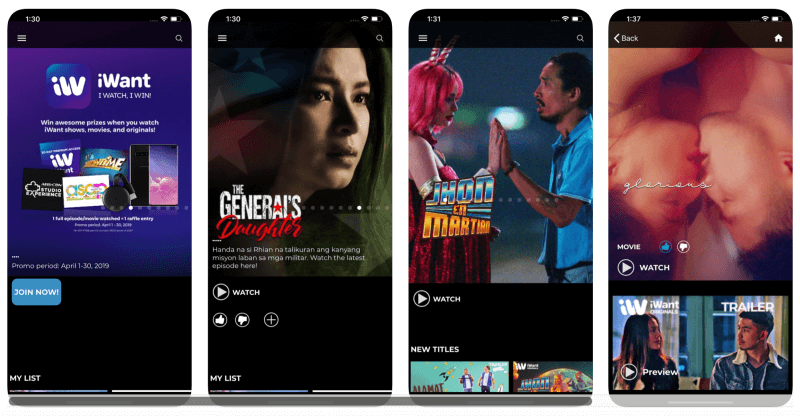 Ideally, this is a streaming service for the fans but do not have the privilege of being in front of the TV every time to keep up with their following on programs or shows.

Pros: Everything from the network is in.

HBO Go has a cornucopia of contents including talk shows, documentaries, sporting events, movies, and shows. But not everything is original to HBO Go as some of it are licensed contents it willingly shares with its competitors in the business. 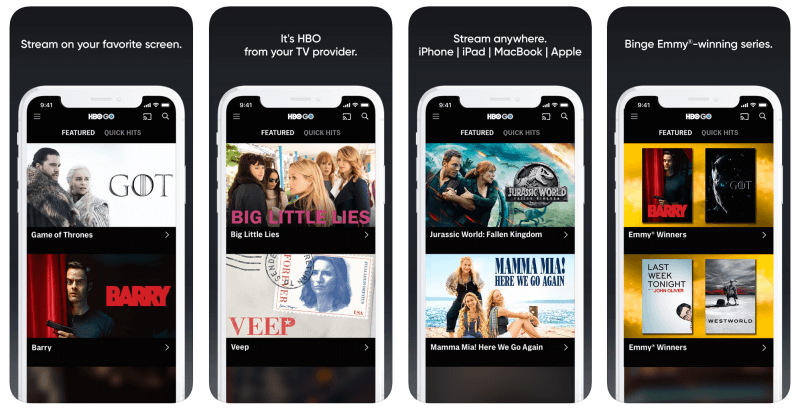 Pros: It enables subscribers to livestream all of its channels; can run simultaneous streams for up to two unique devices.

Cons: Like Fox+, the contents in HBO Go is considered significantly “scarce” or just limited.

Fox+ is, as you guessed it, the Fox Broadcasting Company’s take into the streaming service business. Although having a gallery of movies and shows (like the Homeland and The Walking Dead) are Fox+ mainstay, it also caters for livestreaming of sports events, including 3 Fox Sports, which essentially makes it essentially the local home for entertainment. 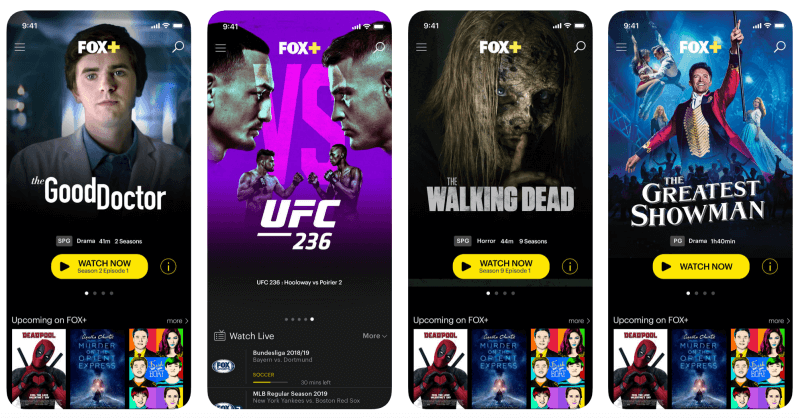 Pros: It enables simultaneous streaming for up to two unique devices; also allows for download for later offline watching.

Cons: On-demand content is relatively limited when compared to other business brands currently mentioned in the list.

Like Netflix, Amazon also dabbles in the creation of its own exclusive titles such that it managed to produce award-winning contents such as the American Gods, Mozart in the Jungle, and Transparent. But it also holds licensed contents coming from its competitors, too, like Game of Thrones from HBO and The Handmaid’s Tale from Hulu. 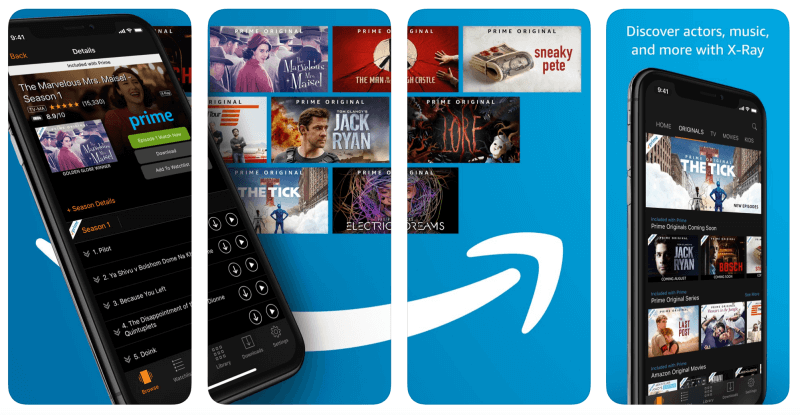 Cons: Shares similarity with Netflix where new contents are constantly being added and subsequently being removed; There are “a la carte” contents that does not come with the subscription and requires added payment.

The internet is littered with platforms which provides an “illegal” streaming of anime titles ever released. But, for real anime fans, nothing beats loyal support and, hence, why people consider Crunchyroll. Essentially a streaming service aimed at catering for anime fans and enthusiasts alike, Crunchyroll feature Japanese animation and anime-inspired live-action shows, including the ability to do simulcast. Cons: UI functionality is not up-to-point and UI design can be cluttered.

Fans of Korean and Japanese actors have a special place in Viu which is essentially a streaming powerhouse of teledramas coming from the East. Although the addition of each episode is not up-to-date as “real time,” they do nonetheless appear merely hours after the first and original TV airing. 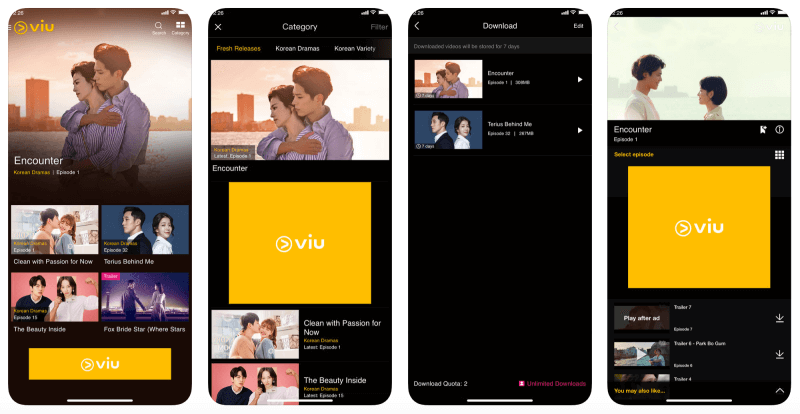 Pros: The service is free for those who could “stomach” the poor-quality display (480p) and presence of running advertisements; large selection of Korean and Japanese teledramas.

Cons: Premium subscription does not necessarily rid the service from unwanted ads. 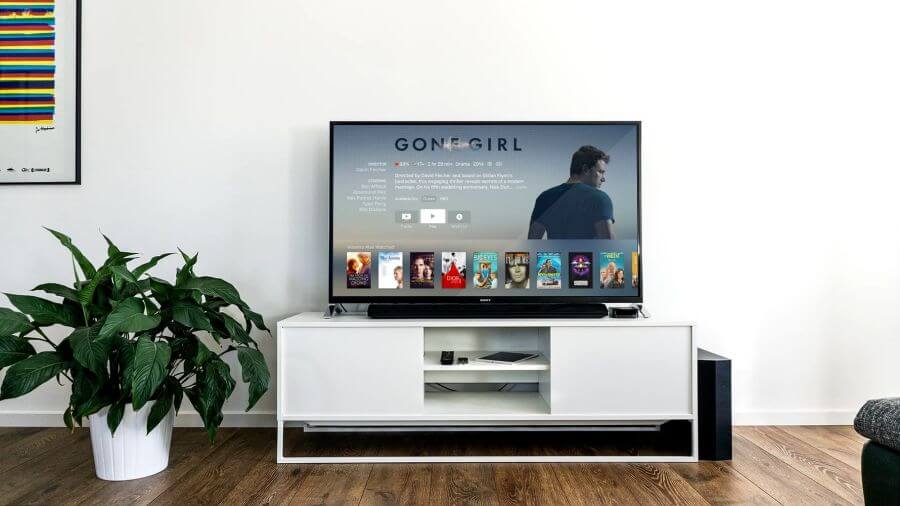 So, there you go. The 9 best streaming services in the Philippines for 2020.

Which streaming service are you currently enrolled in? What did you like best about it?

Is there a streaming service that was recently-introduced in the country that we might have missed? What is it? What is so good about it?

Let us know about it by leaving your comments below.