Wherever you turn, it seems as if the talk of the town has become this ‘Adorable Home’ topic. Even when you think you’re in the comfort of social media, it only gets abundant from there. Truly, the cute simulation game has taken the hearts of many—of any age and of any gender.

After all, who can’t resist adopting a bunch of cats, decorating your ‘dream’ home, and having unexpected animal visitors drop in once in a while? The trend has been going on for a month, but really, Adorable Home has been around for quite some time.

What exactly is this Adorable Home game?

While it recently became famous for its simplicity and relaxing gameplay, Adorable Home was released on January 9, 2020 by HyperBeard—a mobile game developing, and publishing company based in Mexico. This is the same developers who produced similar apps such as KleptoCats and its sequel, KleptoCats 2.

The game really has no set-specific goal (such as beating levels or becoming stronger to face future challenges) other than tending to your in-game cats, preparing food for your partner before he/she goes to work, and decorating different rooms of your… well, Adorable Home. 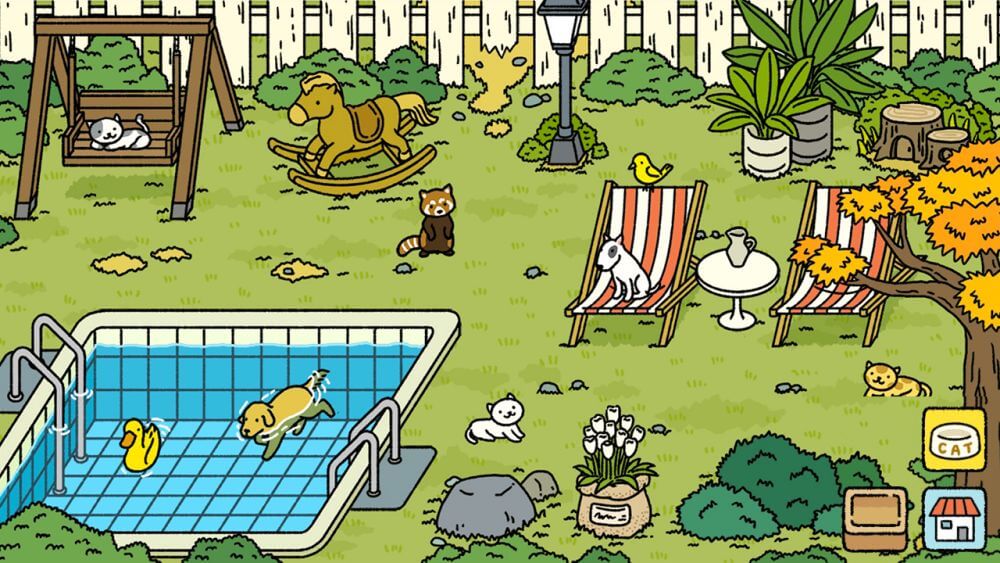 Once you’ve furnished your home with different decorations, a special surprise awaits when various animals (such as a penguin, different dog breeds) starts to visit your home. Perhaps the only challenge here are the minigames you play when interacting with your cats. But in turn, they give you ‘love’ which is the currency in the game used to purchase decorations and food. Your partner and visitor animals also give you ‘love’.

But, wait. If that’s all there is to it, why are people so eager to install the app? Why the popularity? Here are in-game details and fun features you can enjoy when playing Adorable Home.

You can choose your virtual partner

Once you’ve installed the game, the first task you do is to select your character appearance, but you also get to select your partner which, later on, you will prepare his/her bento box before heading to work.

Now, when we say, ‘selecting your partner’, this is a free choice. Not because your main character is a girl, or a boy means that your partner is only limited to the opposite gender. Plus, you get to name him/her so, for most players, it adds to the so-called kilig factor how you can actually share your home with your crush and even prepare him/her meals (which you get ‘love’ when your partner returns from work). For a minimal simulation game, this has created a positive outlook towards players. Using Android cheats for Adorable Home will give you any amount of love points you need in the game.

There are 12 cats to collect and take care of

Actually, if there are any goals at all in this game, it’s having to complete all 12 cats currently available. You start with the first available cat, Snow, but as you progress through the game—collecting ‘love’—you can head over to the shop to exchange it for a gift which contains a new feline member inside. The gift boxes will not tell you which cat it contains, but it will reveal itself upon purchase.

All 12 cats have names which matches either their personality or their appearance: Snow, Niki, Peanut, Oliver, Molly, Tobby, Moka, Tiger, Gabu, Elisabeth (although, in-game the spelling lacks an ‘e’), Max, and Cookies. 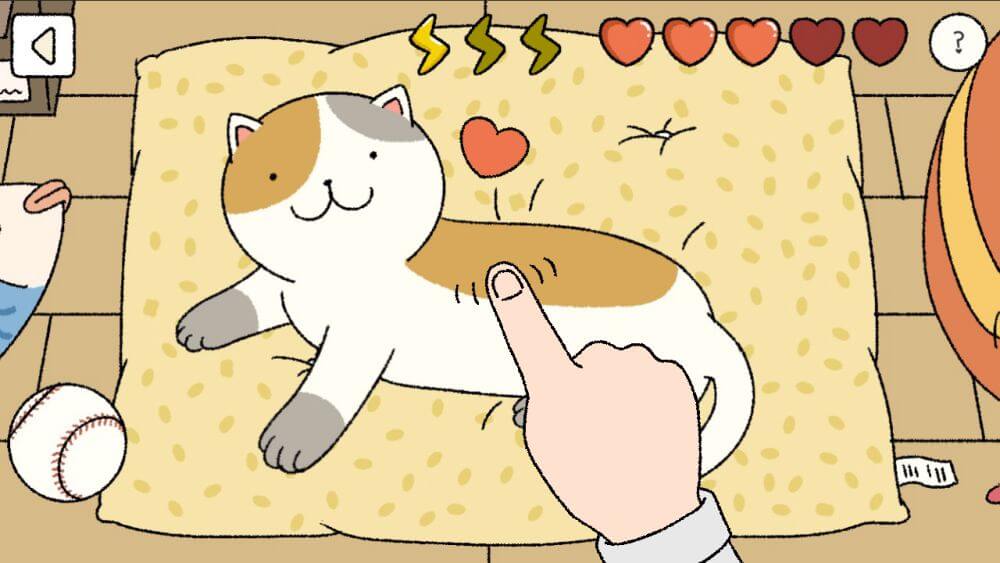 These cats are the main source for receiving ‘love’. From time to time, they will be available to ‘care’ for through 3 mini-games (the mini-games are the same for all cats): finding the right spot to stroke the cat, clipping the cat’s nails, and giving them a shower.

Among the 3 options to pamper your pet cats, the challenging one is perhaps the first where you are tasked to find the right area to touch their fur. There are different areas of the body where you can pet them, and the cats change their position from second to second. However, the difficulty lies when you really have to discern that exact spot to keep them pleased.

Other than giving your cats attention; you also have the task of refilling their bowls whenever you open up your Adorable Home app (or when a notification pops up that their food bowls need refilling). Cat food are also purchased using ‘love’. This goes to say that providing for your cat’s needs are one of the main ways to progress through the game.

This is the start of your (virtual) dream house

This is probably one of the competitive aspects in the game if you do plan to post a screenshot of it on your social media accounts. The aesthetics of Adorable Home literally lives up to its title: it’s to garner enough ‘love’ to purchase a variety of furnishings available to different rooms. So far, there are only three areas you can unlock (also by purchasing via ‘love’): the bedroom, the garden, and the Lounge—which is your starting point in the game.

Basically, the game opens with the only storyline which is about you and your partner recently moving in. As you progress through the game, mostly collecting ‘love’ from your cats and your partner, you have the freedom to buy whatever catches your eye in the catalogue. Of course, players are naturally inclined to decorate their homes with different themes and which items speak to them and their characteristics. 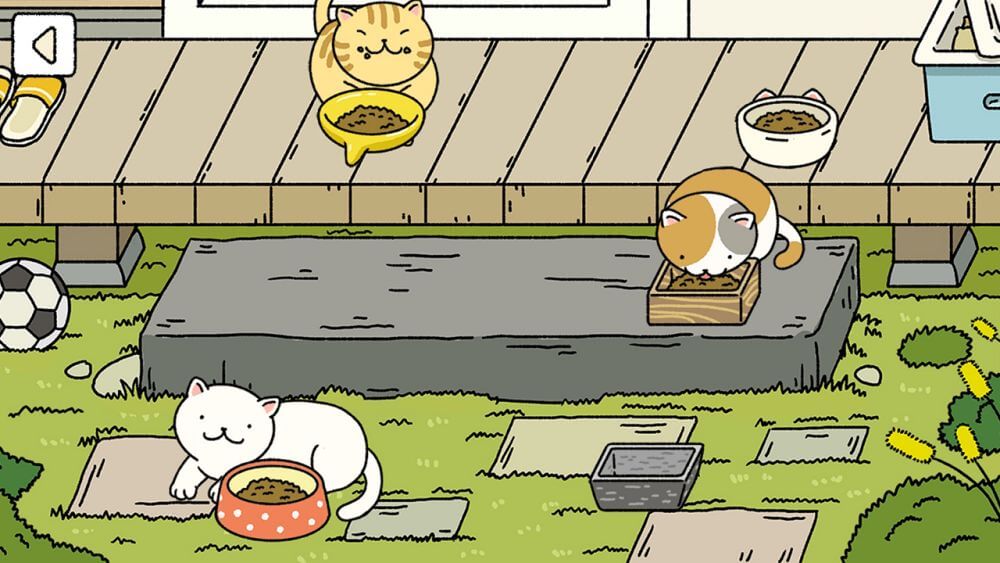 There really is no limit to your creativity. Take note that different items may attract different animal visitors; so, it doesn’t hurt to try placing new furniture from time to time just to experiment on which animal will come around to play.

The bento box feature is just too cute not to mention

The game basically implies that your partner works (I don’t know where, it’s also up to the player’s imaginative thoughts) while your main character stays at home to tend to your cats, to your home, and, of course, to provide food for your partner whenever he/she returns from a day’s (even night’s) job.

How does that work exactly? The bento box is all the effort your partner needs. That’s right, you get to choose from all sorts of food currently available in the game for your partner to chow down on. There are three things you need to prepare: the main dish, the side dish, and the dessert. Plus, you can change the bento box itself so that you don’t always have to serve the food on a wooden box. Of course, all of these can be purchased via ‘love’. Once your partner gets home, you will then receive substantial ‘love’ which calls for another main source to receive the in-game currency.

It’s a casual game, so take your time and enjoy its atmosphere

When you view Adorable Home from outside the ‘box’, you literally realize this is similar to a children’s game (despite the fact that the developers themselves warn that there are some content inappropriate for children below the age 13). If you remember the hit cat-game before Adorable Home—Neko Atsume (Kitty Collector)—then you probably know what you’re in to. But if you’re impatient, you can always use Adorable Home cheats for Android. 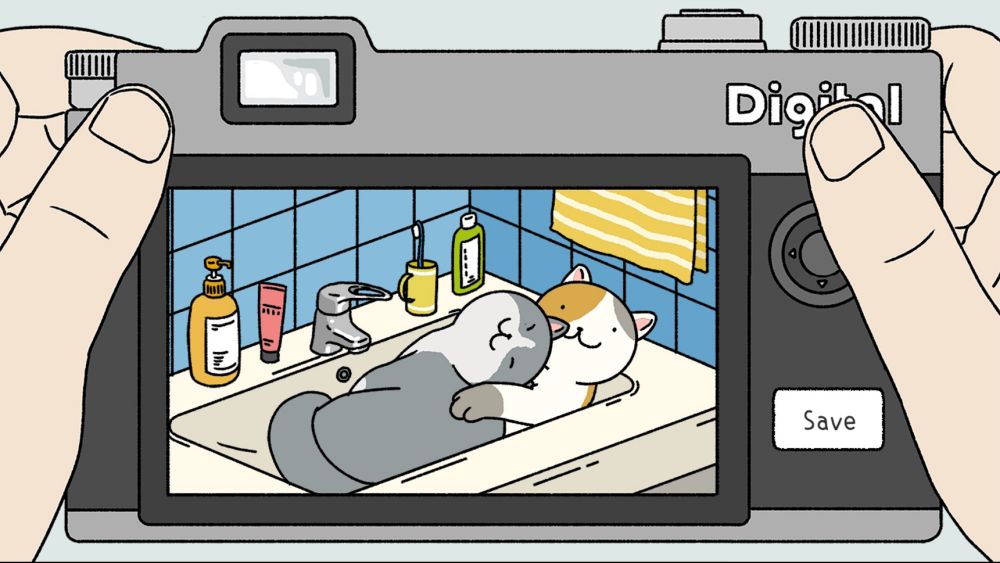 Since it’s a simulation game, using a real-time basis; it’s as casual as casual gaming could get. The reason why so many players are attracted to it isn’t just because of curiosity, but because it really does have a relaxing quality to it once you’ve gotten involved with the gameplay. It’s like having a ‘family’ to look after on your smartphone. Having no real goal in the game other than purchasing furniture, waiting for new animals to come interact with the items you’ve placed, it’s very much a go-to app for de-stressing and taking things slow when things get confusing back here in the real world.

Indeed, the Adorable Home fever has become something hard to ignore. Everyone is starting to view the game as a phenomenon although minimalistic in nature. In fact, it has been the subject of memes which had become one of the main ‘advertisement’ points scattered all over social media platforms.

It is interesting to note that even a simple game also leads some players to use cheats and codes to garner more ‘love’. Not only does this ruin the ‘fun’, but it kind of takes away the whole point of the game which is to collect those hearts through effort. The game has made updates to lessen bugs and glitches (such as animal visitors suddenly sizing up to fit the whole screen), as well as to avoid cheap tricks (such as the ‘trick’ on pressing the x80 button several times after you have played a minigame to get more than 80 ‘love’).

On a final note, the game does have a potential to grow among other simulation games competing for a spot in the app stores. It will still be one of the highlights of the year which attracted the hearts of the Filipino people, and how it became a phenomenon will remain as an achievement for a basic yet adorable game.