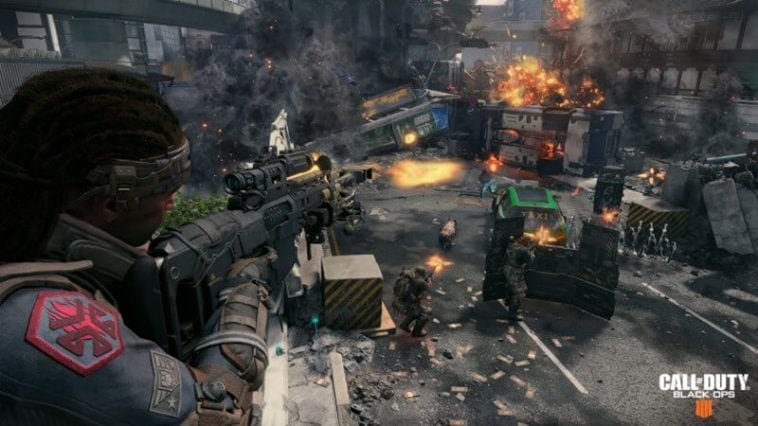 Battle Royale games’ popularity skyrocketed the past year and Call of Duty is now trying to get in on the craze. With Blackout, Call of Duty has a game mode that can rival popular games like PUBG and Fortnite.

Gamers interested in playing the Beta version, which is set to be released on September 11 on the PlayStation 4 (PS4), will have to pre-order the game in order to play.

Here’s everything you need to know about Call of Duty Blackout.

Blackout boasts the largest multiplayer map Call of Duty has ever created. The map features old locations from previous Call of Duty games. Names like Nuketown Island, Array and Firing range might be familiar to some Call of Duty fans. The player count for the beta is 80 players, but it’s hinted that the number might go higher up to the 115 range. 80 players would surely be enough to fit in the humongous map. PERKS are BACK! Sort of.

Perks in the Blackout mode is not permanent like typical Call of Duty multiplayer games we’re accustomed to. In this game mode, perks are consumables. They have timers so you better use them wisely.

Here are some of the perks that’ll be scattered around the map for you to pick up:

Paranoia
Sends out an audible alert when an enemy sets their crosshairs on you.\

Outlander
You take less damage from the circle and are given a speed boost when taking said damage.

Consumer
The time to heal yourself, revive teammates, and use items is reduced by 20 percent.

Stimulant
Your health goes up 100 points. Currently, there are only 4 vehicles available but I’m pretty sure they’ll be able to add more as the game gets released. The vehicles are said to be spawned in places that “make sense” and not just somewhere in the middle of the map.

The Call of Duty Blackout Battle Royale vehicles are:

The variety of vehicles show the different things you can do in the game. You can ride the ATV across hilltops, although players should be careful as they can easily get shot. Use the Zodiac in order to move through the map quickly across waters. You can even use the Little Bird to drop the pain on your enemies from up above. The gameplay possibilities are endless.

Yes, you’ve read that right. Zombies will also be a part of the Blackout Call of Duty Battle Royale mode. Locations like Asylum and Lighthouse will have the potential to spawn the zombies.

Successfully exploring the infected locations will earn you a reward, a supply stash to be exact. This supply stash will give you weapons and other valuable items that can help you get the victory. Also, there’s this thing where you’re still playing with other players who would love to get the supply stash.

Are you guys excited for the new game? Let us know what you think in the comments section.