MSI, one of the most prominent names in the PC gaming industry, has a new killer gaming laptop. Meet the new MSI GT75VR Titan, the machine that’s poised to replace your desktop.

The MSI GT75VR Titan can pack two NVIDIA GTX 1070s on SLI. However, the Taiwanese brand was still able to keep the size relatively small. Sure, it still looks gigantic, but not as enormous as other dual-GPU laptops out there.

And speaking of GPUs, the GT75VR Titan will be available in three GPU variants. You can configure it to rock the said two GTX 1070 on SLI, a single GTX 1070, or a GTX 1080. Now that should be sufficient GPU prowess to power its blazing 17.3-inch display with 120Hz refresh rate.

We can thank the Full HD TN panel for the fast refresh speeds. But if you prefer quality over speed, you can opt for a Full HD IPS panel or a UHD one with 100% Adobe RGB coverage. This makes the MSI GT75VR Titan appropriate not just for gamers, but also for content creators. 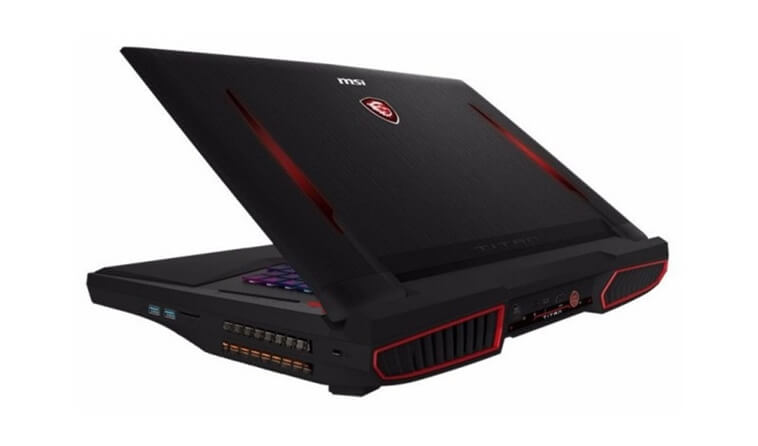 See also: MSI VR One is a backpack portable PC

It also brags an Intel Core i7-7820HK processor that’s overclockable up to 4GHz. The high clock speeds can be achieved thanks to its Cooler Boost 5 Titan technology. This new cooling design consists of two Whirlwind Blade fans connected to seven heat pipes. It will then disperse the heat to its four ventilation points.

To back up the powerful processor, the MSI GT75VR Titan can accommodate up to 64GB of DDR4 RAM, a 2.5-inch hard drive, and two NVMe M.2 SSD. Now that’s some real desktop replacement in terms of memory.

And of course, it wouldn’t be a real gaming laptop without the RGB mechanical keyboard. MSI tapped SteelSeries to develop the laptop’s keyboard for them. The MSI GT75VR Titan also shares the aggressive gaming look design that its competitors have with the diamond-shaped palm rest, fire-red accents.

MSI is yet to announce the pricing and availability. We’ll update this post once we have them.