It’s the best time of the year for all PlayerUnknown’s Battlegrounds (PUBG) battle royale players all over the world as it celebrates its 3rd anniversary.

The 3rd birthday bash for PUBG on the 23rd of March marks its three-million player legacy peak since it pioneered battle royale way back January 2018. As the developers extend their warmest gratitude for its steadfast fan base on its fourth year, PUBG Corporation pronounced its newest campaigns this 2020 from a new & improved game dashboard with a special chance for all players to win free loots.

It has also released a very exclusive Vikendi game preview for selected PUBG community members and business partners. The chosen participants shall be required to submit their initial feedback on the integral improvements that they have applied from the earlier game versions. 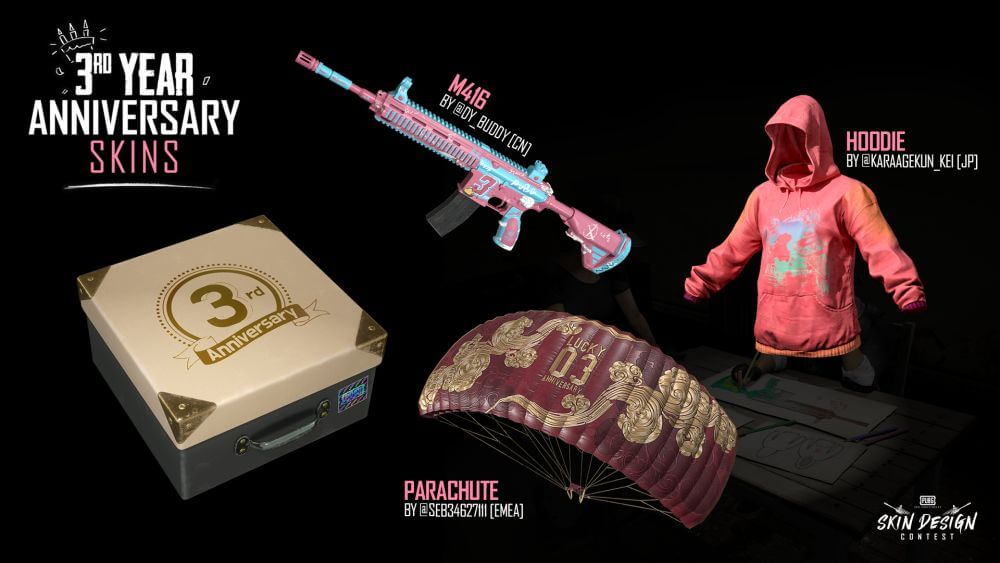 The game engineers have assured that there will be big changes in the game maps, community networks, player weapons, upgraded weapons, and interface reworks. Notably, it will feature more supplemental options for the game itself like the Arcade’s Team Deathmatch. Plus, they have also laid out game hotfixes and optimization for the player’s convenience.

Being chosen as one of the first players to enjoy the lush of the new game version will make you a recipient of a limited-edition item box as part of its 3rd anniversary celebration. It contains the topnotch items carefully designed and created by the winners of the skin design competition among the members of the PUBG community that includes a cotton hoodie, parachute, and M416 premium skin.

Those who play the game using a PC shall receive this 3rd Anniversary gift box between 7 pm of March 23rd to the same time of April 23rd Central Time by heading to the game store. Players who use console shall get its special reward box when they log-in on the dashboard between 26th of March 12 am and 11:59 pm on the 24th of April Central Time.