The smart speaker is a new category that every one of us expected to come. Since virtual assistants like Siri and Google Assistant sprung, we already knew it won’t be long enough until someone came up with a dedicated hardware just for it.

One of the first few companies to actually make one is Amazon. Their Echo line-up which consists of devices like the Echo Dot, Echo Plus, and even the ones with a screen built-in like the Echo Show.

These gadgets are not here just to play music, but also to take commands and answer random questions. More particularly, this is one of the main uses of the Amazon Echo Dot, as this thing is too small just to be a wireless speaker anyway. 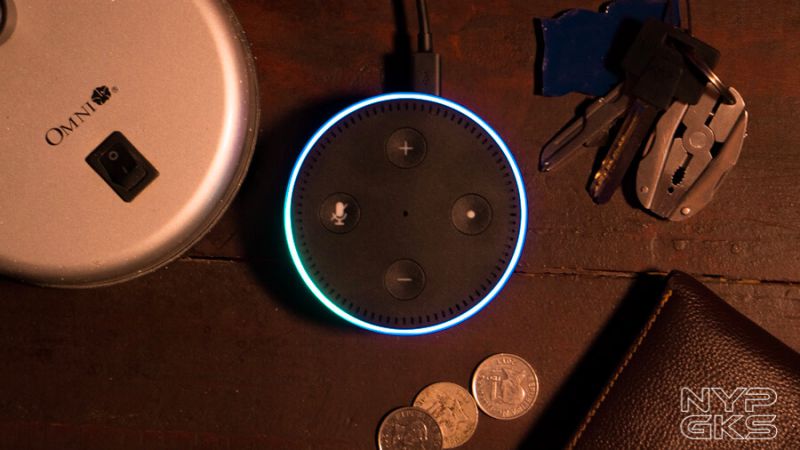 With that said, the Amazon Echo Dot only has the dimensions that fit entirely in one’s palm. It also has a black color, so you can put it pretty much anywhere in your house without looking too obtrusive.

Amazon Echo Dot does have a circular RGB light that surrounds it, which lights up in different colors and animations depending on what it is doing. You can also spot the four buttons above for volume adjustment, mute, and a dedicated action button.

The top is also surrounded with built-in microphone, so it can hear you wherever you are in the room.

As I said earlier, it’s built-in speakers is quite underwhelming. The speakers are bottom-firing, so it can utilize the table’s surface to slightly amplify the volume.

However, you can pair it with an external speaker via Bluetooth, or the 3.5mm headphone jack placed at the back. You can also spot the micro USB port in there which is the port where it draws power. 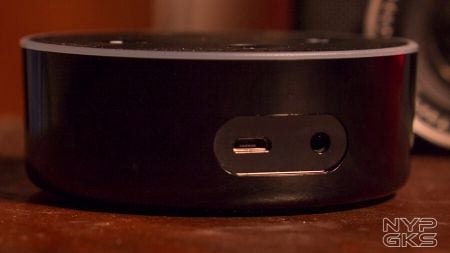 Now, enough of the introduction and mumbo-jumbo. Let’s talk about how this thing actually works as a voice assistant.

Like I said, the Amazon Echo Dot can handle different questions by searching the web, do specific tasks, handle your smart home devices, call for an Uber ride, and more.

To do that, the Amazon Echo Dot needs to have a capable processor. And yup, speakers like this do require a processor like the ones found on your smartphones. After all, this is a “smart” device, right?

With that said, Amazon tapped MediaTek to power the Echo Dot. They used a MediaTek MT8163 processor and an MT6625 chip for this unit. 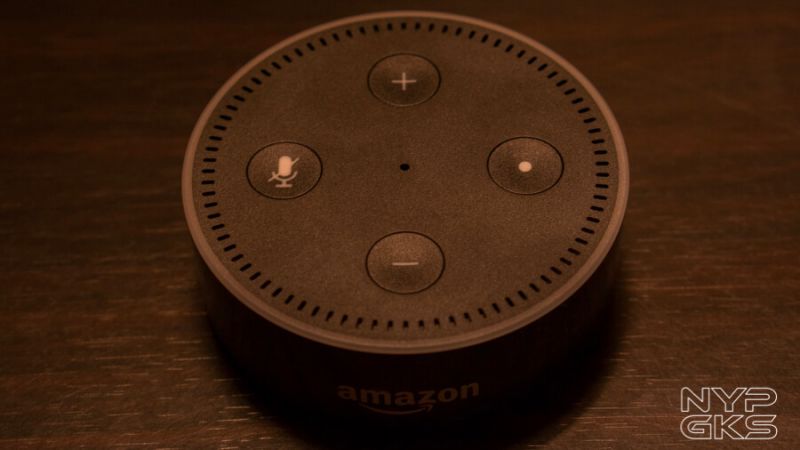 This configuration provided the Amazon Echo Dot with a 1.5GHz ARM Cortex-A53 quad-core processor, low-power WiFi and Bluetooth, multi-room technology, and even HD audio at 24bit and 192KHz sampling rate.

Thanks to this hardware, the Amazon Echo Dot was actually fast and responsive during my testing. It can answer questions really fast from “What’s the weather like today?” to random ones like “How tall is the Eiffel Tower?”.

Alexa — the name of Amazon’s voice assistant on the Echo Dot — can also do other tasks. I was able to ask it to play a YouTube video from our Android TV, and it did. I also asked it to turn our Xiaomi smart lights on, and it did in a matter of seconds.

All that was made possible by the developments went on through Alexa’s development, and also through the speeds provided by the MediaTek chips. 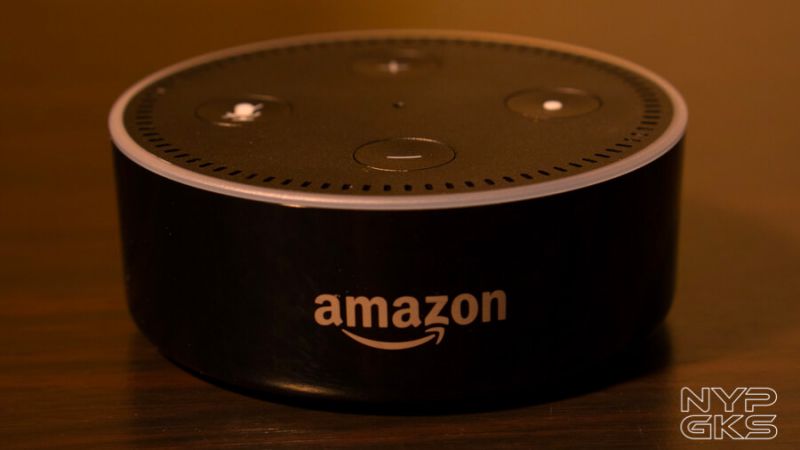 As of the moment, Amazon doesn’t provide an official support for the Echo Dot. So, you can’t download the Echo app from the Play Store or the App Store if the country is not supported. What you can do, however, is to download the APK file on other places. You also want to make sure that you turn off the third-party app installation restriction on Android’s settings menu to get it to run.

You may order an Amazon Echo Dot at Lazada Philippines for only ~Php2,600 ($52). See listing here.