Once upon a time, there were two apps so nifty—BatteryLife and Battery Percentage—they revolutionized iPhone users in knowing their devices in a way that Apple would not—see their iPhone’s battery percentage, load counts, and the remaining life such critical has in store.

For some time, both applications got past the Review Team that is meant to filter out programs that are deemed appropriate or not for the users to use as part of the overall Apple ecology.

Yet for applications that are so amazing yet so controversial, Apple caught up to the two programs which resulted to their removal from the Apple Store.

For users who have seen the capability of these apps, Apple’s move was akin to removing a certain freedom to users as given by a program that would have been built-in to their device. Being an iPhone user has never been the same since.

Related: How to bring back Slide to Unlock on iOS 10 devices

That was indeed the case for the avid iPhone users until CoconutBattery came, a macOS program so useful, it is taking the place of the aforementioned applications of their intended roles—to provide users of the intricate details only found in their devices’ batteries. 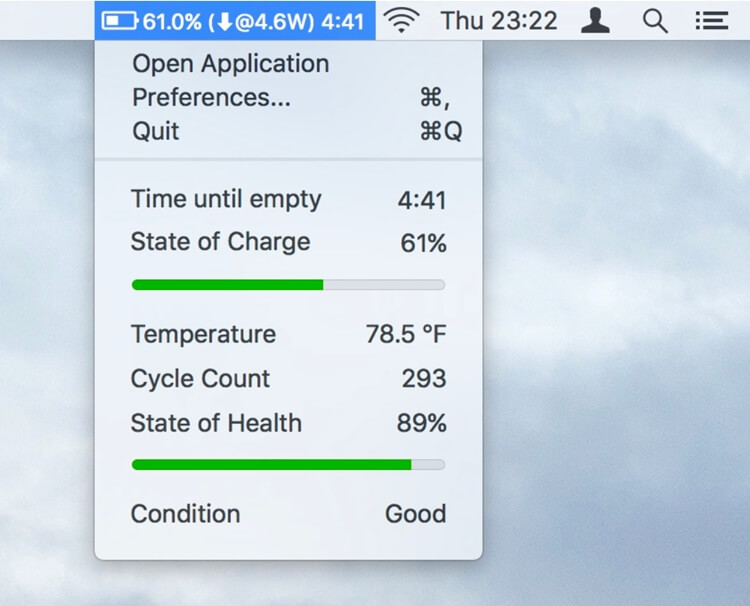 Not only does the application give important details such as for how many times has the device been through load cycles (useful in identifying whether your unit has been used before or not e.g. charged multiple times prior), it also can be used as a tool to benchmarking how the device’s battery degrades over time.

Neither an application to be found on the Apple Store nor a hack intended solely for jailbroken iPhone devices, users who are interested in knowing the ins of their iPhone batteries would only need a macOS computer.

To be perfectly clear, CoconutBattery is not an application designed to run in any of the Apple mobile devices, it is a macOS computer app. The need to connect an iPhone to a Mac computer is imperative in the program’s use and does its work.

Read: This text message can crash any iPhone on iOS 10, Here’s how you can fix it 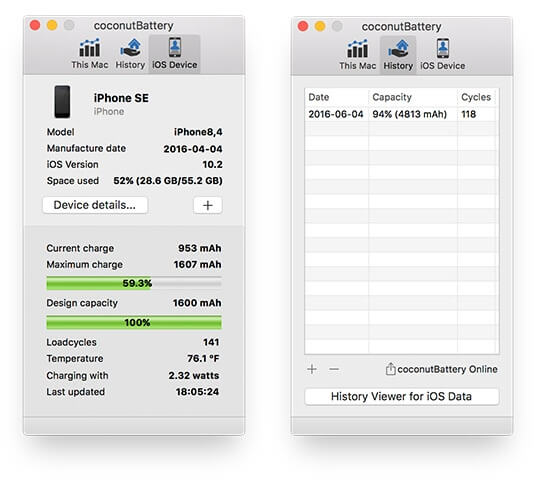 As secretive a manufacturer Apple is to its consumers, the application is unsurprisingly developed from a third-party developer outside of Apple. Yet for something so nifty, literally anyone would use it, CoconutBattery can be downloaded for free by heading to its website: http://coconut-flavour.com/coconutbattery/.