You must be both a Windows and a Linux-based user to know some of the major differences between operating systems, despite having similar origins with UNIX. One of the most notable variances between two is perhaps the existence of the feature called “Recycle Bin” on Windows while significant lacking it in any Linux-based OS, including the Android operating system.

For a long time now, the Recycle Bin makes for a hallmark of a Windows system (no pun intended), even among mobile devices running on Windows 8.1 or later upgrades.

Many people had always liked this nifty feature for a few good reasons. But probably the most outstanding reason is its capability to hold onto files which would otherwise have been eradicated from the system, particularly during an instance of an accident.

With it in place—and in Windows 10, when properly configured—the recycle bin is a lifesaver in restoring unintentionally deleted files or even those files you are second-guessing of actually deleting. 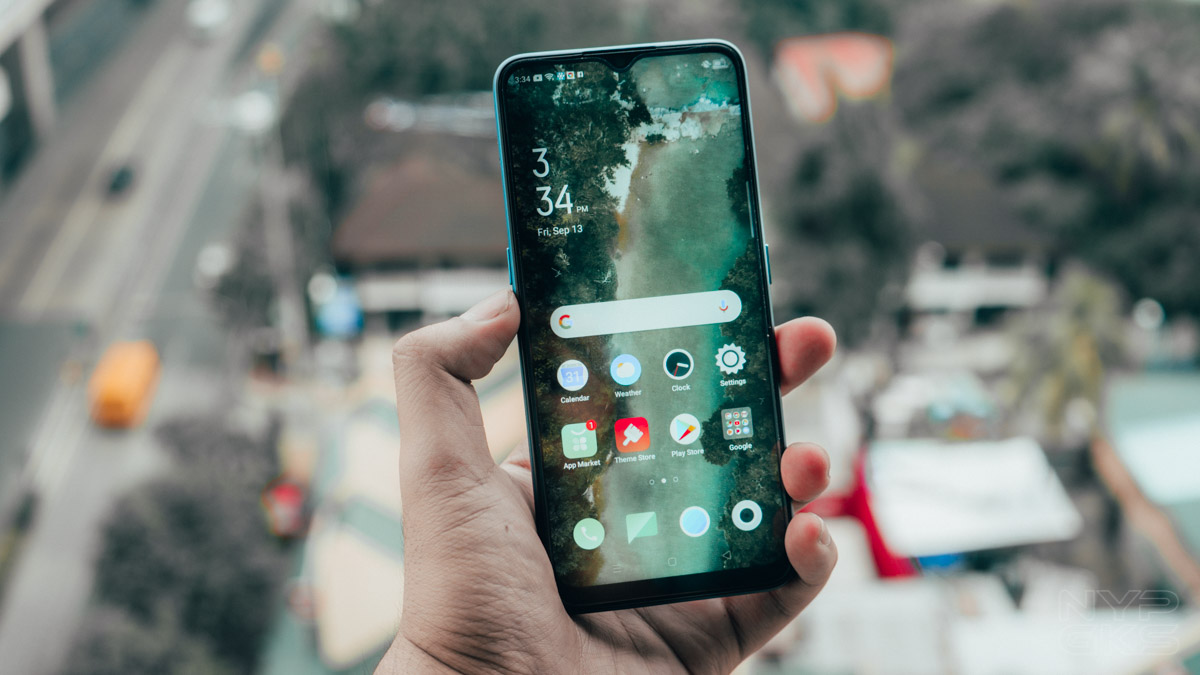 True to its name, the Recycle Bin is a repository for trashy contents which the user had either deliberately or even unwittingly deleted from their desktop PC. For users who have valuable information in their computers, such as a year-long work in a form of a spreadsheet, having to inadvertently delete such a file would be very costly in productivity and even the job itself.

One can only imagine how risky it would be for a user to switch to a system which neglected the very importance of a feature akin to the Recycle Bin, especially for doing clerical jobs, researches, and what not. And, for that same reason, you would know why the Windows OS remains the most-used computer system in the office across the globe.

Whether or not desktop Linux OSes already have an app which replicates the functionality of Windows’ Recycle Bin or not, one thing is true to its mobile derivative, Android—there is a way to replicate it.

Yes, if you are an Android user and you want to have the safe haven of a Recycle Bin, your risk of ever suffering the fate of losing a very important file accidentally is now removed. In fact, recovering delete images, videos, or any files on Android is fairly easy once you set everything up correctly.

But before you go into the assumption that such a handy feature is to become embedded in the next iteration of the Android OS, hold off the thought for a moment. It will not. Maybe in the future, but probably not in Android P.

By the looks of it, Android 8.1 Oreo will not be having an answer to the legendary Recycle Bin any time now. However, there is a workaround for it.

But, as previously mentioned, you could at least add a Recycle Bin feature to it. Here’s how: Step 2: Once installed, open the app for the first time and either read through the texts that will be presented to you or skip through them. 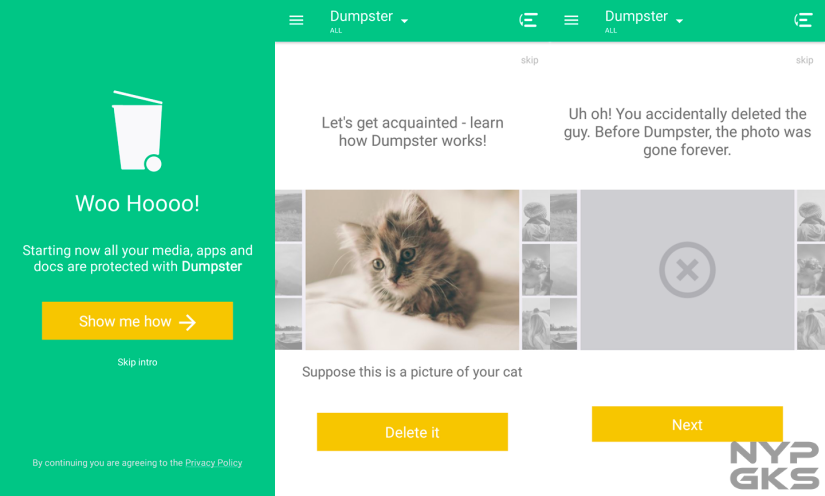 Step 3: Next, you will be presented with a mini tutorial on how the Dumpster app works. You would need to go through each one of them to get a good understanding of its features. 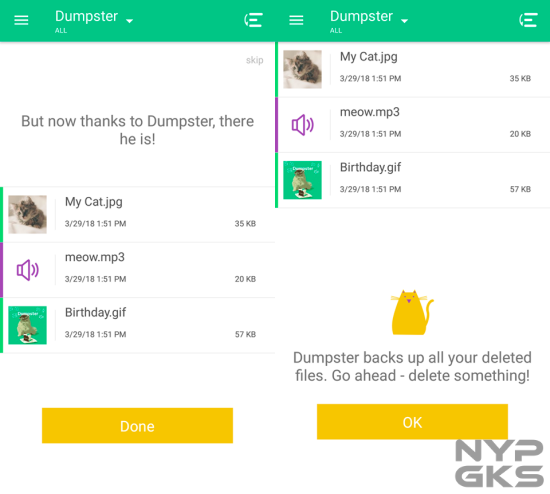 Step 4: After that, the app will ask for Storage Permission in which the user would need to allow. This is to let the software have the power to read, write, and delete data on the Android device. 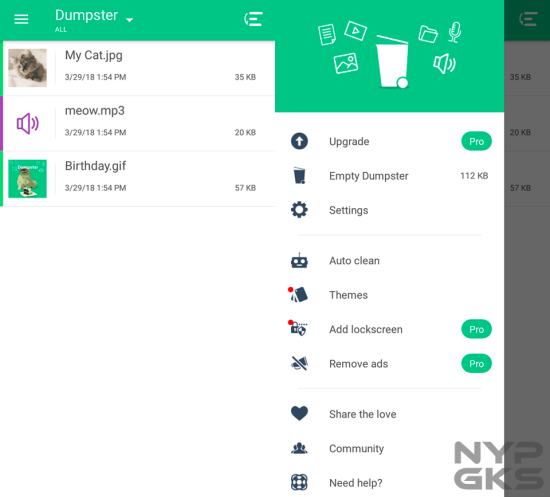 Step 5: Now that it is all set, click on the hamburger menu on the upper left side of the home interface of Dumpster. Go to Settings -> Recycle Bin settings and set which kind of files you want Dumpster to support in its Recycle Bin. By default, everything is turned on. 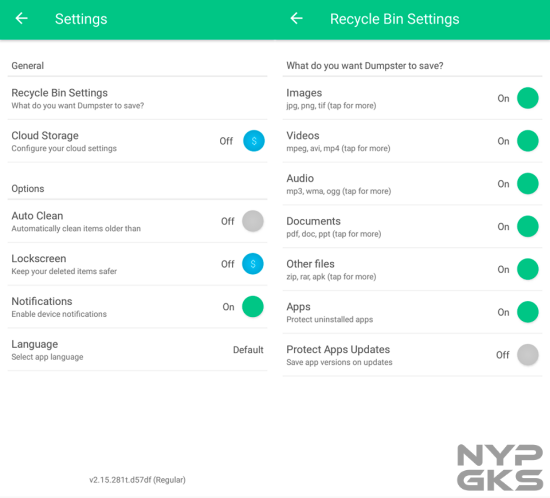 For rooted Android users, giving the app its needed superuser access would help smoothen out the software’s operation. But for those who are not rooted, it’s okay since the Dumpster app doesn’t necessarily require it.

The ES File Explorer has been quite popular as a reliable file manager since it was introduced to the Android operating system. Now, it has evolved into something just a facilitator of numerous files in your device—it also now has a “Recycle Bin” feature. Follow the steps below to enable it. 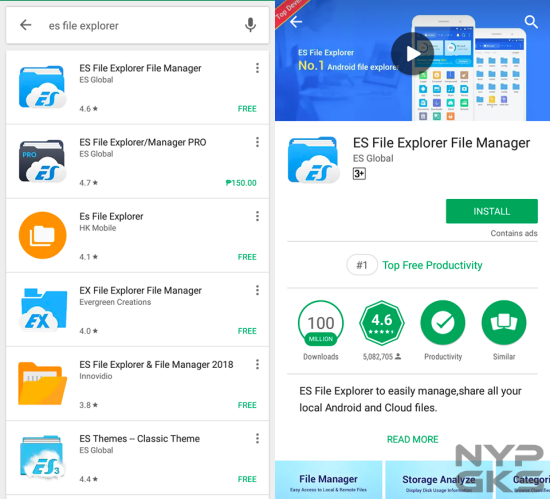 Step 2: Launch the app and look for the menu at the sidebar and click Settings. 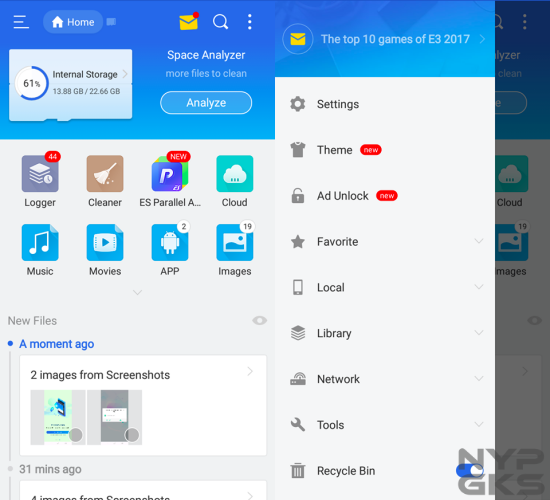 Step 3: Scroll down into the menus and look for the “Recycle Bin”.

Step 4: If it’s not yet checked, click it to turn the function on. Done! 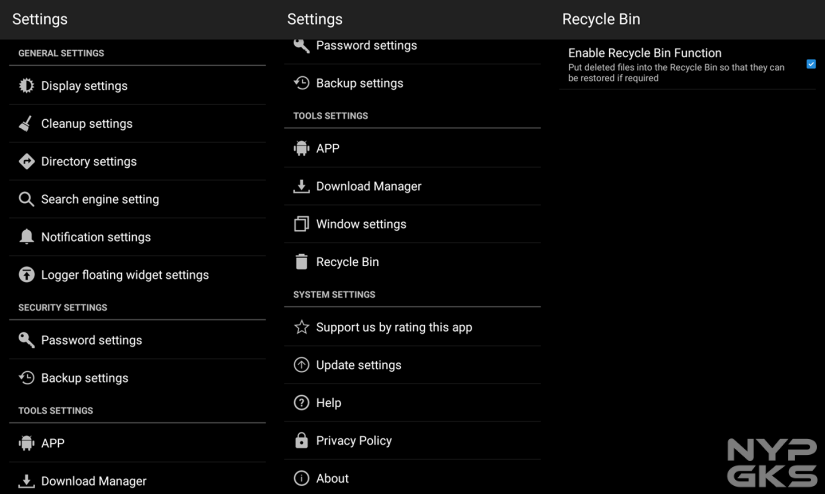 Just like that, ES File Explorer should now include an option for you to check the Recycle Bin which should contain any files you deleted.

Much like the case with the Dumpster app, giving ES File Explorer superuser access with a rooted device should give it more access to your device’s files and act as a safety net to some of them. But then again, it’s not really required so users can freely test it out on any Android device.

That’s it! Recovering deleted files on an Android device is easy, but you have to prepare for it. Of course, one can not predict when things like this can happen, but it’s best to cover the bases especially if you have important files on your device.

Like any of our other tutorials, feel free to drop questions in the comments section down below if you need a helping hand.