We all had our share of experience where we countdown on our WiFi (or mobile data) about to disappear whenever we travel to provincial areas. This puts us in an inconvenience because of the lack of signal or connection to the internet. How much more the people living in these places? Good news, DICT and UNDP has planned to make WiFi accessible in such locations across the Philippines.

The Department of Information and Communications Technology (DICT) has teamed up with the United Nations Development Program (UNDP) to make over 10,000 free WiFi hotspots possible in the Philippines, as mandated by RA 10929 or the Free Internet Access in Public Places Act. So far, they have made this feat happen on remote locations such as in Palawan, Isabela, Davao City, Lanao del Sur, and Albay.

Titograd Mitra—UNDP’s Office Resident Representative—along with Eliseo Rio Jr.—DICT’s Undersecretary—stays true to their commitment of supplying that 10,000 WiFi areas this year. The latter confirmed that around 3,500 WiFi hotspots have already been activated in various places of the Philippines. 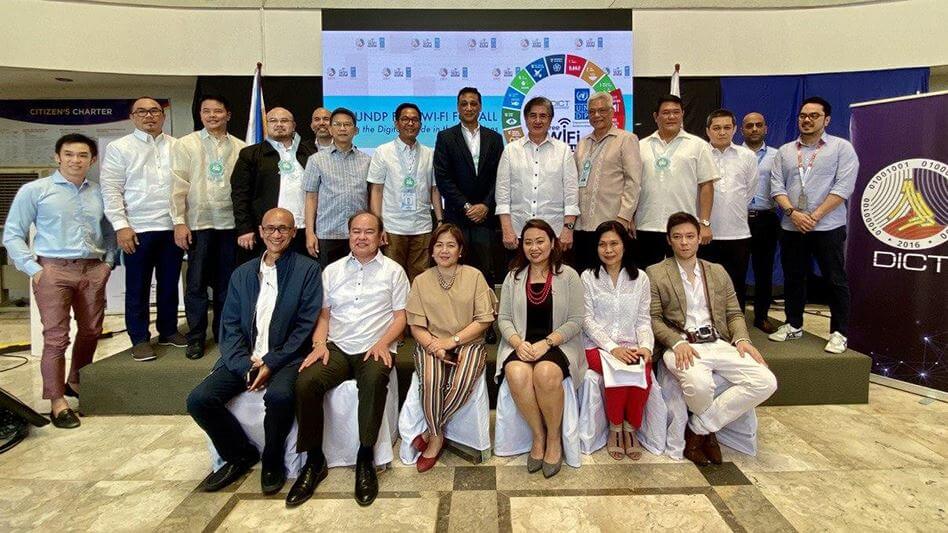 Rio states that they plan to install 3,000 hotspots come June, and another 3,000 by December. These can cater to more than a million users with up to 40 megabits per second per access point. When accessed by 100 or more users, they should each get an average speed of around 500kbps, which Rio says is “very fast enough”.

Furthermore, Rio expounds on the convenience such a program will support, that is, not only students or teachers can take advantage of it for academic purposes, but as well as those with business in agriculture. One example stated was that fishermen could simply take a photo of their catch, then post it on social media to have their fish ‘marketed’ online.

With free, fast, readily-available WiFi, this could mean an improvement towards communication in the nation. Remember that having WiFi access does not only serve as an entertainment purpose, but as well as getting across messages especially for those living in areas with poor cellular and mobile data reception.

What do you think of UNDP and DICT’s Free Wi-Fi for All program? Do you think there are pros and cons when it comes to hotspots in the Philippines? Let us know your thoughts on these using the comment section below.