Several weeks ago, we were in Cebu to test out Smart Communications’ improved LTE network.

We roamed around Cebu City and its famous tourist destinations to check out how big of an improvement Smart’s network.

In some spots, we only got the typical 20 to 30Mbps speeds in our tests. However, few areas actually registered over 90Mbps — which is far from what we usually get in Metro Manila.

It’s incredibly fast not only in speed tests but also in actual usage. I tried watching videos on YouTube and it loaded a 5-minute 1080p clip from start to finish in less than 30 seconds. 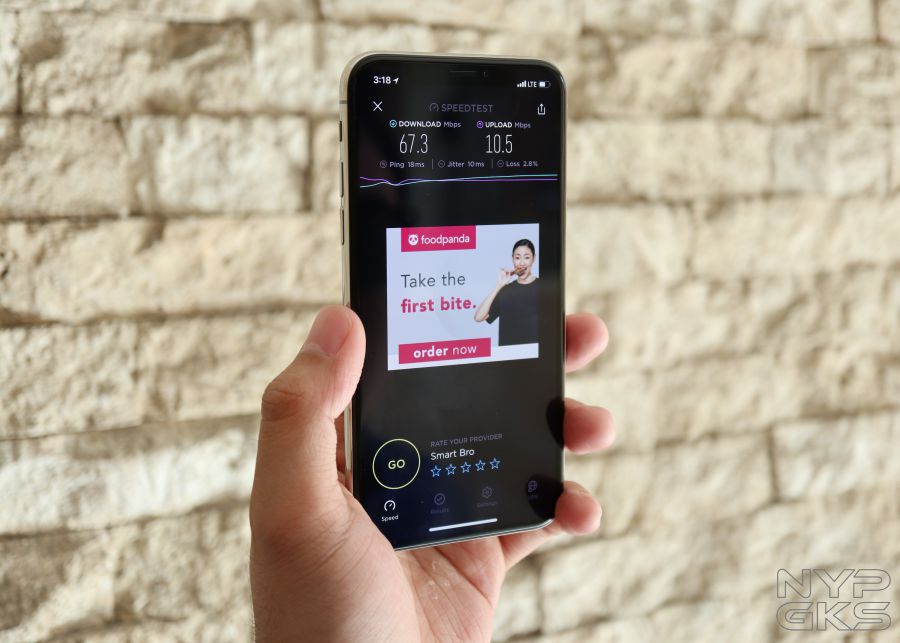 Meanwhile, downloading apps and games from the Google Play store and Apple app store are equally fast as well. I downloaded and installed Need for Speed: No Limits to see how long it would take for a 1GB file. And as expected, it was over in under a minute.

But should you go to Cebu to get this kind of LTE speed? Not really. Yes, you could, if you really want to. However, according to Smart, they are rolling out the network upgrade in more parts of NCR, too. In fact, the telco said that some parts of Marikina are also capable of achieving the same speed.

As of now, the company has not given information about the exact timeline on when will the network upgrade be completed. Don’t expect it to happen overnight, though, as system upgrades like this take time.

You can check out our actual Cebu SMART LTE speed test video here.