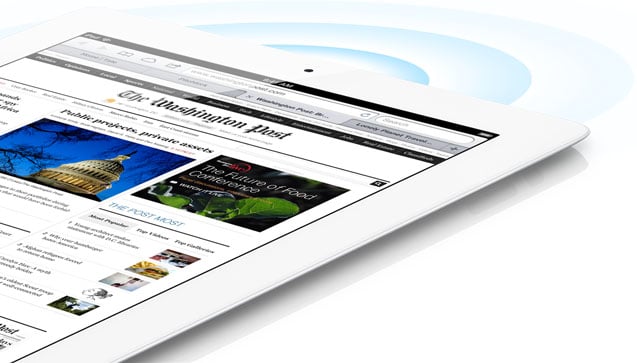 While a majority of people tuned into the October 23 Apple event to find out if the rumors would turn out to be true again about the iPad Mini, Apple also came out with a newly refreshed iPad 4. So soon? That’s exactly the same thought I had, knowing that the third generation New iPad was released barely 6 months ago. Still, Apple will do what Apple will do, and what we’ve got is essentially a spec bump to the New iPad the way the iPhone 4S was to the iPhone 4. So what’s different about this new release? The iPad 4 – or as Apple prefers, the Fourth Generation iPad (whatever) – comes with the mandatory boost to CPU processing power, replacing the A5X chip of the iPad 3 with a brand-spanking new A6X chip. This is more than just a bump in clock speed though. Like the A6 on the iPhone 5, the A6X for the iPad 4 likely isn’t based on another manufacturer’s reference design that they adapted for their own purposes the way they did with the A5X and older. It’s most likely Apple’s own design, and they’re even boasting that it’s twice as fast in terms of CPU and graphics power as the A5X on the iPad 3. Every generation of the iPad has seen a double in CPU and GPU, and the Fourth Generation iPad is no different over the Third Generation. However, what’s so remarkable is they were able to achieve that in just 6 months!

Another key specification that has been refreshed from the third generation iPad to the fourth is the front-facing camera. The iPad 3 came with a standard 0.3mp front-facing camera while the one on the iPad 4 is a 1.2mp HD camera that will allow you to maximize the Retina screen on your iPad during video chats. While the third generation iPad did come with support for 4G, the bands it supported were very limited, and places like the UK whose 4G bands weren’t supported could only surf on 3G, despite the iPad 3 having a 4G radio. Thankfully, the iPad 4 changes that, allowing for much wider global 4G support.

Like the iPhone 5, the iPad 4 replaces the aging 30-pin Apple dock connector with the new Lightning connector, which not only frees up a little more space inside the chassis, but is also supposed to charge the iPad 4 much faster and enable faster data transfer speeds than a conventional cable and charger can. This is supposed to be a good thing, considering the old 30-pin connector has been around since the first iPods, and it offers better functionality over USB, such as the ability to control third party accessories directly from the iPad itself while it’s plugged in. Plus, it’s reversible!

Of course, if the iPad 4 will be your first ever purchase of an iOS device, or if any of the other iPods or iPhones that you have already sport the Lightning connector, buying the iPad 4 shouldn’t be a difficult decision to make. However there continues to be a large market around Apple accessories that are based on the old 30-pin dock connector, and if you’re a long time Apple fan with a number of iOS devices and accessories at home, you’re going to be pissed. Sure, there is a Lightning to USB cable, Lightning adapter, and Lightning to 30-pin connector cable that you can buy separately, but they cost P990, P1,499 and P1,999 respectively. If you have a couple of old iPad docks at home, that’s Php3K worth of Lightning adapters that you would have to shell out for.

iPad 4 Price and Availability in the Philippines

The pricing is pretty straightforward for the iPad 4, starting with the entry-level 16Gb WiFi-only model at $499. The 32Gb and 64Gb WiFi only models will each retail for $599 and $699 respectively. If you want to take advantage of Smart and Globe’s networks for 3G or 4G surfing on your iPad 4 with WiFi and Cellular, the 16Gb, 32Gb and 64Gb models will retail for $629, $729 and $829 respectively. No word on official pricing and availability yet in the Philippines, but we’ll update you guys once it hits our shores.

So Should You Buy It?

It’s understandable for owners of the third generation iPad to be more than just a little pissed that their New iPad isn’t the newest out there anymore, but to be honest, aside from the A6X chip, Facetime camera and the Lightning connector, basically everything else remains the same on the iPad 4. They still have the industry-leading 9.7 inch display with 1536 x 2048 resolution and a pixel density of 264PPI (pixels per inch) and the iPad 3 will still give you the same 10 hour battery life that few other tablets out there can beat.

Sure, the newest generation iPad is supposedly twice as fast as the previous one, but unless you’re a gamer or use system heavy apps like video processing software and the like, you won’t likely be able to maximize that kind of speed anyway. Also, if you own an iOS device aside from the iPhone 5, you’ll definitely prefer the third generation iPad of the fourth generation purely for compatibility with any chargers, cables and accessories you might have around the house.

Of course, if the iPad 4 will be your very first iOS device or if you already own the iPhone 5, then going for the latest iPad should be a no-brainer. The same thing goes if you absolutely need the boost in CPU and GPU speed for serious computing.